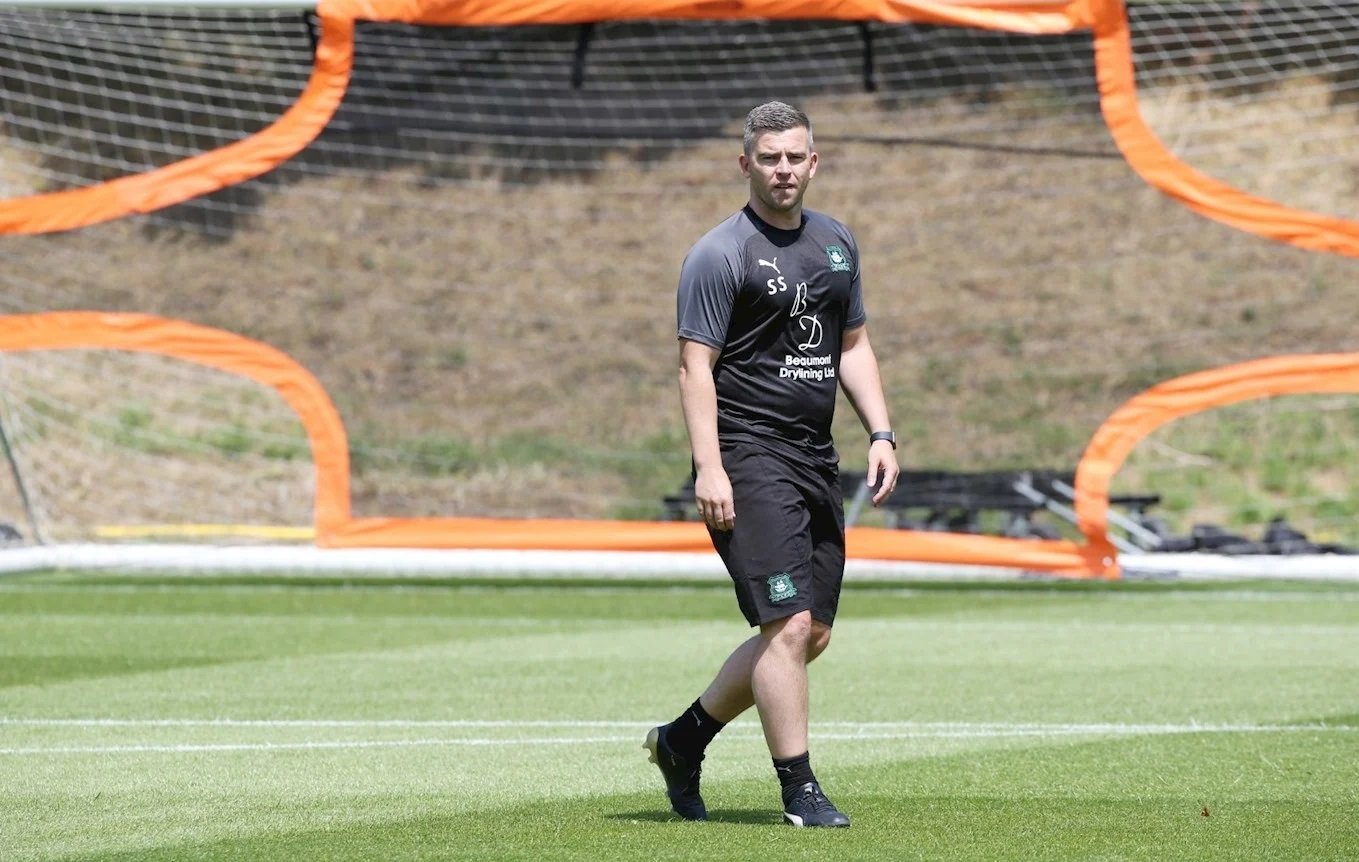 Argyle Assistant Manager Steven Schumacher may not be able to influence the players’ development on the training ground at this moment, but he is still finding ways to improve the team from home.

The Pilgrims’ promising Sky Bet League Two season was put on hold last month in response to the coronavirus outbreak, and, since then, Schuey has been delving into performance data to develop a better understanding of the team’s strengths and weaknesses this campaign.

“This time has actually allowed us to put a considerable number of hours into the stuff that you would like to do normally, but you don’t necessarily get the time because of games and training, “said Schuey. “You are very limited with the time you can get to put hours into collecting data.”

“It’s been good, it’s given me the time to do those things - but nothing beats coaching on the grass, being involved with the players, and that match-day feeling. So, it’s bittersweet, really.”

The Greens’ second in command, who joined the club along with Ryan Lowe in the summer after clinching promotion from the division with Bury FC, has spent hours trawling through data and footage of every goal Argyle have been involved in this season – both for, and against.

“It’s something that I wanted to do at the start of the season to collect all of the data and design a programme that will benefit me in the years to come.”

The exercise has, according to Schumacher, revealed a few surprises. He is, understandably, unwilling to divulge any details on what the data implies – but his hope is that this information will help the coaching staff develop sessions to improve performance when the season finally resumes.

“I can’t disclose exactly what we have found, because it gives away the advantage. But, there have been a few things have surprised us,” said Schuey.  “You go ‘I didn’t think that was going on’, or ‘I kind of felt that that was going on, and this has just backed it up’. It gives me more of an idea on how to construct sessions on our strengths and weaknesses. Because I’ve got the time on my hands, I’ve got stuck into it – and I’m digging into this for sometimes five, six hours a day.”

Performance analysis is just one element of a broader data-led approach being implemented at Home Park this season. A key part of Argyle’s growth strategy moving forward, the club is working with two data companies – Opta and 21st Club – to enhance recruitment activity, in addition to performance.

Schuey said: “We have been on with the data companies that we’re using to start modelling and shaping our recruitment – which we would have been doing anyway, since the January transfer window closed – and we’ve been able to go into that in a lot more detail.

“We’re spending a lot more time watching players, collecting their information, finding their background information. That’s been really good, and I’ve enjoyed that side of it.”

It is not just the coaching staff who have a desire to utilise statistics to enhance football activity – with Chairman Simon Hallett having a firm interest in using data to inform best practice across all areas of the football club.

“Having these data companies on board, and having a Chairman like Simon [Hallett] who strongly believes in it is a positive for the club, and positive for me.

“Data is not the be and all end all, you can’t just sign a player based on data alone – but it does back up your judgement, or gives you insights that you might not have appreciated in real time. It’s another tool – and I’m all for it.”