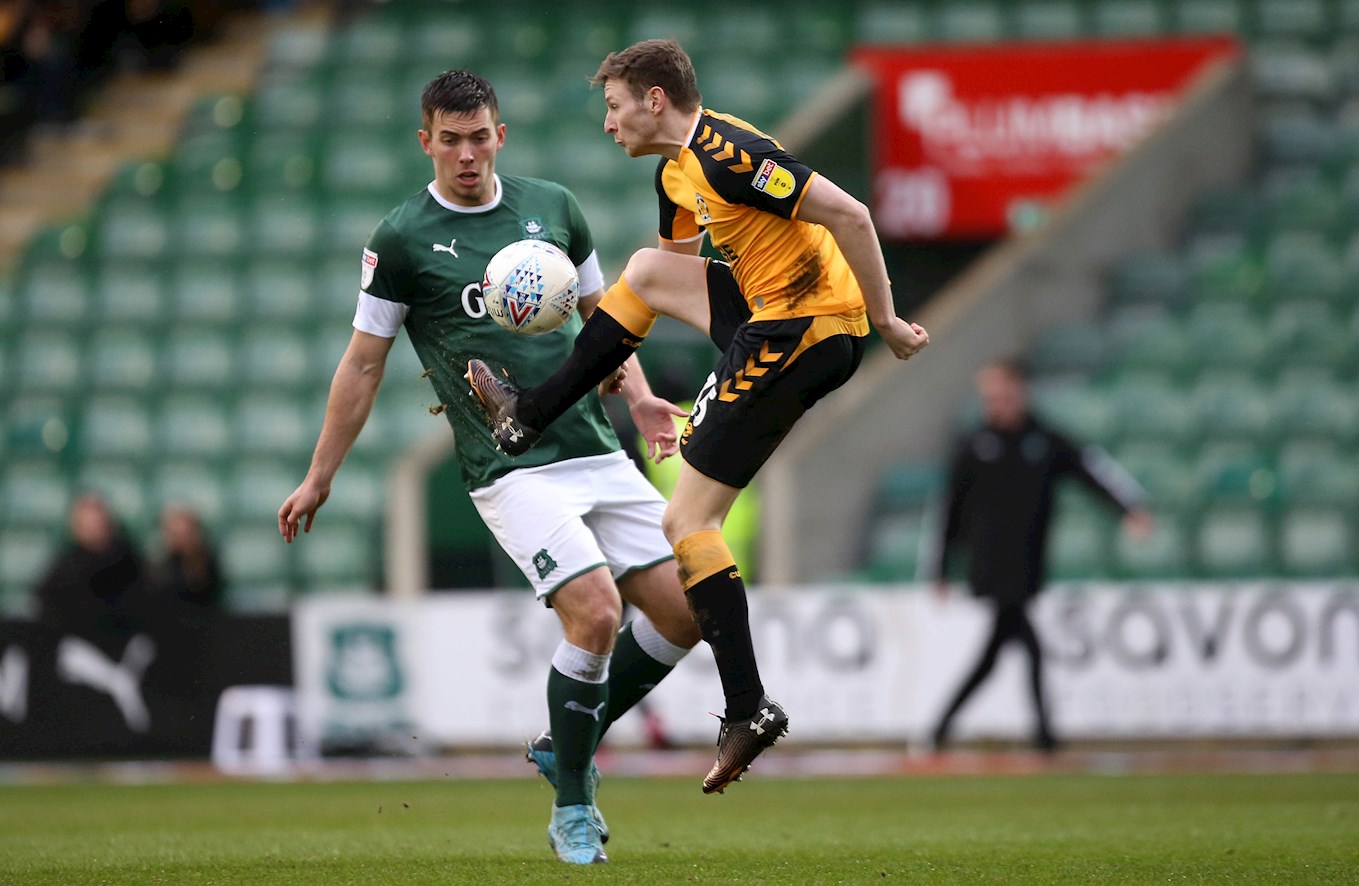 ALTHOUGH Argyle can derive many positives from their 0-0 draw with Cambridge United at Home Park this afternoon, Niall Canavan has admitted that it was a result that came with plenty of frustration for him and his team-mates.

“Yeah it was [frustrating], that was definitely the overriding feeling after that game today, a game which we dominated and just couldn’t find the goal – it just didn’t drop for us today,” he said.

“That’s how teams are likely to come and play here now. They know that we’re a good footballing team and we can get it moving. They hoped that they could stick players behind the ball and stop us from being able to break them down. Sometimes you need it to drop for you, get a bit of luck maybe and today we just didn’t really get that.

“There were no real clear-cut chances, I know we had one off the line but just a real frustrating result for us really. I knew I’d beaten the ‘keeper [with my header]. The guy on the line did his job today and saved them. Fair play to him.”

For Naz and the Pilgrims. it’s a case of looking forwards now, recovering in the right way and focusing on the next challenge at Bradford at a time when the games are coming thick and fast.

“To have this congested period at this time of the season is quite a big ask psychically but I think the boys have dealt with it well,” he said. “We’ll use this next few couple of days to have a breather and recharge, refreshed to go into the Bradford game.

“Sometimes it might not be the physical rest you need but a mental one, so time away from the football side of things is good. I’m going home for the weekend to spend time with my kid, just to recharge and take my mind off things for a little bit and then I can come back in and be ready to go and push on once more.

“I think even when you’re away you’re still switched on to what your ultimate goal is, but it’s just nice to just relax for 24 hours or more if you can – do the things that perhaps you can’t always do that often.

“Most of the boys have had enough seasons to know what works for them and the young boys generally don’t always feel like they need a rest – they’re just spring chickens. Everyone will have time off to do whatever they feel is necessary.”