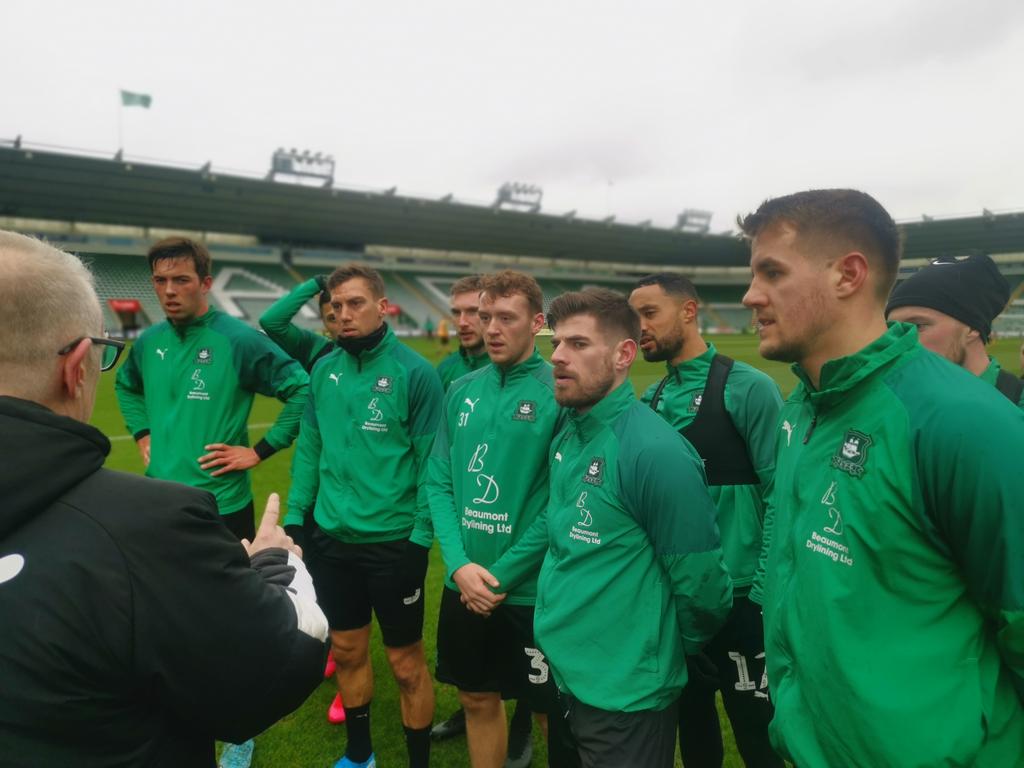 THERE was plenty to cheer about at the Argyle Community Open Day last week and, thanks to Joe Edwards, one man in particular was left with something rather grand to celebrate.

Big Green Lottery member, Michael Perry had his number drawn by Joe in a competition between himself and nine others of the team in which the first ball to land in the tube made their chosen BGL member £12,000 richer.

It was Joe who managed to chip his ball in first and then phoned the winner with the amazing news.

“It was good actually,” said Joe. “We all had a number to pick out and I picked out his, so I had his pressure on my shoulders. It was the first one to get it in [the tube] and I chipped the ball in first.

“[Michael] wasn’t actually here at the time, so I had to ring him after and let him know the good news. Him and his partner were on the phone, she was a bit more excited than he was, but it was good. He seemed really happy.

“He actually sent me a card on the Saturday after the game with a little bit of money in to buy the boys a drink, so thank-you very much for that. I’ll have to thank him in person when I see him, but he is £12,000 richer.”

The funds from the Big Green Lottery go towards the club and the Academy, so Argyle benefit from it massively, but it was time for one of the members to receive

“We all won, it was a good cause and [Michael] came out on top, so it was unbelievable,” said Joe.

For more information on the BGL, please contact bgl@pafc.co.uk or you can sign up online for less than £10 per month.