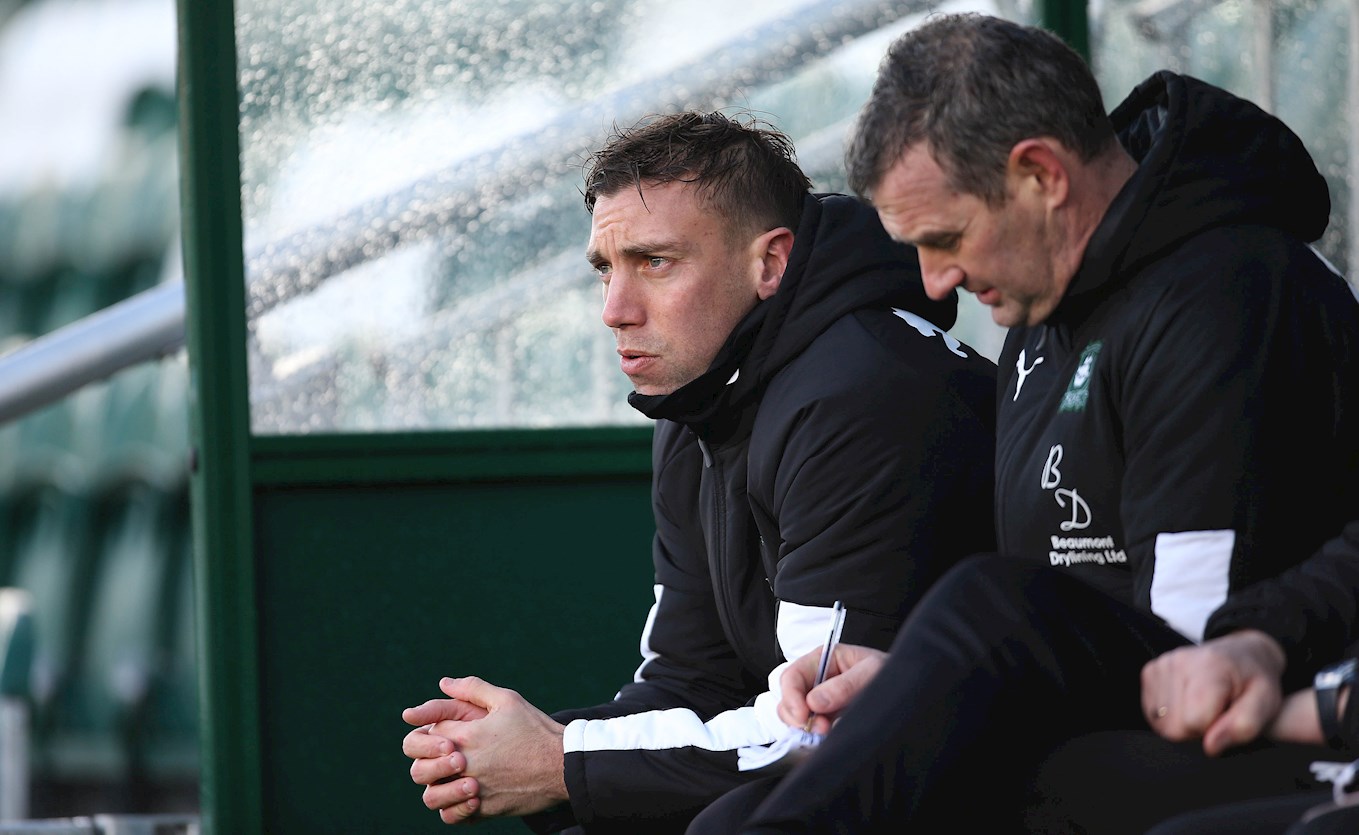 ATHOUGH we may not want to think about it for quite some time, skipper Gary Sawyer, at the age of 35, is beginning to explore other avenues within Argyle as he prepares for life on the outside of a football pitches white lines.

While serving a recent three-match suspension, the captain was on the Home Park bench in a coaching capacity, alongside first-team coach Kevin Nancekivell, as the young Pilgrims took on Everton in the Premier League Cup on February 10.

The Greens went down 4-0 on the day, but having had a taste for the coaching side of the game, Gaz wants more exposure to what that entails.

“It’s something I am looking at,” he said. “It’s something that I’m interested in, obviously with the suspension and the boys being away, so Nance asked me to help him out with that. It was great, it was a good insight into what it’s like, standing with your coat on, not as enjoyable as playing, obviously.

“I don’t think I’ll ever find anything that will match that [playing football] but it was great to have a look and see what it’s like, so it’s definitely somewhere I’m looking at going.”

Competitive as ever and with Argyle connections in mind, he believes the fact that he and good friend [Swindon goalkeeper] Luke McCormick are both pushing for promotion in the latter stages of their careers can only be a good thing.

The captain and his current Pilgrim team-mates are now training their thoughts on the big match at home to Cambridge United in Sky Bet League Two tomorrow.

“Me and Luke [McCormick] obviously speak a lot, it’s nice that we’re both in this situation where we are both pushing to get promoted. He is in a similar situation to me, when we are coming towards the end of our careers and having something to push for, it’s great for us.”