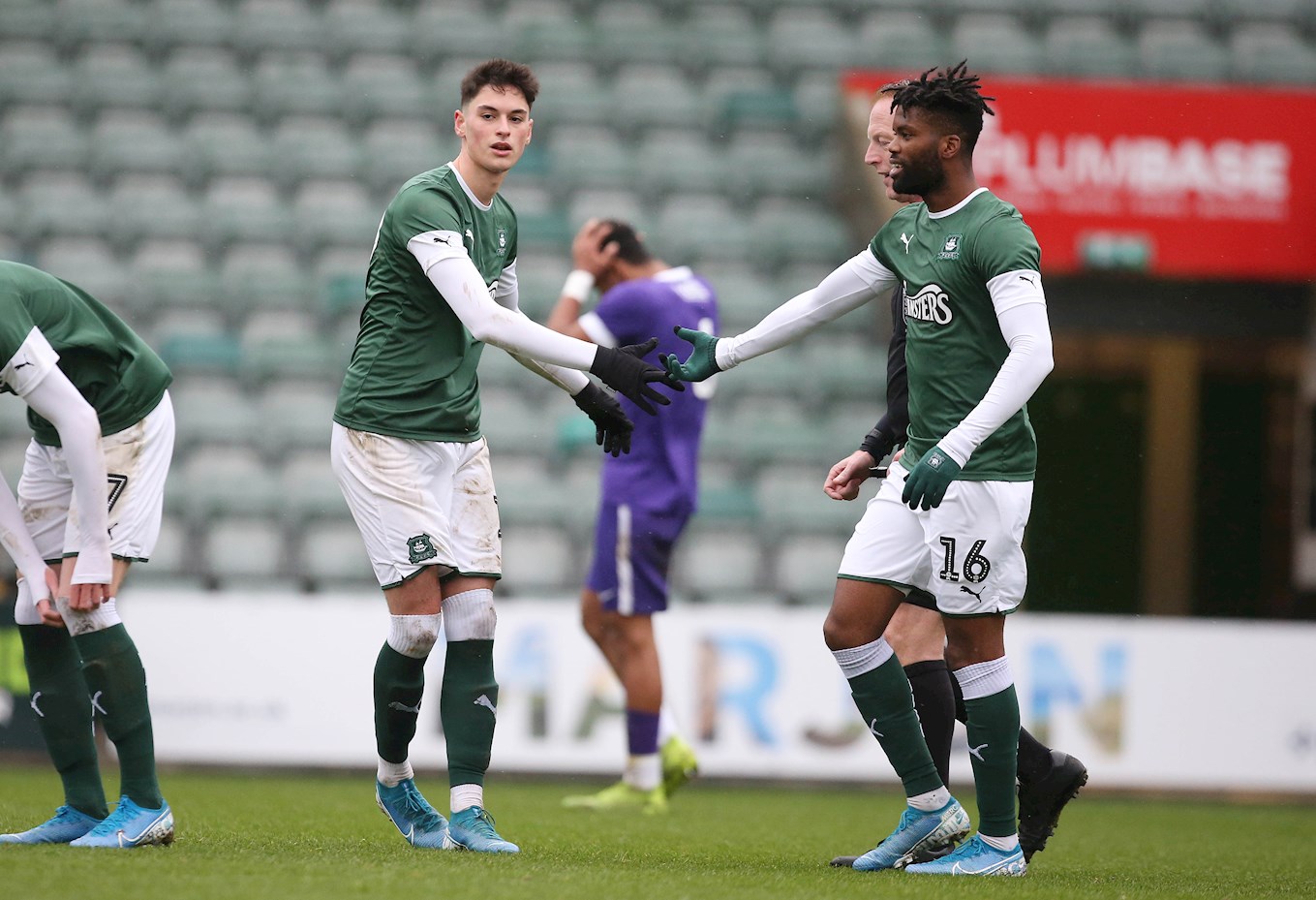 YOUNG striker Klaidi Lolos is one of many emerging Pilgrims learning from the example of Luke Jephcott that hard work and commitment can bring football rewards.

After spending the first half of the campaign on loan at Truro City, Jephcott was recalled by Argyle manager Ryan Lowe and has banged in successive braces in the Sky Bet League Two victories at Scunthorpe and Carlisle.

Klaidi is another player with undoubted quality and scored a fine goal in the midweek draw with Portsmouth in the Central League Cup, but the key now is adding in hard graft to the talent.

“He [Lolos] has certainly got the potential because he does things that make you go ‘wow’, but he needs to do the other side as well,” said Ryan.

“Lolos is starting to do that now because we’ve told him. I said to him last week when we trained at Wigan, ‘don’t be foolish, you’re on the bench for the first-team tomorrow [at Carlisle], give yourself the best opportunity’.

“He’s scoring goals now and we want him to work his socks off. If it’s two sessions or three sessions a day, whatever it is to show me you’re doing well and working hard for yourself and the team, then he’s got every chance.

“There were glimpses [on Tuesday] and he’s got bundles of talent but what does Zlatan Ibrahimovic say: ‘hard work beats talent when talent doesn’t work hard’. He is trying, bless him, and we do run him into the ground.”