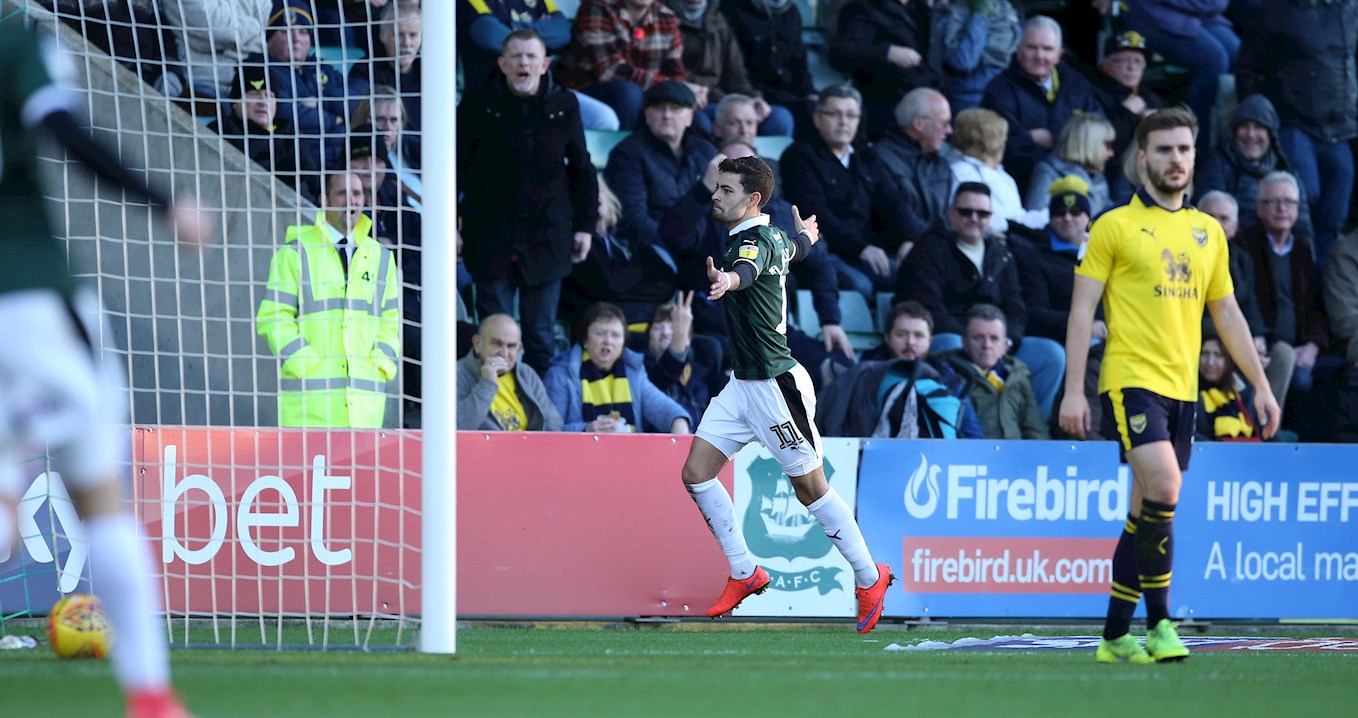 First time: Bob Jack’s Pilgrims kicked off 1921 by beating Merthyr Town 2-1 in a Third Division fixture at Home Park. Our goals were scored by Arthur Dixon and George Sheffield.

Our first away game in the EFL on New Year’s Day came in the 1926-7 season when Jack’s promotion chasing team were humbled 2-6 at Bournemouth and Boscombe Athletic. Jimmy Logan and Jack Cock were our scorers.

Last time: Exactly 12 months ago, Derek Adams’ team won 3-0 at home to Oxford United. Antoni Sarcevic and a brace from Ruben Lameiras gave us our best ever home victory on this day of the year.

Away from home, our last EFL match on this date came in the 2012-13 season. A 1-2 defeat at Bristol Rovers proved to be the straw that broke the back of Carl Fletcher’s reign as Argyle manager. Our goal that day came from Conor Hourihane.

Biggest win: Bob Jack’s Greens started 1931 with a bang by winning 4-0 at Barnsley. Tony Bird (2), John Pullen and Tommy Grozier scored for us. This win came just five days after Argyle had suffered what was at the time our biggest ever EFL defeat, 1-9 away to Everton.

As has already been mentioned, our best home win on this date is 3-0 which came against Oxford United last year.

Heaviest defeat: 1936 started in miserable style for all Argyle fans as their team lost 0-5 away to Newcastle United. Despite this defeat, Bob Jack’s team went on to finish in seventh place in Division Two, two points and one position better than Newcastle.

At home, our worst, indeed only, defeat on this date came against Reading in 1988. Dave Smith’s Argyle lost 1-3 with a Tommy Tynan penalty being our only consolation. The result was, to put it mildly, disappointing as the Royals were to end the season by being relegated.

Most goals in a single game: Eight in the 2-6 defeat at Bournemouth and Boscombe in 1927 and a 4-4 draw at home to Cardiff City to kick-off 1986. Kevin Hodges, Gary Nelson, Kevin Summerfield and John Clayton scored for Dave Smith’s promotion-bound Greens in the latter match. Cardiff finished third from bottom and were relegated at the end of the season. Their New Year’s Day cause was helped by an injury to Argyle ‘keeper Geoff Crudgington, which led to right-back Gordon Nisbet taking over between the sticks.

Further interesting facts: It is interesting that we have only played 34 EFL matches on New Year’s Day. This is explained in part by the fact that January 1 only became a Bank Holiday in England in 1974.

This will be the second time that we will have played Swindon Town on the first day of the year. The first time was in 1991 when Dave Kemp’s Pilgrims drew 1-1 in the Second Division at the County Ground. Robbie Turner was our scorer.

Our most common opponents on January 1 have been Bournemouth and Cardiff City, both of whom we have faced on three occasions.