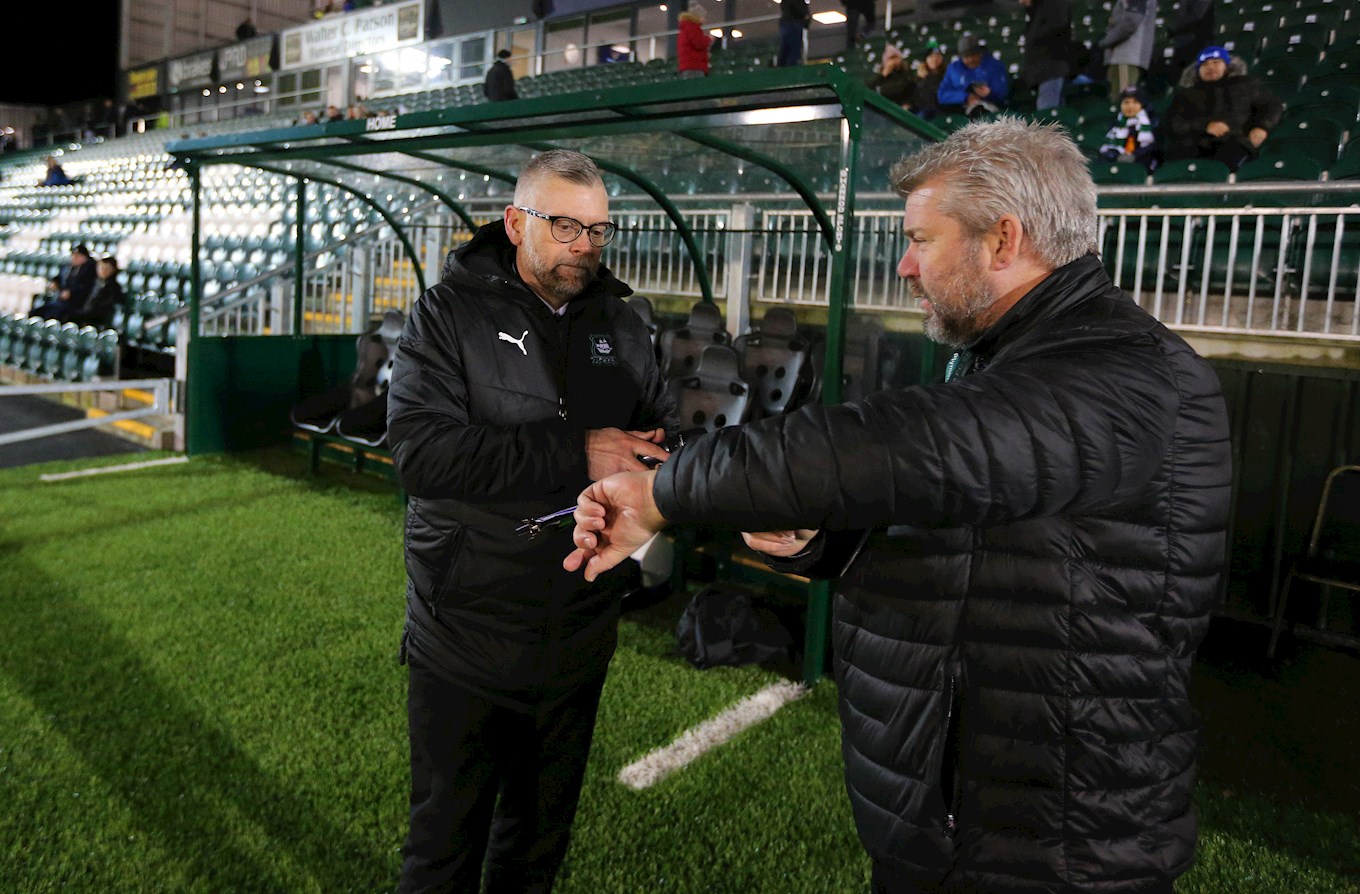 THE 30-minute delay to kick-off for Tuesday’s 2-2 draw with Crawley Town had no impact on the Pilgrim performance and manager Ryan Lowe was just grateful to his opposite number for agreeing to the new start time.

A number of traffic problems on the A38 and around Plymouth made it very difficult for a large number of Argyle supporters to reach Home Park in time for the original kick-off time of 7.45pm.

Following consultation with the match officials, Crawley boss John Yems kindly agreed to the delay, allowing as many supporters as possible to enjoy the full match.

“We need our fans here and I felt it was a little bit different because, when I turned up in the car park, there was no-one there,” said Ryan.

“You wonder where they all are and do they know there was a match, but then I was made aware of the thing that happened on the A38.

“The ref came and asked us, and their manager was good as gold. He could have gone against it and said he wanted to play it now because coming to Home Park is hard enough as it is, let alone with 9,000 screaming Green Army fans.

“John was different class and it didn’t affect us - we had a great start, the first 15 minutes were very good.”