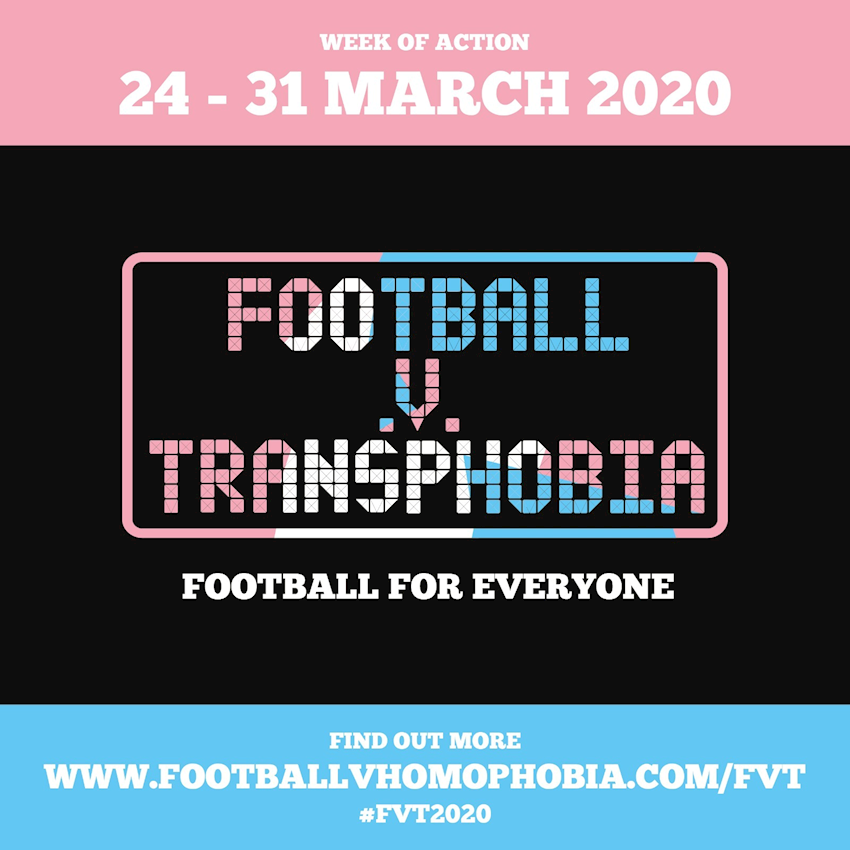 THE “Week of Action” to tackle transphobia in football is returning for its second year, in the setting of increasing transphobia across Europe.

Football v Transphobia is part of the international Football v Homophobia campaign, which aims to challenge discrimination based on sexual orientation, gender identity and gender expression at all levels of football.

The Football v Transphobia Week of Action aims to amplify the largely invisible voices of trans people involved in the game.

"Football v Transphobia is particularly vital this year as we see widespread misinformation about the role of trans people in society at large, but particularly in sport. Football plays a huge role in British society, and trans people are absolutely part of that. From playing to selling tickets, coaching to refereeing, we're here to celebrate the trans people enriching our sport every day, and to help people understand how to make us feel safe and welcome"

According to Football v Homophobia and Pride in Football’s End of Season Survey 2017/18:

Football can still be an intimidating environment  for trans people, due to the culture in stadiums and within teams fuelled by negative attention from some parts of the media. In spite of this, many trans people are currently active in football as players, fans, and officials, or would like to be involved.

Through the Week of Action, Football v Transphobia will highlight the barriers and challenges trans people face in participating in and attending football as well as the positive contribution trans people are making to the beautiful game. The Week of Action will also show people how they can be active allies for the trans community and support their inclusion in football.

Clubs, organisations and individuals are all encouraged to get involved to show their support to the trans community. Any activity on social media can be tagged #FvT2020.