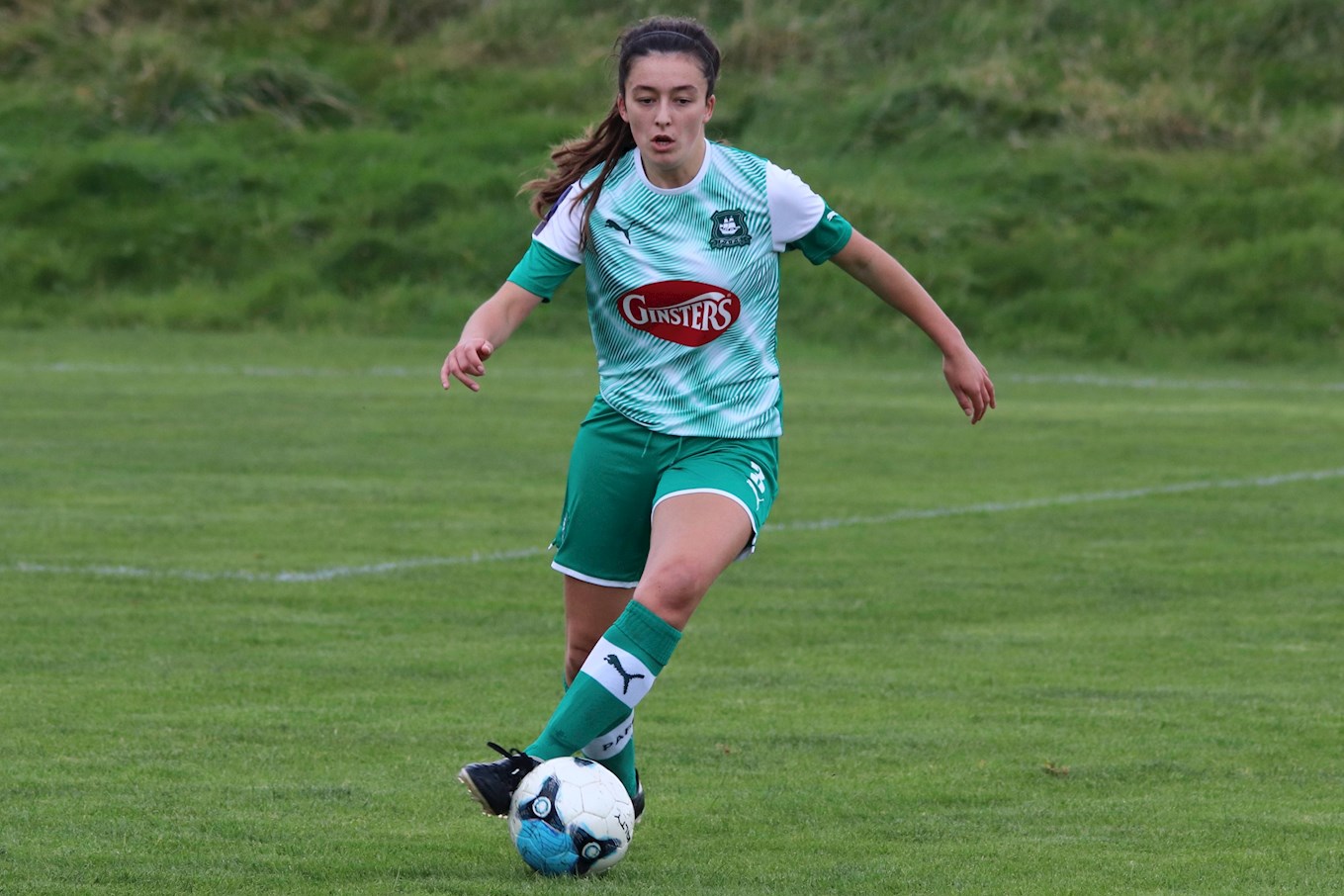 A DECIMATED Argyle Ladies return to league action on Sunday when they receive Hounslow in a National League Southern Premier Division match at the Manadon Hub for a 2pm kick-off.

The Pilgrims won the away match 8-0, with Natasha Knapman hitting five. Unfortunately, the striker hasn't scored in the last four games after netting a double against Buckland Athletic in the Devon Senior Cup and is unavailable for this match along with three other first-choice players.

After a season of injury concerns, manager Dave Leonard and his staff of Marc Bonney, Vicki Fannon and Jason Haswell along with director of football Trevor Rodd have worked absolute miracles in just fielding a side on a Sunday, not forgetting the terrific work put in behind the scenes by physio Hannah Robertson to get eleven fit players on the pitch.

“Every week I have to find square pegs in to round holes,” said Leonard. “Despite this, the girls give their all every week when wearing the green of Argyle. Their team spirit and togetherness has been outstanding and it is to their credit that they continue to wear the shirt with honour.

“I have never seen anything like it, not only have we not got Tash (Knapman) but also unavailable is Panagiota Papaioannou, Faye Ivall and the injured Bow Jackson. We will also be having a late fitness test on Steph Beck.

“I can't name a squad yet as I will have to have a roll-call on Saturday to see who is fit and available. Thank goodness we have a Development squad. It is bad news for the club but it is a great opportunity for the youngsters to show what they can do.

Argyle are at home for the whole of March with Portsmouth, MK Dons and Oxford United their next opponents, so a victory this weekend is imperative.

The development side playing a league cup quarter final tie against Bristol Ladies Union at Marjon for a midday kick-off on Sunday. Bristol are having an excellent season, having lost just once in the Northern Division and Bonney is under no illusions at the task ahead, saying:

“A big improvement is needed, we cannot expect to put in a lacklustre performance as we did last week and expect to get a result this Sunday. It was a scruffy win [last week], but we will take it and move on.

“It will be a test for the youngsters as they pit their wits against a team from a higher division. The rebuilt Development side has a freshness and a youthful bounce about them. Despite setbacks in their first three games, they have put together a good run of results both in the League and Cup competitions.

“The squad will be dictated by first-team call-ups and a couple of fitness tests. I know what this team is capable of when they are on it. They are capable of beating anyone and despite being a big test, it is one that they can overcome.”