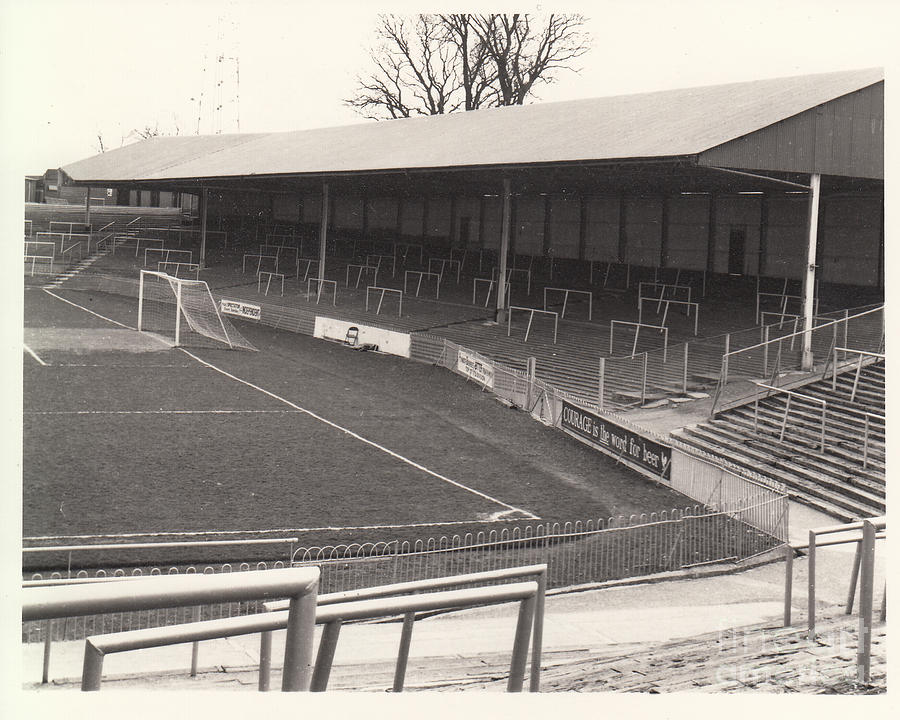 This series is a mix of reliving great occasions and players of our club as well as a few personal anecdotes.  The latter is the focus this time around, and although it’s my experience I hope you can certainly relate to aspects of how you started supporting Plymouth Argyle.

I am Plymothian and have my father to thank for my very early introduction to life at Home Park. Norman Sparks was Secretary of the Argyle Shareholders for 25 years and also President of the original Vice-Presidents’ Club.

His season ticket was for seat E94 in the Grandstand and he was there from well before taking me to games as a five-year-old, into my commentary days when we could wave to each other as he settled into his position for each game.

Looking across the halfway line, he was alongside the directors’ box and when I sat next to him, even at a tender age I would be somewhat starstruck at well-known names in football and local personalities in attendance, some for scouting and others for pleasure and guests of the club.

Of course, the seats very close to the directors’ area made it easy for supporters to vent their frustrations (perish the thought) at the chairman and at times the manager. Back in the day, it wasn’t that unusual for the manager to take an elevated position, maybe for the first half. Malcolm Allison comes to mind, unmissable in his distinctive fedora.

If the manager swiftly rose from his seat to rush to the dugout, you knew there was something he wasn’t happy with.

I quickly established that certain phrases were standard when watching the proceedings. We are all familiar with the phrase “Bl***y rubbish, Argo.” The first time I heard it was from a Polish gentleman, a season ticket holder sat nearby in the late 1960’s.

With his rich accent, he would bellow those three words at the mere loss of control by a player who let the ball slip out of play for a throw-in.

If a home defeat was suffered, there followed a cacophony of discontent from those around, which the chairman and directors could not fail to hear.

“Change the goalkeeper.” “Buy a decent striker.” “Sort it out!”

At those times, the directors would beat a hasty retreat. Quite an observation to a young lad.  Is this what football was all about?  Enjoying nothing more than having a good moan?

Of course, the vantage point I had not only gave a tremendous view of the action, but I was awestruck by the antics of the fans on the terraces.  Chants would start, some of which were accompanied by the massed ranks of the Devonport End holding up their green and white scarves in unison.

I wanted some of that!

As I entered my teenage years, I pleaded with my dad to allow me to watch games from behind the goal.  Some of my school friends were already regulars there and by the time I was around 16, he relented.

I was given the opportunity to go and savour the atmosphere first hand. The excitement of pushing the turnstile near the main entrance to the stadium and getting a spot against a crush barrier right behind the goal.

It wasn’t only the vantage point that excited me, but the smells. Fans all around me with their pasties in paper bags, the proper football smell of Bovril (or was it Oxo?) as people swapped the drink from hand to hand as it was so hot.

As the terrace gradually filled ahead of kick-off, the chanting would start. A loud voice at the back of The Devonport End would orchestrate proceedings and it seemed everyone joined in.

I admit that some of the chants were an education. Some with words I wouldn’t have heard from those in the premium seats of the Grandstand. The lone policeman patrolling in front of the Devonport End, pacing up and down behind the goal, seemingly engaging a deaf ear.

But most were repeatable.

“I was born in the Demport End”

When an opposing player went down injured:

“You’re going home in a Plymouth ambulance” or “Bring on the dustbin.”

As the players emerged, I realised how close I was to those who were there entertain us. When the action unfolded, it was fascinating to see their expressions. You could often hear what they were shouting and visiting goalkeepers would surely find it impossible not to hear what some fans were telling them to try and interrupt their concentration.

But best of all was when Argyle scored right in front of us.  Not only seeing the goal right before our eyes, but seeing the scorer go to the side or behind the goal and celebrate, making direct contact with the fans making a deafening noise.

If the game ended in victory, often the whole team would come to the Devonport End to celebrate. What a feeling to leave the stadium with.

Making my way to the exit, it would be the same scene every time. The floor would be littered with screwed up pasty bags and squashed drinks cups. Those cups had all been crushed - after consumption. If they were placed upside down on the floor, a hearty stamp with the foot directly to the base of the cup would make a distinctive popping sound.

Then, the walk home. I always had a love of radio since childhood, and I would take my pocket set to listen to the classified results as I made my way through Central Park. The stroll was often interrupted by a random voice in my direction along the lines of: “How did Spurs do?”

Then, with Dad and I back home, we would give each other’s view of the game with him making sure I was OK on the terrace and didn’t come to any grief.

What happy days. It’s so different now, and rightly so.

But if you think back to your first days at Argyle, whatever you recall I bet you do with a smile as you reminisce.