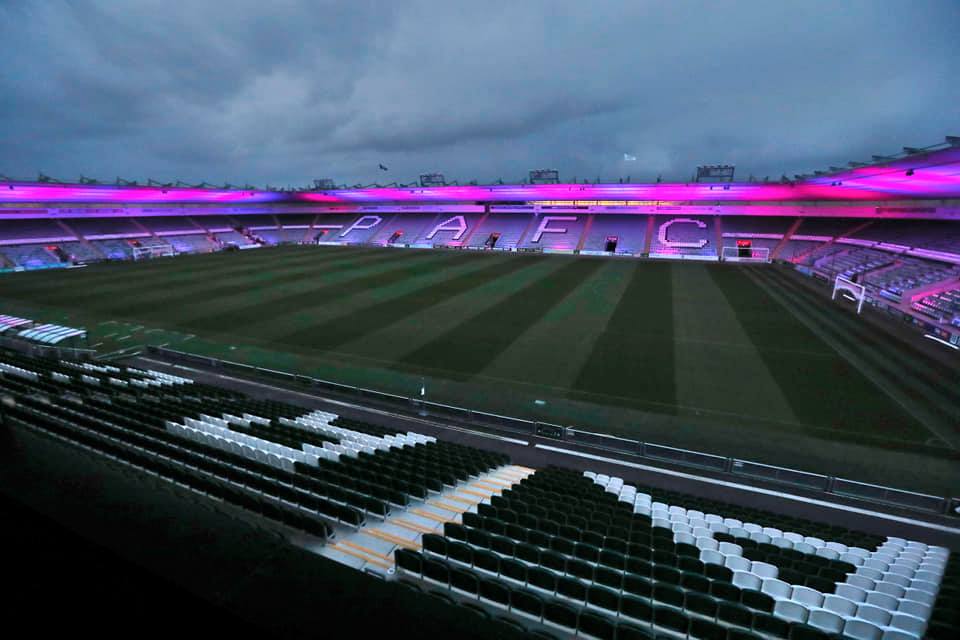 To mark Baby Loss Awareness Week, Argyle and the Argyle Community Trust are shining a light on the work of Little Things FC, a team set up with the intention to use the power of football to support men through the trauma of losing a child.

Formed by founder Ed Smith and taking the name from baby loss charity Little Things & Co, the team has proven to be a vital support mechanism for men who have experienced the tragedy of baby loss – noting the specific lack of existing resources for men in this space.

Ed explained: “There isn't a great deal of support for male family members following the loss of a baby, and we found this [football] the best way. My wife and I were personally supported by the charity Little Things & Co throughout our bereavement and the Safe Haven support group was a real help to both of us, but I started to notice that a lot of men wouldn't necessarily feel comfortable talking openly in a group setting.

“So, with this in mind, I approached LeighAnne Wright [founder of Little Things & Co] to discuss the possibility of setting up a football team as a specific support system and we haven't looked back since.”

Ed says that the dynamic and camaraderie of sport has already proven successful in encouraging men to discuss their experiences in a more comfortable setting.

“The team environment helps so much because it doesn't put any pressure on any one of the players to talk, it’s about making the sessions enjoyable and letting people know that support is there if needed.

“We encourage talking by warming up in smaller groups and talking about our babies in a smaller, less-pressured setting where you are just knocking a ball back and forward to focus on something at the same time as opening up.”

Despite the logistical challenges of COVID-19, Little Things FC has gone from strength to strength in the last 12 months, with a number of high-profile former Pilgrims and current staff members lending their support to the cause.

Ed said: “We have had a number of 11-a-side games most recently against a St Luke’s 11 that included a few big names, but we managed to drag in former Argyle player Ian Stonebridge, who has supported us through the whole process.

“Ian managed to convince Jamie Lowry and Dan Sullivan to come along and play and this was a really good day for everyone involved. Aside from that, it has been incredibly difficult as expected, Covid plays an ever-present part in our plans and it makes this difficult to arrange sessions, but we have recently started to join up and will be looking to hold more sessions and matches in the future.

Ed said: “Baby Loss Awareness Week is so important as it sends out a message to say that it is okay to acknowledge your loss.

“It is vital that bigger companies or landmarks get involved as it makes people aware that they are not alone in their journeys, and that there are others out there in a similar situation. Last year, Home Park was a representation of this as it encouraged people from all age groups to speak up about their loss regardless of whether their loss was a week ago or 50 years ago.

“It's amazing to hear people talk when they otherwise wouldn’t feel comfortable.”

If you have been affected by baby loss and would like someone to talk to, check out the Little Things & Co Facebook page, or email them on info@ltandco.org.