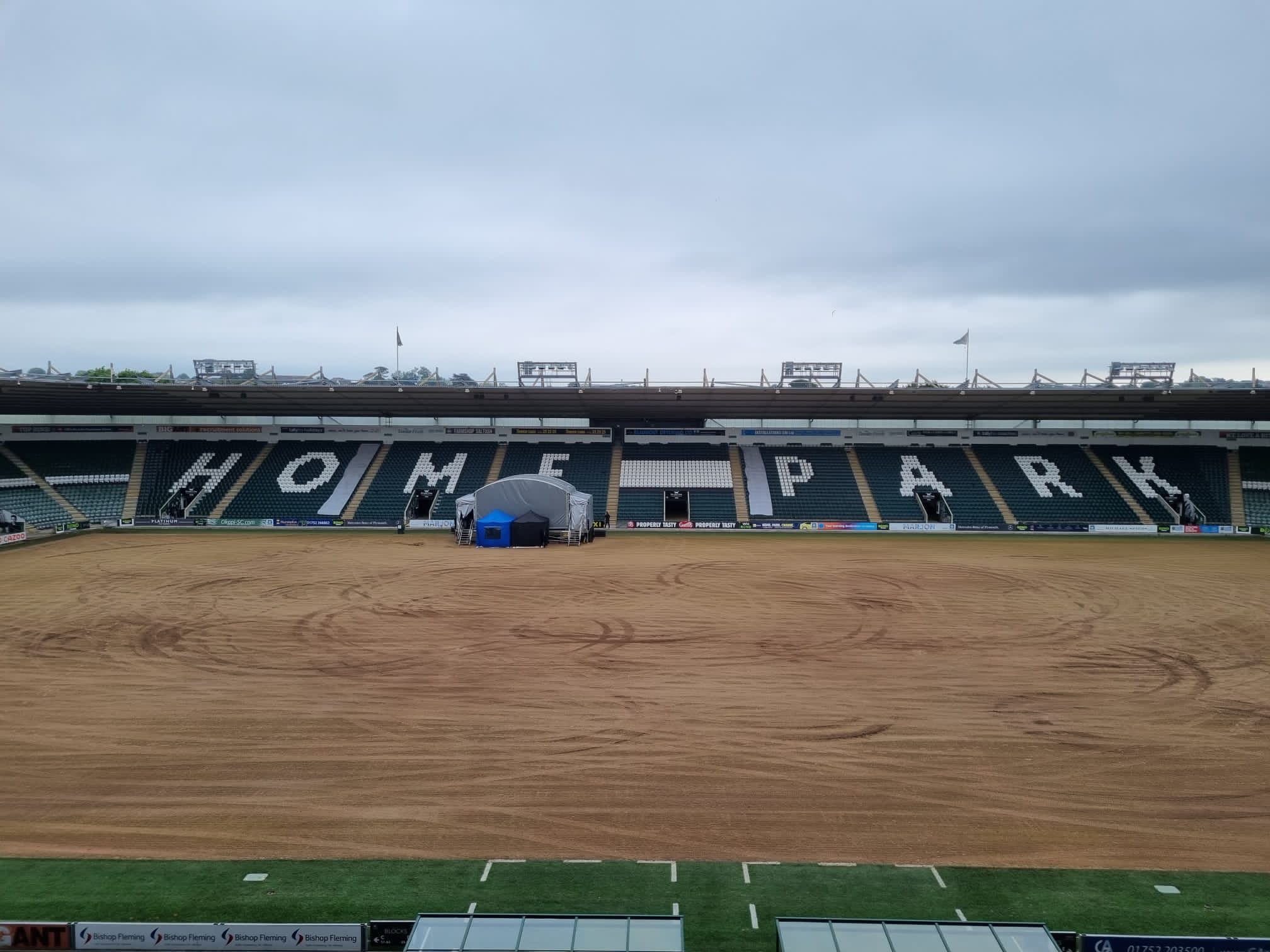 Break In at Home Park

The club has today reported criminal damage at Home Park following a break-in at the stadium on the night of Saturday, 4 June.

Individuals broke through perimeter fencing before entering the grounds team’s storage garage to gain access to a tractor.

Having started the ignition with tools, the individuals proceeded to drive the tractor across the Home Park pitch, which is at an early and crucial stage of renovation ahead of the 22/23 season, leaving significant damage.

Inscapes, the company which supports the Argyle ground staff with their annual pitch renovations across the stadium, first-team and Academy pitches, will make an additional trip to Home Park as soon as possible to re-germinate the playing surface – though there is no guarantee that the damage from the incident can be repaired instantly.

This work comes at additional cost to the club, and places our grounds team under further pressure, with an already tight turnaround for scheduled pre-season matches. The club will also be upscaling security at the stadium to ensure that this does not happen again. Of course, this adds further expense, deviating vital funds away from enhancing the stadium, squad, and match-day experience at Argyle.

It should go without saying, but any true supporter of Argyle would not engage in such mindless destruction.

The trespassers’ ability to efficiently break down newly installed fencing with specific tools, before accessing the grounds team’s garage and recently-installed roof lighting control system suggests that the intruders had a solid operational knowledge of Home Park, and the club will be lending its full support to the police in an attempt to see these individuals identified and punished accordingly.

Police visited the stadium on Sunday to collect fingerprints and gather information, which includes a reasonable amount of CCTV footage which should go some way towards identifying the individuals responsible.

We are unable to publish images of the individuals at this time as the police are now leading an active investigation. CCTV footage may be released by Devon and Cornwall Police in the coming days to support their investigation efforts.

In the meantime, we urge anyone who may have any information that could be of assistance with the investigation to contact Devon and Cornwall Police, citing case reference number CR/048962/22. Supporters can also send any relevant information to feedback@pafc.co.uk.

A reward will be offered for information.