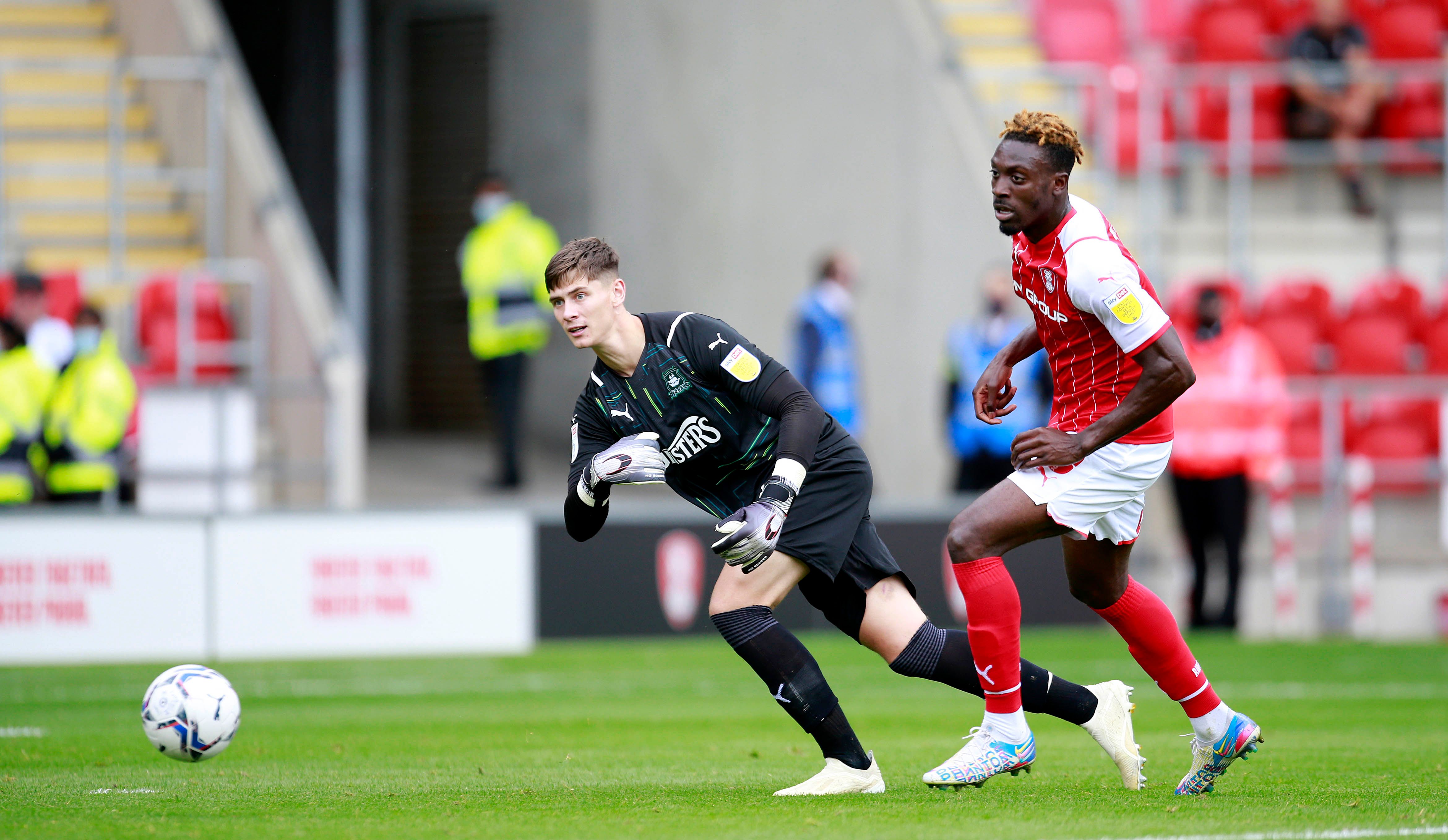 The good start that Argyle have made to the 21/22 Sky Bet League One season can, in part, be put down to the camaraderie in the dressing room - according to ‘keeper Mike Cooper.

So far, Argyle have picked up seven points from their opening four matches and sit just outside the playoff places.

Obviously, the players’ performances and preparation that goes into every game is another factor of the fast start, but Cooper believes that the way the side is gelling is also helping them perform.

“Come game day, everyone has a good understanding of each other,” said Cooper, who has kept three clean sheets in the five games he has played in all competitions.

The defensive unit has been working well and Mike feels the experience of the likes of Dan Scarr, Brendan Galloway and James Wilson is helping him perform better.

He said, “These guys are serious players and its really good to be behind them.

“You know that you’re not going to be called on as much during a game. I’m really happy to have those lads ahead of me.”

With the amount of miles that Argyle have to travel every season, a harmonious squad is vital as the players spend long periods of time together on coaches and trains.

Anything that makes the hours go quicker is a benefit to the Pilgrims’ squad who have already travelled to Rotherham, Peterborough, Shrewsbury and Swansea this campaign.

“Uno definitely makes the journeys a little bit easier and go a bit faster,” said Cooper, who admitted there was quite a competitive Uno scene for away trips. “Its competitive, we play on the way up to a game and on the way back from a game.

“It can get a bit personal sometimes, but it is very enjoyable.

“I hate saying it but Joe [Edwards], Schu {Steven Schumacher] and maybe Ryan Hardie always end up winning. I’m hoping to get a win soon.”

Another benefit of this Argyle squad is the number of players who have grown up playing together.

Eight members of the current first team squad have come through the Academy, with Cooper, Randell, Law and Jephcott all playing together as they progressed through the age groups.

With the likes of Ollie Tomlinson, Finley Craske and now Rhys Shirley also breaking into the side, the squad has a real local identity.

Cooper said, “Nance [Kevin Nancekivell] always says that he wants more westcountry boys in the side.

“Seeing Rhys score the other night was brilliant, he’s another lad coming through.

“Anytime an academy player is coming through at Argyle it’s amazing and is something the club really want.

“From my experience it just feels really surreal, it’s years in the waiting.

“As a kid you’re looking up and dreaming of doing that one day and then when you actually do it and you’re doing well it’s just really surreal.”