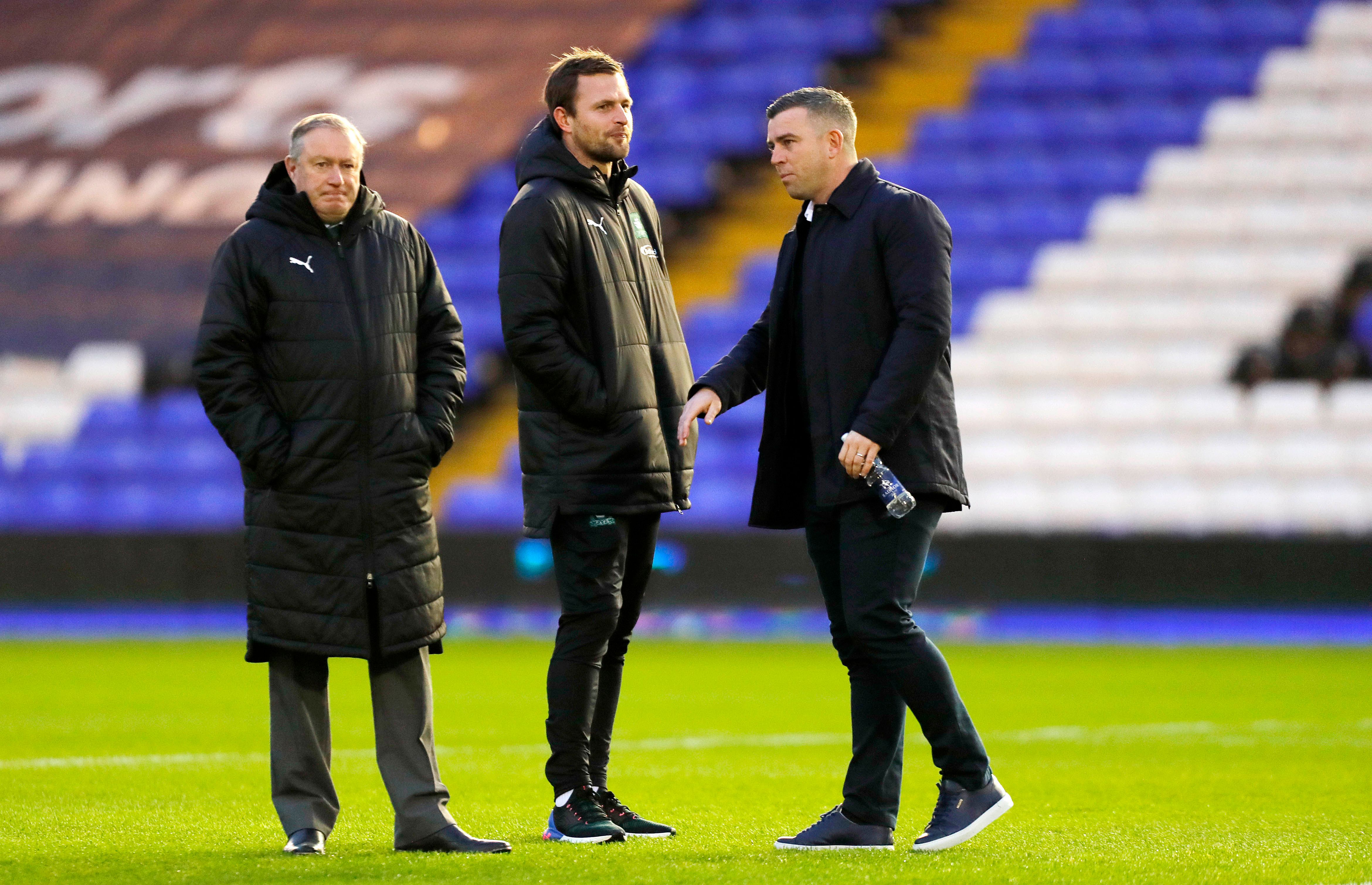 After an eventful few weeks, Argyle Director of Football Neil Dewsnip writes to the Green Army upon formation of the new first-team coaching team at Home Park.

Now that we are entering the second half of the season, I wanted to touch base with the Green Army to share my thoughts from behind the scenes at Argyle.

I think everyone will agree that the progression made in the past few years has been positive, and now we have to work towards being even better.

Our model as a club, from the top to the bottom, is to develop players, coaches and people and make them better.

We specifically work on improving our skills on the football front, and I feel we have the perfect structure in place to meet that model and achieve further progress into to the Sky Bet Championship.

Steven Schumacher has only been in the job for just over six weeks and in that time, we have been quickly and quietly assembling a new look backroom staff that we feel can take Argyle forward with success.

The appointments of Keith Downing and Mark Hughes, along with current coaches, Kevin Nancekivell and Darren Behcet, has now completed a group that will help Steven thrive and push Argyle forward.

Each individual in that structure has specific roles and responsibilities that will not only benefit the team on a Saturday or a Tuesday, but also improve individual players and help them develop overall.

Let’s take Steven, first of all. He is the manager, the leader, the one everyone will look up to and work for. His main role is to get good performances and results out on the pitch.

He is one of the finest young coaches I know and has always carried himself with incredible dignity and confidence that makes him the perfect person to take Argyle forward.

Growing up, he always captained his sides, whether that be at Everton’s Academy, with England age groups, or even as a professional. People respect him and people want to do well for him.

He is, though, in his first job as a manager. He will need some help and some experience around him.

That’s where Keith and Nance come in.

Keith’s main role, as Steven’s assistant, is to help him. To guide and support him and to get results on a match day.

He will also, in partnership with Steven, put together the training curriculum each week and plan training sessions on a daily basis – putting together the game plan.

It’s important to remember that coaches are teachers in the game of football.

Keith and I have worked together previously at youth level at England. He has seen it all and is highly respected as a coach. He has worked in club football and international football and is an expert in working with young, hungry, and talented players.

He also, though, plays an important part in younger player development and is instrumental in the pathway from Academy football to first team football.

As a club our aim is to be sustainable. We want to create the best footballers and we want them to be local lads playing in our first team.

Nance works closely with the likes of Phil Stokes, Darren Way and Jamie Lowry and knows the best players in the Academy set up. He will be the first to say when a player is or isn’t ready.

He also acts as the loan manager for younger players, keeping a close eye on our lads and talking with the clubs they are on loan at to make sure they are developing in the way we want.

So, with Nance looking at the pathway from Academy to first team, the newest member of the team, Mark Hughes, will provide individual support to our first team players

Mark has a fantastic footballing brain. He has just finished playing and knows the strains a modern day footballer goes through on a daily basis.

He will work closely with our analysts, Jimmy Dickinson and Sam Morcom, to see where players need specific help or work.

He will look at our strengths and weaknesses and put together individual training plans for players to study and work on in order to improve.

This will be either video analysis for the players to watch and learn from at home, to see the exact areas needed to work on. Or out on the grass, with specifically designed drills.

I am in no doubt that Mark will turn out to be a fantastic coach.

Then there is Darren, our goalkeeper coach. He works as a mentor to Michael Cooper and their relationship is vital in what Michael is doing at the moment.

Darren’s attention to detail and meticulous planning is incredible. He works on a minute-by-minute basis with Michael and Callum and gives them as much information as possible so they can go out and perform with confidence.

Darren’s role first and foremost is the ‘keepers, but he also works closely with our forwards.

Jimmy and Sam put together video packages on the goalkeepers across the league, Darren will study it, identify their areas of strength and weakness and put together plans for the strikers to work towards.

The mix of youthfulness and experience in a football squad is often talked about and I feel you need that amongst a coaching staff too.

But as much as coaches are teachers, the players themselves must be committed to the cause in order to get the best out of what they are being taught

Steven and his team place a lot of trust in the players, asking them for their thoughts on what went well and what can be improved on

Unit meetings, where players split into position specific groups, are held on a regular basis and they are an open forum for everyone to speak.

The players and coaching staff work as one to put together a plan that they feel will get the best out of them.

I am incredibly proud of the way that the club has progressed and improved in such a short space in time.

I feel we have the best possible group of people running the football department at Argyle, and they will only get better as they learn.

The future at Home Park is most certainly a bright one and I cannot wait to see how Steven, his coaches and the players develop over the next few years.