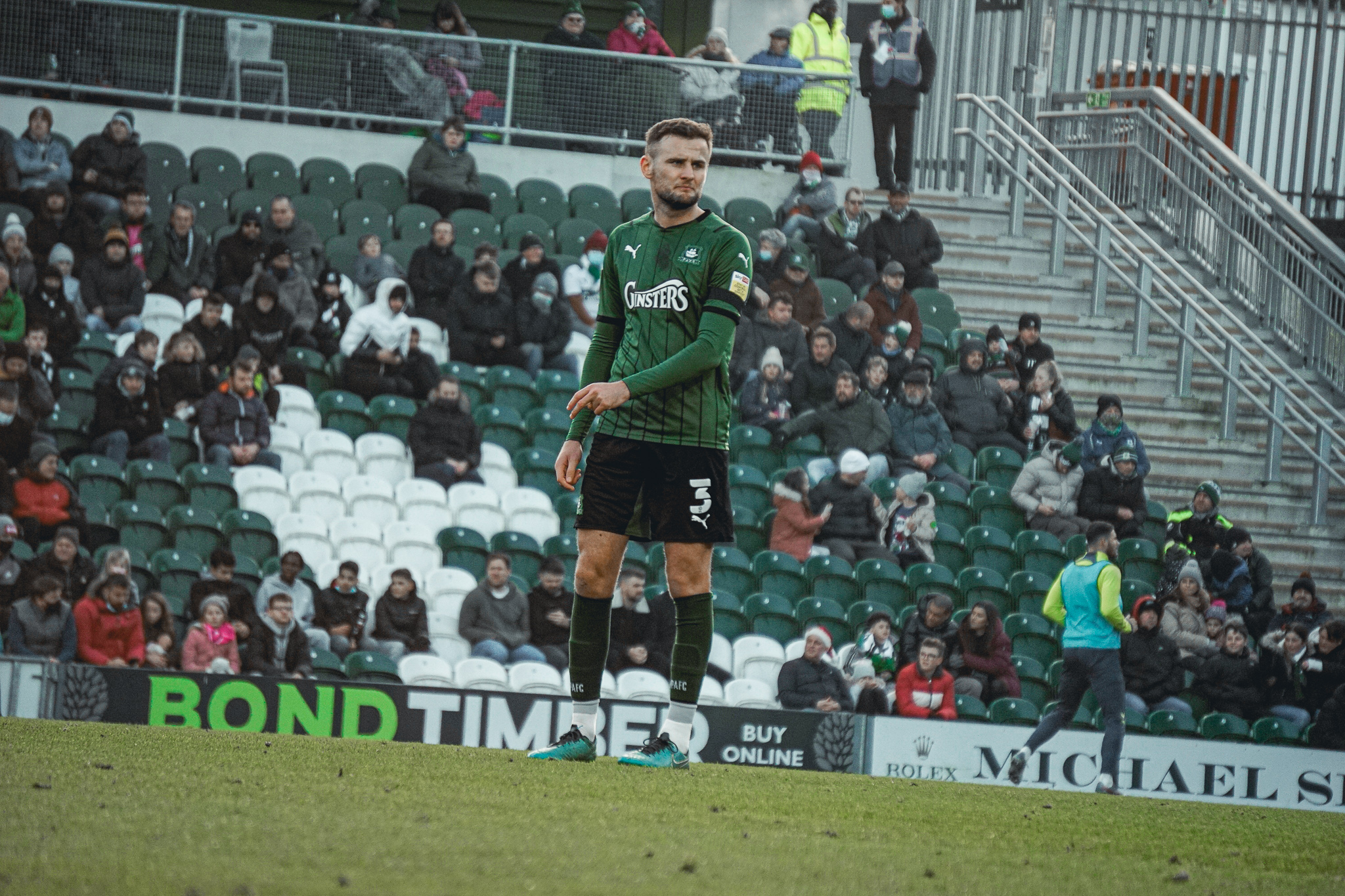 Argyle were back at their solid best in the 1-0 Sky Bet League One win over Charlton Athletic at Home Park on Saturday.

It was the first time since the 3-0 Emirates FA Cup win over Sheffield Wednesday that the Greens have managed to keep a clean sheet and the defensive solidity was needed against an in-form Charlton side.

“It’s like strikers love scoring goals and wingers with assists. As a defensive unit we are absolutely buzzing.

“It was really important to get the win too, especially with the run we’ve been on.”

That run had seen the Greens go five games without a win in Sky Bet League One, so the importance of getting the win was not lost on Macaulay.

He said, “I thought all the lads were brilliant today and to keep a clean sheet shows that we were working our socks off and that’s brilliant to see.

“The goal came at the perfect time, just before half time.

“I thought that settled us down going into the break and we knew coming out in the second half we had something to hold on to.”