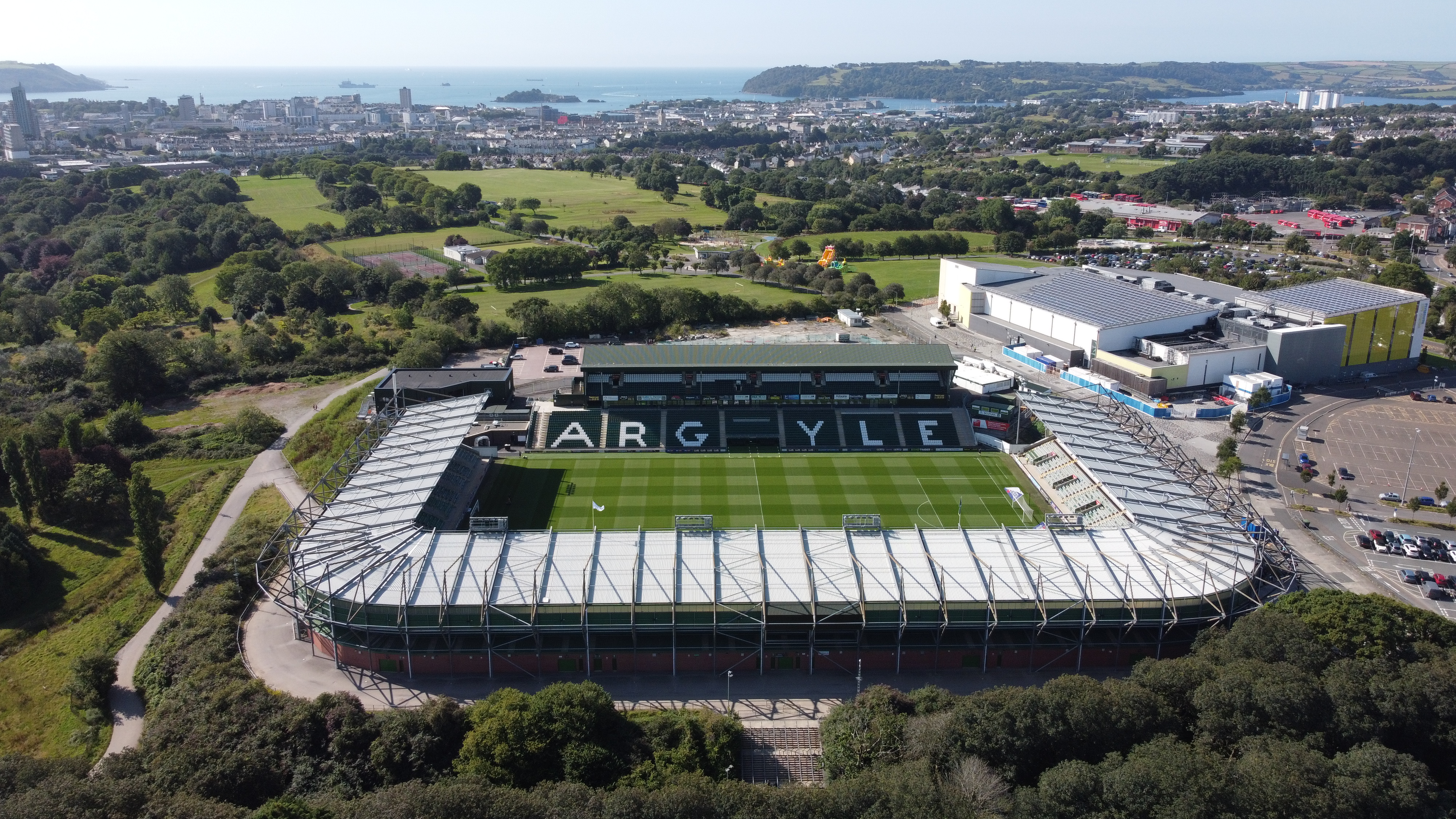 Saturday’s Sky Bet League One clash with Ipswich Town at Home Park is now completely sold out for home fans – thank you so much for your incredible support.

The fixture will achieve the highest attendance of Home Park in its current format, and the largest league attendance since 2008, when over 17,500 attended the Theatre of Greens to see Argyle draw 1-1 with Watford in the Championship.

With the fixture against the Tractor Boys marking the first sold out fixture at Home Park since the Mayflower Grandstand was redeveloped, supporters are understandably curious as to how a capacity for each match is calculated, and so an explanation can be found below.

At present, there are 18,173 seats inside Home Park – however, not all of these seats are saleable.

In the stadium bowl – the home areas comprising of the Devonport End, the Lyndhurst Road Stand, and the Zoo Corner/Barn Park End up to and including block 19 – there is a capacity of 10,352 seats. 39 of which are dedicated for match stewards – meaning the saleable capacity is 10,313.

In the away end, there are 1,834 seats – seven of which are dedicated to stewarding, and 61 unavailable due to the position of the TV gantry. This results in a capacity of 1,766 seats.

With Ipswich Town requesting a large allocation of away tickets, and home tickets selling very well, this places the segregation point at block 20.

Segregation is calculated in consultation with the local police and Safety Advisory Group (SAG), following guidance laid out in the Green Guide (the Guide to Safety at Sports Grounds document clubs must adhere to). In seating areas where supporters are unable to access gangways at either side of their block (as is the case with block 20 for this weekend’s fixture), only 14 rows can be sold for safety reasons. As a result, the partitioning for Saturday’s fixture means 319 seats are unavailable for sale.

The figures above can change marginally on a game-by-game basis, and segregation is always calculated based on the away following, consultation with safety stakeholders, and taking into account demand for home tickets. In addition, varying circumstances, such as an increase in wheelchair tickets sold, can change capacity in these areas further.

It is sometimes commented by supporters that the club operates a larger than usual segregation for capacity fixtures, and that this could be minimised with more agile arrangements in staffing and partitioning – often citing examples at other football grounds.

However, we are simply following guidance from the Green Guide, as it applies to layout of Home Park.

In the upper Mayflower Grandstand, there are a total of 2,658 seats. However, 111 of these seats in the upper tier offer a view that is restrictive to the extent that they are not eligible to be sold for football matches, in line with the Green Guide.

These seats remain in situ, however, as they remain valid and purposeful for concerts and music events held at Home Park.

Having secured agreement from our Safety Officer and the local Safety Advisory Group (SAG), we have received approval to sell an additional 175 seats in the upper Mayflower Grandstand for this fixture. Currently, 1,064 of the seats in the upper tier are currently unavailable for sale – along with 40 seats in the press box reserved for accredited media. In addition, there are 105 seats reserved for Pioneer members.

In the lower Mayflower Grandstand, there is a total capacity of 2,420 seats – again, this may vary marginally game to game based on circumstances such as wheelchair seating. This figure does not include 298 seats located in block D, which houses a small number of supporters, but a fixed off area behind the dug-out for football, medical, and operational personnel, as well as an EFL mandated segregation of the Directors’ Box.

The seats behind the dug-out are not eligible for sale, whether they are occupied or not, and this also applies to the Director’s Box segregation. As a result, the saleable capacity is nominally reduced.

Considering all the factors outlined above, and based on a fully sold-out away end, a capacity crowd for Saturday’s game would be in the region of 16,300. Based on current away ticket sales, it is expected that the sell-out figure will be around 16,000.