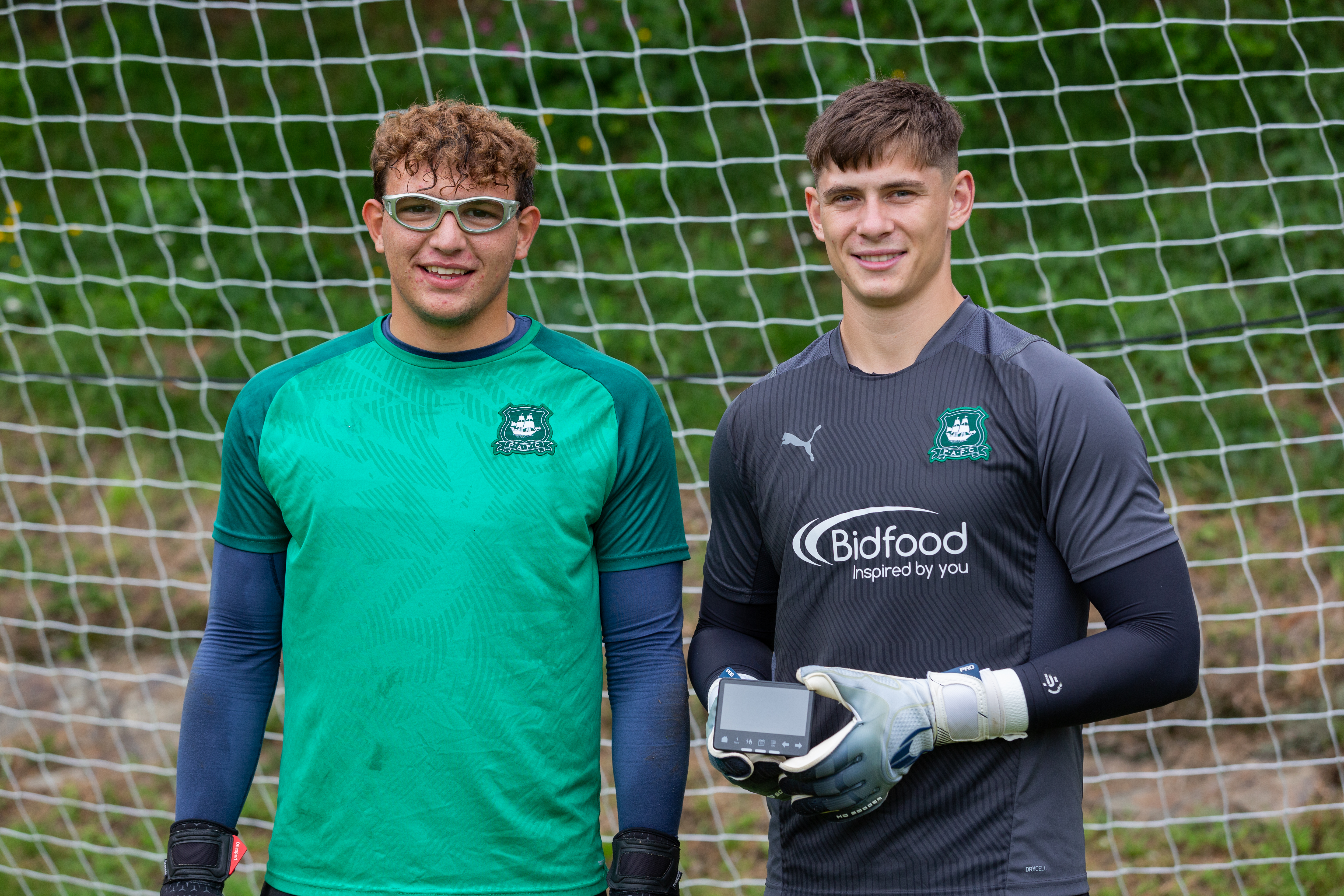 Learning to ‘Save like a pro’ with Michael Cooper

Ahead of the new season, Morgan Coxhead, a local amateur goalie from Cornwall, who has his sights set on becoming the first professional goalkeeper with Cystic Fibrosis to play in the Premier League, spent an afternoon being put through his paces and training with Argyle 'keeper Michael Cooper.

Morgan was invited to Harpers Park to experience a professional goalkeeping coaching session alongside Mike and Argyle’s goalkeeping coach Darren Behcet, to get tips on how to save energy on and off the pitch.

The session included targeted drills designed to improve footwork, first touch drills for distribution, working on reaction saves and how to preserve mental energy in a tough game, as well as learning about simple changes he could make to control energy off the pitch - such as getting a smart meter installed in his home.

The in-home display that comes with smart meter shows in near-real time the amount of energy you use in pounds and pence to give better control over energy usage. Users can see where they can be more efficient, budget more easily and be more in control of their bills.

“Having Cystic Fibrosis means my body uses twice as much energy as the average man so learning how to save energy in games and training will benefit me," said Morgan.

And Cooper was a great coach, as he knows the importance of saving energy on the pitch..

He said, “You might have had very little to do during a match, and then be called upon late on which could ultimately be the difference in getting a result."