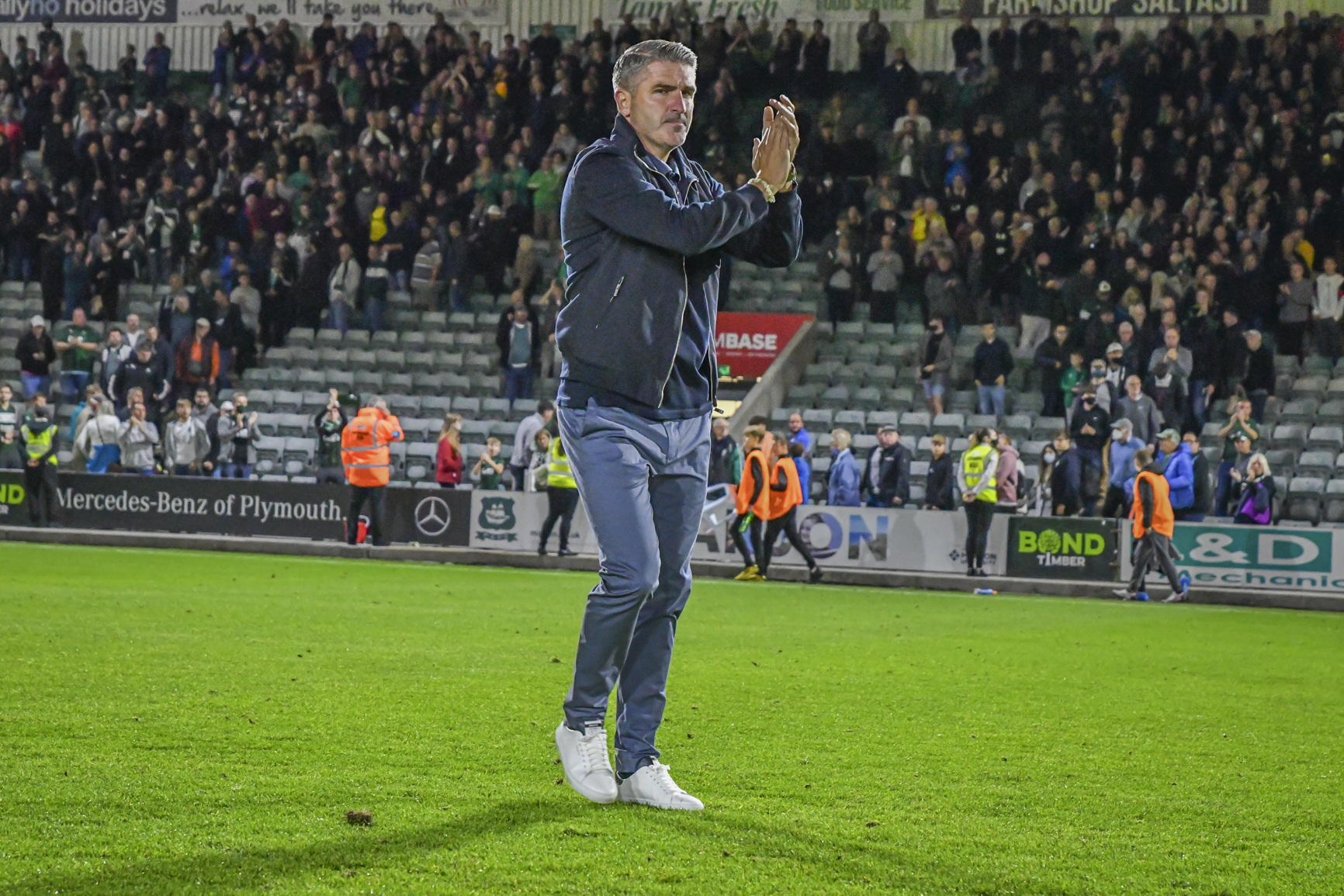 Ryan Lowe has praised his players for their attitude and desire after Argyle drew 1-1 with Cambridge United at Home Park on Tuesday night.

It was the second game in four days for Argyle and was a similar sort of contest to the Gillingham game on the weekend.

After a goalless first half, the Pilgrims found an extra gear and looked likely to go on and win the game. And although they didn’t, Ryan was a happy man.

He said, “I thought it was a fantastic performance from our lads. We should be sitting here with three points rather than one and we’re disappointed with that of course, but I’m proud of every single one of them.

“It got a little bit messy towards the end because we were desperate to try and score and Scarr hits the bar at the end.

“Second half again, it was a carbon copy of Saturday. There was only one team penetrating.”

Like Saturday, it was Luke Jephcott who got the Pilgrims’ goal, volleying in from a Jordan Houghton cross.

It was relief for Argyle when it went in because ten minutes earlier, Jephcott had a goal ruled out in slightly bizarre fashion.

He controlled the ball and slotted it past the Cambridge ‘keeper, the players and fans went off celebrating only for play to be pulled back, after some time, and an offside given.

Although he wasn’t keen on the decision, Ryan was delighted with the way his players reacted to it.

He said, “Whether it’s offside or not is irrelevant after they’ve given it. We’ve celebrated it and enjoyed it and then it gets chalked off.

“The goal gets given, the official runs back towards the halfway line so that tells you it’s a goal, but it wasn’t – the ref has suddenly changed his mind.

Cambridge did manage to level things up 15 minutes from time, when Joe Ironside tapped in the rebound after Mike Cooper had saved his spot kick.

It means that Argyle have taken four points from their opening three Sky Bet League One fixtures so far and have made an unbeaten start at home.

Ryan said, “The fans were excellent as well, they kept the lads going and kept singing.

The Pilgrims travel to Shrewsbury Town on Saturday looking to continue the momentum.