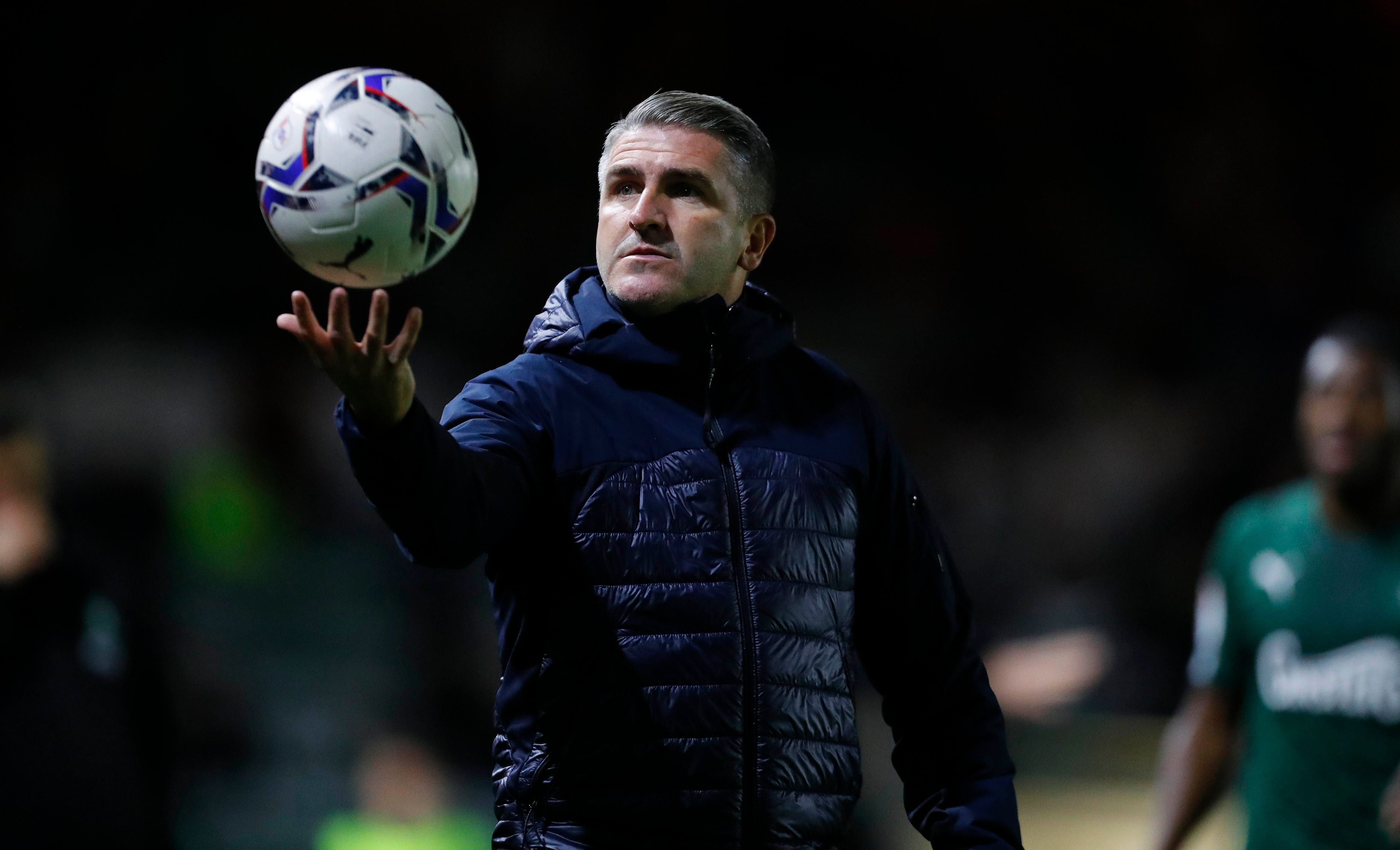 Ryan Lowe is keen to move on from what he has described as a ‘horrible week’ and focus on getting Argyle back to winning ways.

The Greens lost their third straight league games, going down 2-1 to Wigan Athletic at Home Park.

Having fought back to get level just before the break, Callum Lang scored in the final minutes of the game to give the visitors the three points.

After a 16-match unbeaten run in Sky Bet League One, the three losses are hard to take for the players, coaches and supporters and Ryan is hoping they can stop the run sooner rather than later.

Speaking after the game he said, “I’m really gutted, we’ve had a tough week.

“Losing another game is not ideal and the lads are on the floor in the dressing room but we’re still in a fantastic position and we’ve probably got a bit carried away with ourselves.

“I am sure it will, we have a fantastic group who want to keep learning and we have a chance to do that next week.

“The week hasn’t been great for us, we have to take the pressure off the boys and go to Rochdale with a bit of freedom.

“Once you get that one win and bounce back, things will look a bit rosy again.”

Going into the final stages of the game, it looked as if both sides were happy to come away with a point.

If any side were looking more likely to score, it was Argyle as they got themselves into decent attacking positions on regular occasions.

They couldn’t break down a resolute Wigan defence though and were then caught on the break right at the end.

Ryan said, “Sometimes you have to give the opposition some credit as well, Wigan are a good team.

“When we look at the last goal, can we be a bit more savvy, and use game management by kicking the ball up the pitch.

“At 90 minutes you’re thinking the game is going to end at 1-1 and both teams will go home with a point, but we fell asleep and didn’t look after the ball and we give a lethal striker in Callum Lang a chance to score.

“There is experience in that dressing room but there are also a lot of youngsters too.

The Greens will now have a break from league action as they take on Rochdale in the Emirates FA Cup in Sunday, 5 December.