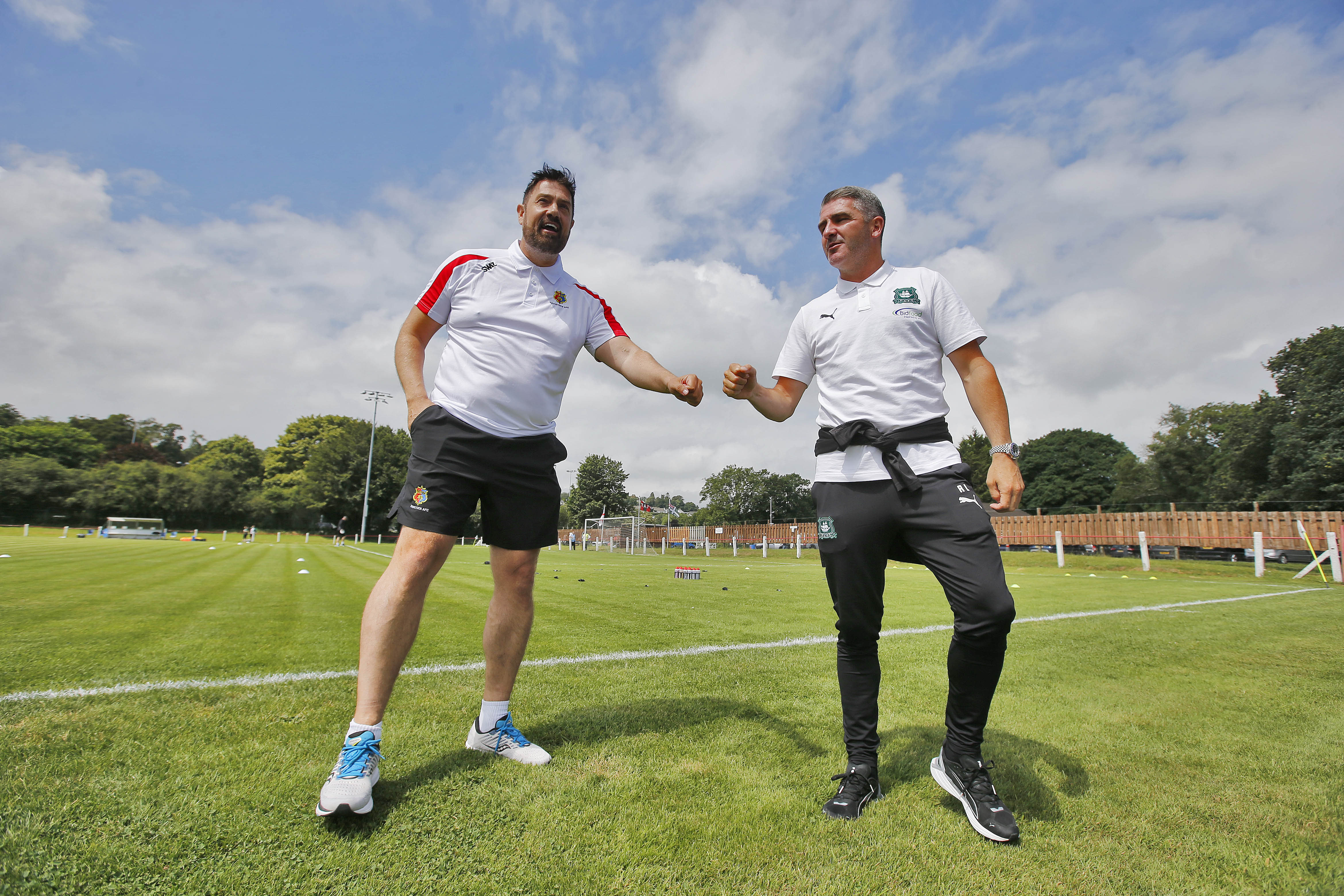 Argyle manager Ryan Lowe has expressed the importance of first team experience for the Academy prospects who played out a 0-0 draw against Tavistock AFC on Saturday afternoon.

In order to give most of the first team squad a rest after their pre-season fixture the previous evening against Middlesbrough, Ryan put out a team made up primarily of scholars and young professionals at Langsford Park - an opportunity he feels is vital in aiding their development.

Lowe said: “We had to shake it up a little bit, didn’t we? We couldn’t bring many of the first team lads, we brought Adam Randell and [Ryan] Law. They didn’t play much last night, just to help the youngsters out as much as they could.

“It’s a great learning curve for the kids, these are opportunities that they’re hopefully going to continue to get, but they’ve got to impress me.

“They’ve got to learn so when they get called up to play with the first team, they will come up against men who are fitter and stronger, and they’ve got to be ready.

“Simplicity is the key for them, they were playing against men, top opposition in Tavistock, and it was always going to be tough for them, but it was a good little run out, a good learning curve so I’m really pleased.”

Saturday afternoon saw the third pre-season fixture that Argyle have played against a non-league side, and Lowe is delighted to have been able to bring his Argyle side to the local community with fans once again allowed at games.

He said: “That’s what we want to do. The past 18 months hasn’t been great in terms of the football, and financially, for the non-league clubs so when we can help them, we’ll help them.

“We want to spread the love and it was nice to see a lot of fans here again supporting the kids, that’s what it’s about.”

With one two pre-season games remaining ahead of the 21/22 campaign, Ryan reflected on how well he thinks his team have done over the past few weeks.

He also believes that having the fans around is a key factor to drive the players to success and considers his squad to be ready to tackle Sky Bet League One with their backing.

Ryan said: “We’ve got another two tough games coming up in Bristol City and then Torquay, so we want to finish the pre-season on a high.

"I think the last two games have shown I’m more than happy where we are and how we’re playing and the fitness levels of the boys.

"We will have a fantastic lead to the opening first game of the season away to Rotherham. I know our fans will be travelling in numbers and it’s something we’re looking forward to."