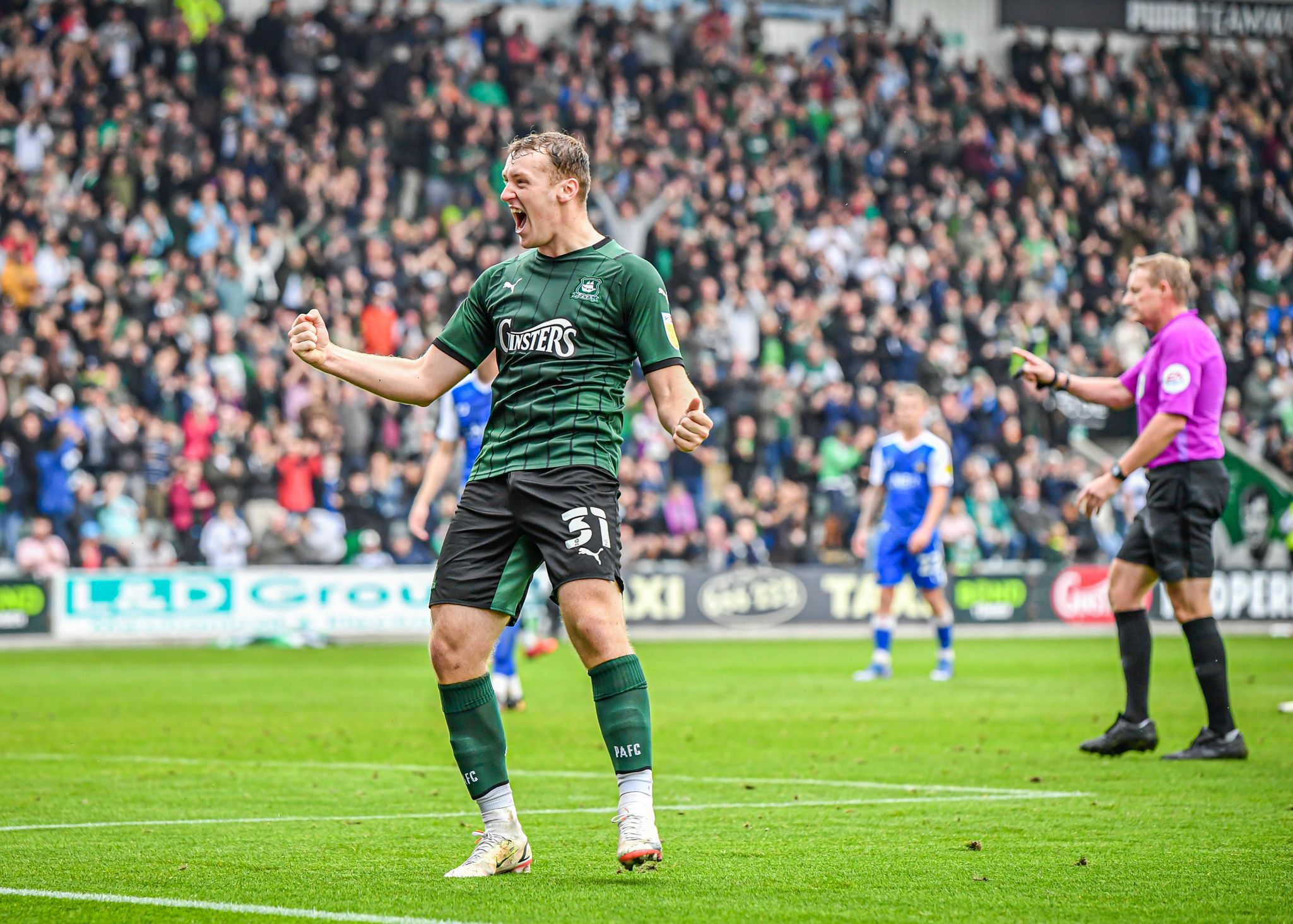 During Argyle's 3-1 win at Doncaster Rovers on Saturday, Luke Jephcott became the first Academy graduate since Reuben Reid in 2014 to reach 100 appearances for Argyle.

“It’s a proud moment for me and my family,” Luke said, “it will be one of the first big landmarks of my career.

“To get to 100 games at a fairly young age it seems like a bit of a blur, but I have enjoyed every second of it.”

The Welsh born striker joined the club at under-14 level and excelled throughout the age groups at Home Park.

He was handed his debut by Derek Adams in October 2018 in a win over Burton Albion and would go on to play another eight times that season.

“From the moment I could walk, I had my heart set on being a footballer. In my mind there wasn’t really another option for me.

“I remember being a bit fortunate at the time because there had been a couple of injuries, but I had been training with the first team and holding my own and got given the opportunity.”

It was the season after that Luke really gained a name for himself though. After a successful loan spell at Truro City he was handed a start at Scunthorpe United.

“I remember thinking this is my time now and to score two goals in a win for us I was really happy with that.

“Goals are what I am in the team to do and for that first season it was almost coming naturally.

“It makes you think  ‘I can do this.’ It makes you believe and with every goal you get more confident.”

Those two goals began a remarkable rise for Luke, who would go onto to become Argyle’s leading marksman over the next 18 months or so.

He finished the 2019/20 season with seven goals in 13 matches and continued that incredible form into the next year.

Following Argyle promotion to Sky Bet League One Luke netted 18 times, 16 in the league, earning himself a call up to the Wales under-21 squad.

His goalscoring ability has seen him become one of the top forwards in the division and at the age of 22 there is still plenty of time for him to learn and develop.

Luke netted his 10th goal of the season in the victory over Doncaster, to make it consecutive seasons that he has got to double figures for goals.

The achievement if also highlights the work the Academy has done over recent years, with ‘One of Our Own’ getting to this landmark.

“To get to 100 is obviously great but I need to keep going, get my head down and look forward to the next hundred.”

And it’s unlikely that Luke will be the last homegrown player to reach such milestones, as ‘keeper Mike Cooper just nine games away and Adam Randell and Ryan Law becoming more regular performers.

Congratulations Luke, onto the next 100 now.