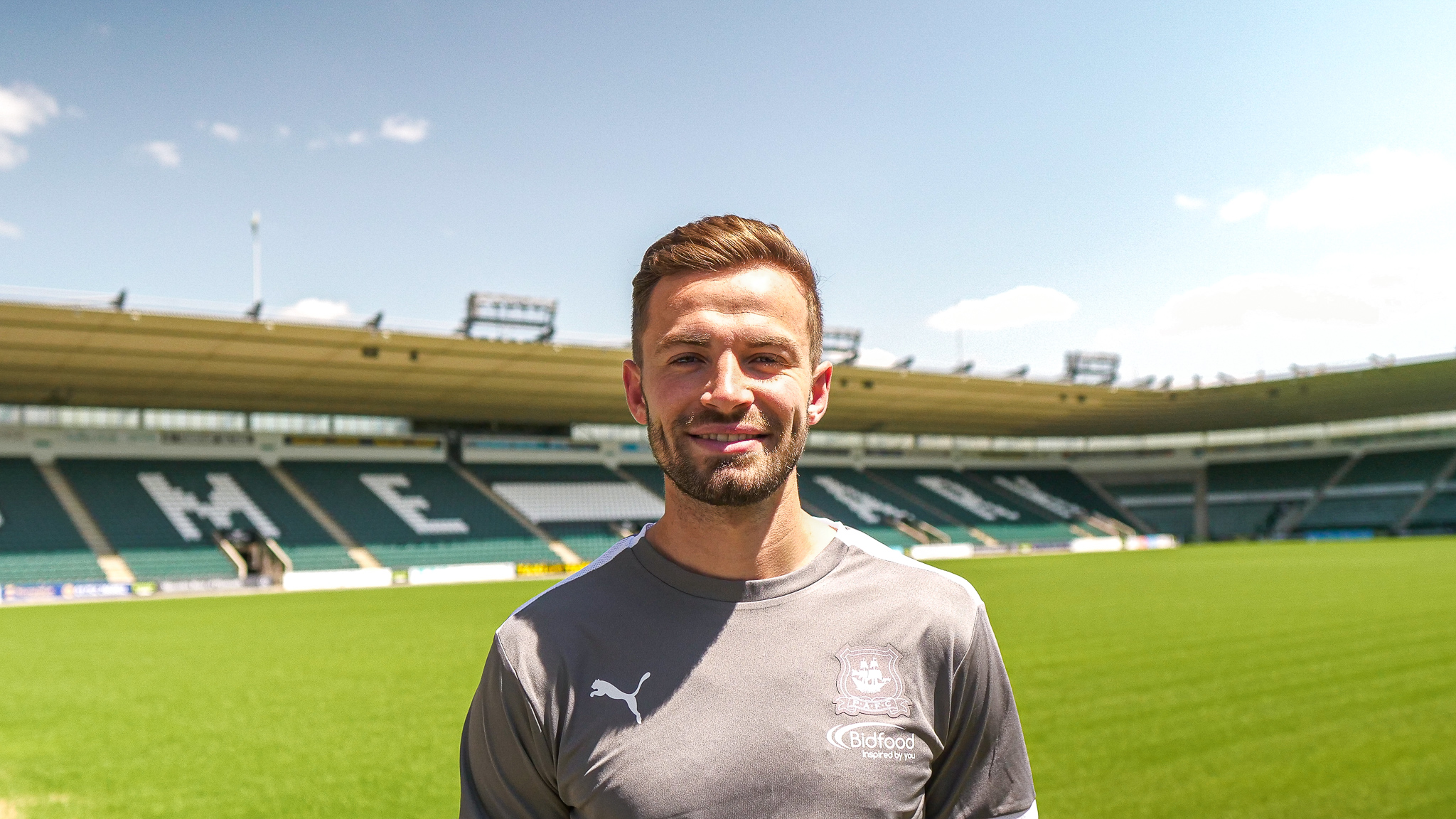 Matt Excited to be a Green

Life is always better when the sun shines and Argyle’s newest recruit was smiling on a perfect summer’s day as he got acquainted with his new surroundings.

The 25-year-old former AFC Bournemouth youngster is the first player to join the Pilgrims this summer and is looking forward to getting to work and showing off what he can do.

He said, “I am very excited to be here and it’s great to get in the door so early, meet everyone and get started.

“I want to be part of a successful team and hopefully we can be that this season. Everyone here seems to have their sights set high and building on what happened last season.”

With the rest of Matt’s new teammates not arriving until Tuesday, Home Park was a calm and tranquil place, with just the purr of the occasional lawnmower puncturing the summer serenity.

The newest recruit was able to see for himself just how impressive the stadium is and had the time to meet all of the backroom staff.

“I spoke to the manager, and of course know the assistant well from playing with him and was really engaged by their thoughts and ambitions.

“I have played against Argyle and have seen how well supported the club is and it’s always been a dream to play for a big club, I just can’t wait to get started now.

“I’ve heard that the group togetherness is massive and was a big part as to why the team was successful last season, so I am looking forward to meeting everyone and getting started.”

Matt joins the Greens after two successful seasons in the north west, being a regular in Accrington Stanley’s side.

The move to Lancashire was a bit of a change for a player who had spent the majority football career in the south of England but getting out of his comfort zone was exactly what Matt needed.

“I loved it at Accrington, it was probably the most football I have played consecutively on my career, so it was great for my development to play that much.

“I played in a few different positions in midfield and learnt to play in a couple of different formations.

“I play with a lot of energy, like to get stuck in and always want to try and get my fair share of goals and assists.

“Scoring, arriving at the right time and being in those forward positions is something I think I can still work on, and speaking to the manager that’s where he sees me improving.

“I will be working hard on getting better at those sorts of situations and hopefully add more attacking intent into my game.”

That ability to score, but also the realisation he could do it on a more regular occurrence, was clearly a quality that Steven Schumacher liked.

The Argyle boss, in his first summer transfer window as a manager, was obviously keen on Matt, stating that he had been ‘watching him for a couple of years now.’

And after a conversation with the gaffer and a chat about what Argyle might be able to do for him, Matt was clear in his mind that Home Park was the right place for him.

“The style of play was a big drawing point for me. They play the ball around well and the midfield work well together.

“It was difficult to pick up men when I was playing against Argyle, so it’ll be nice on the other side rather than chasing you around.

“Signing now and being in before pre-season means I can get on board with that as quickly as possible and be ready to hit the ground running straight away.”

It won’t be long until Matt does get up and running, quite literally, with pre-season beginning a day after he put pen to paper.

No doubt the Green Army will be interested in seeing what he can do.