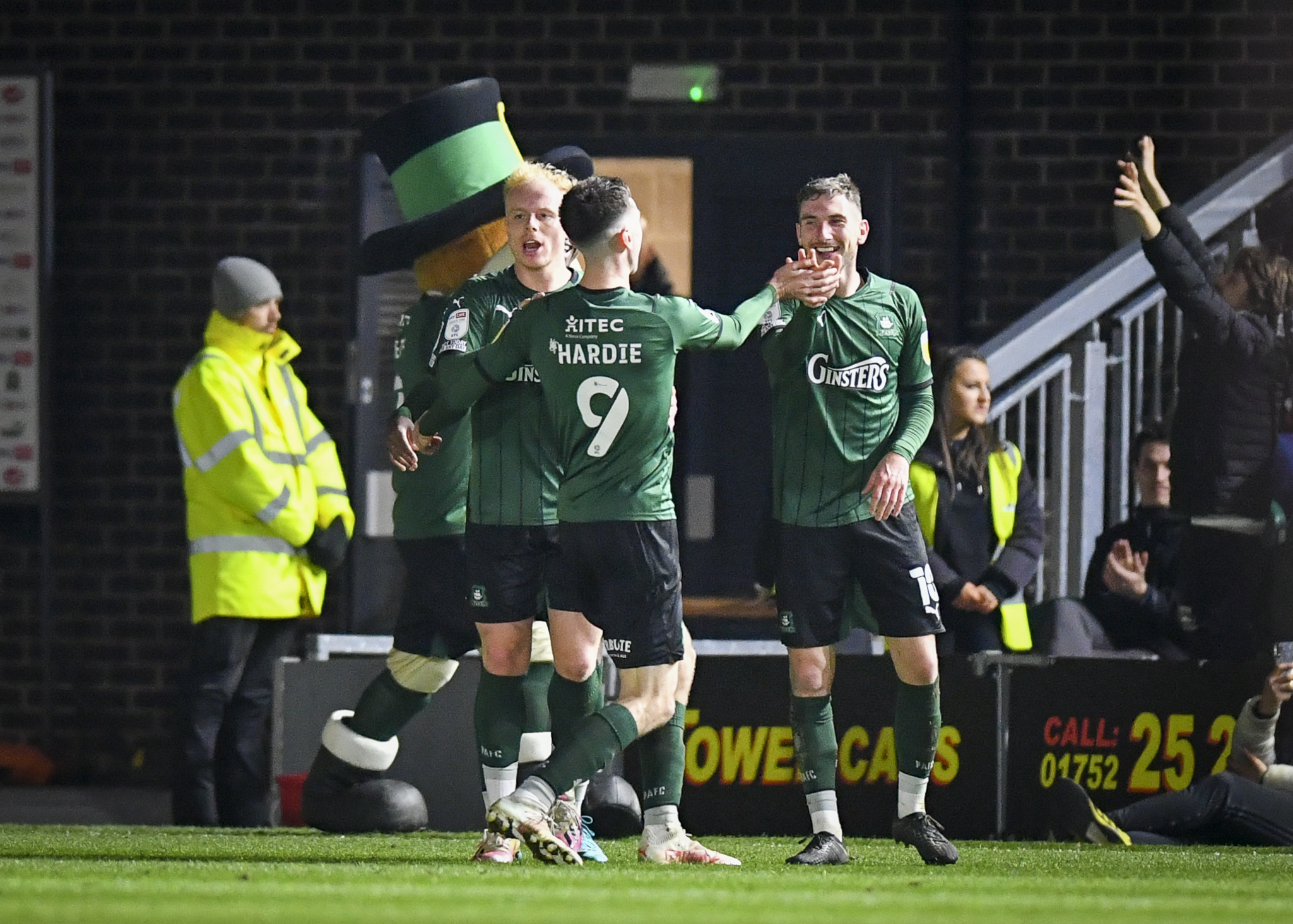 Home Park was rocking again on Tuesday night as Argyle claimed their sixth consecutive win with a 2-0 win over Cheltenham Town.

Danny Mayor was on top form against the Robins, assisting the first goal of the evening from Niall Ennis before bagging his own to double the Pilgrims’ lead, with a pretty spectacular goal.

“It was alright, wasn’t it?” Danny said, “I had no idea it was going in to be honest, I was as shocked as everyone else when it did.”

It was a hard fought victory for the Greens, who had to withstand some pressure from a Cheltenham side also on a decent run.

They had won their previous two matches by three goals to one and had climbed to 12th in the division.

“Michael Duff’s teams are always good, they always give it a go, they always try and play the right way, so we knew it was going to be tough,” Danny admitted.

“I think both goals came at a good time because they started well and it was hard to find space.

“At this stage of the season it’s not always about playing well, it’s about winning and that’s what we’re doing.

Reflecting on the season as a whole, and looking ahead to the remaining seven games, Danny believes Argyle are in a good spot and have as good a chance as any to ending the season on a high.

He said: “We could win 1-0 for the next seven games and play terribly and I think everyone in the stadium would be buzzing.

“I think we’ve played well at times and not got the results we deserved, Rotherham comes to mind, when we dominated and never got the goal.

“In the last two games I’d say were more clinical than what we’ve been a couple of weeks before that.”

Danny also credited his defensive teammates, who once again managed to keep a clean sheet, extending their run to six in a row.

“I’ve never had six clean sheets on the bounce.

“Willo, Bolts, Macca and Coops don’t always get the credit because Ryan Hardie’s scored 19 goals, but they’ve been fantastic all season and it’s a credit to them, and the team and the way the Gaffer’s set us up.

“We look solid and we always look like we can score as well.”

With the Greens sitting in a decent position in the league, Danny confessed he feels no pressure.

The team have been able to enjoy their football of late, and Tuesday night’s victory is no different.

“It’s great,” he said, “we’ll enjoy it and then we’ll come in on Thursday and get ready for Ipswich.

“I don’t think there is pressure because, I think we’ve said it all season, everyone just expects us to drop off and we’ve been there all season, we’re not going to drop off. Seven cup finals and hopefully we can be in and around it at the end.”