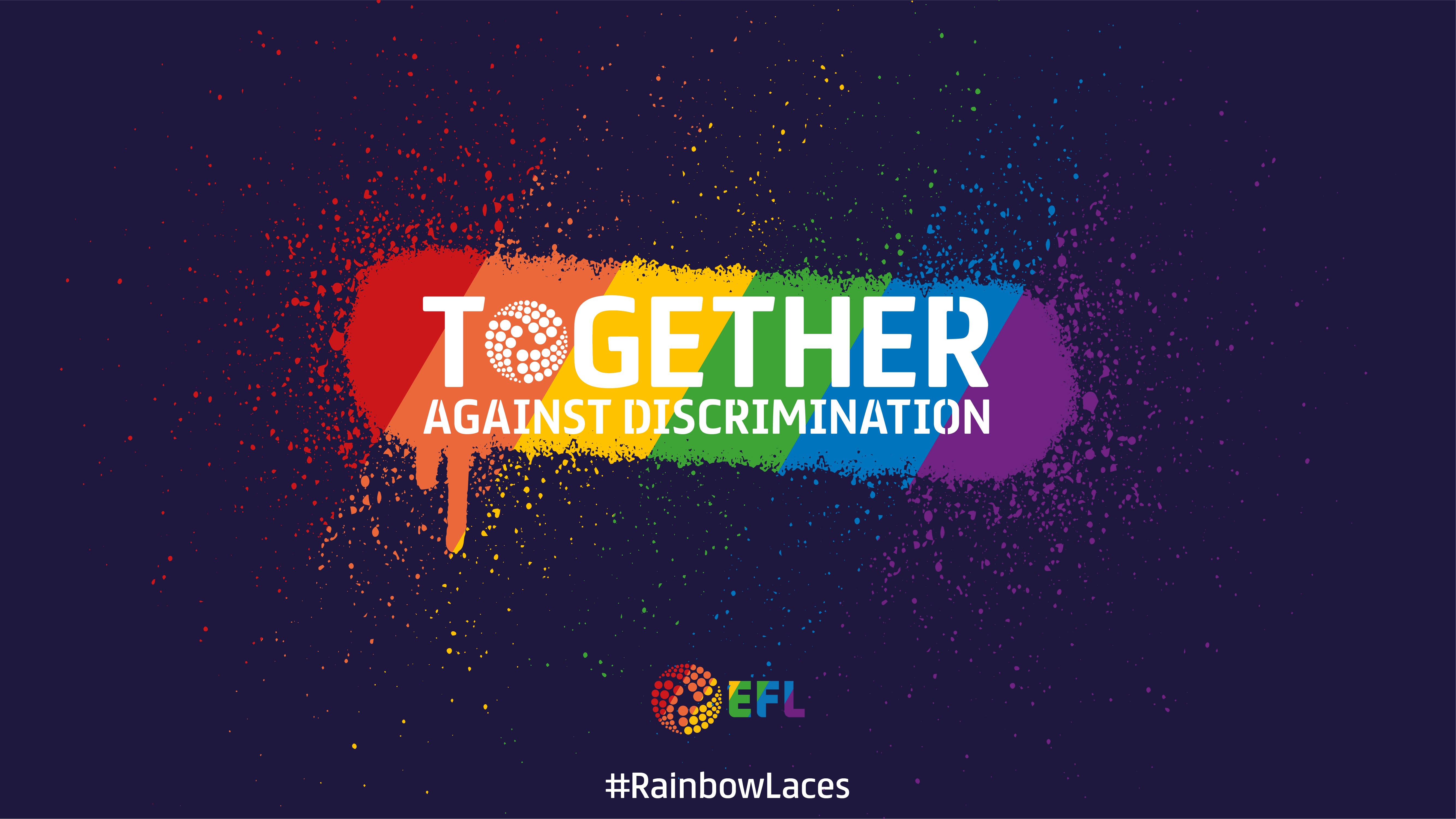 Saturday's Sky Bet League One match between Argyle and Wigan Athletic at Home Park is our dedicated Rainbow Laces fixture, as we proudly remind the football community that this beautiful game is open to everyone.

Over the last five years, football fans have led a huge amount of support for LGBTQ+ people in sport. More than a million people have laced up, and 12 million participants engage every year.

As a result of seeing the campaign, 45% of sports fans believe they would be more likely to challenge anti-LGBTQ+ language at live sport fixtures. Laces have brought the awareness. Now we all need to bring the conversation.

We imagine a world where every LGBTQ+ person can thrive in sport. We want to unite everyone who cares about sport to create the world that we imagine, together.

“Founded in London in 1989, we now work in each nation of the UK and have established partnerships across the globe. We are part of a vibrant global movement for change made up of LGBTQ+ people, our allies, families and friends.”

Rainbow Laces is proudly supported by TeamPride, a collective of world-leading brands committed to making sport everyone’s game. Supporting the campaign for a sixth year, TeamPride is Team PROUD of the progress we’ve made together.

Every player, every athlete, every team is stronger when sport welcomes and supports everyone. It is about working together, whether that is playing for fun, playing to win, or cheering on your favourite athletes or team.

It is about being a team-mate and taking responsibility.

It is down to you to show your support for LGBT people.

It is down to you to watch your language, and challenge chants and insults about LGBT people.

And it is down to you to report abuse, whether online, watching live sport or taking part.

When we all play our part, we can make sport everyone’s game.