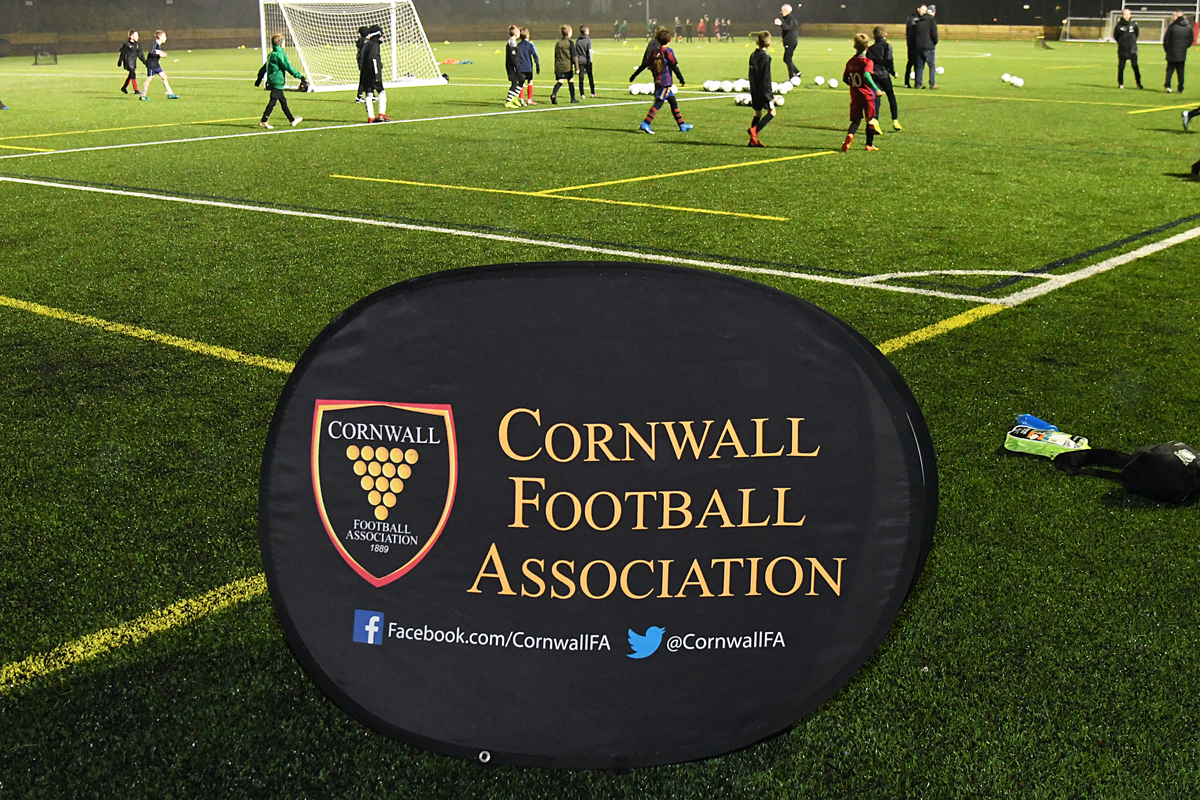 St Piran’s Day, 5 March, is a special date for all those west of the Tamar. And since this year the celebration of Cornwall’s patron saint coincides with a fixture at Home Park, what better time could there be to reflect on Argyle’s special relationship with Cornwall?

St Piran came to Cornwall in the 5th century after being expelled from his native Ireland by being tied to a millstone, which was then rolled off a cliff into the sea. Legend has it that the sea immediately became calm, and the saint floated safely across the water to land on a beach near Perranporth on Cornwall’s north coast.

Cornish fans’ travel arrangements are more conventional these days. On a typical match day, about a fifth of the Home Park crowd, around 3,000 people, will have come up from Cornwall by car, bus or train to support the Greens. Some people still insist that Cornwall is a rugby county. But with around 100 football clubs – boasting multiple adult, women’s and youth teams – and kids who are far more likely to be watching Manchester United on TV than Saracens, there’s a strong argument for football being Cornwall’s dominant sport. What is certain is that in terms of attendance at live games, Argyle attracts the most Cornish support of any sports team in the region.

Many in the Green Army may not be aware of it, but Argyle owes its very existence to a couple of Cornishmen. Howard Grose from St Kew and William Pethybridge from Launceston had been pupils, and footballers, at Launceston’s Dunheved College.  In the summer of 1886, both had moved to Plymouth to work and, finding themselves unwelcome at the established local club, Plymouth FC, they decided to go it alone. And so Plymouth Argyle was born, with the club playing its first ever game against Cornish side Caxton in October 1886.

Since that time, as well as attracting significant support from the Duchy, a good sprinkling of players from Cornwall have graced the Home Park turf, and some of them have played a key part in the club’s history.

But given the accident of geography that sees Cornwall surrounded on three sides by water, with only Devon as a land border, there really ought to have been more players from the Duchy pulling on the green and white of Argyle. There is also no reason why the club shouldn’t be drawing even more Cornish fans to watch a professional club playing the highest level of football this side of Bristol. After all, with a population of almost 570,000, almost two and a half times that of Plymouth, Cornwall is a large talent and supporter pool in which to fish. So it’s only logical that Argyle strengthened its relationship with Cornwall on several fronts in recent years.

When it comes to identifying and developing playing talent, Argyle’s efforts in Cornwall have stepped up significantly in the last six months alone. In September last year, the first of two Cornish Elite Coaching Hubs was launched in Bodmin. Working in partnership with the Cornwall FA, the hubs are a key part of the Pilgrims’ strategy to develop grassroots football in Cornwall, and provide greater depth of opportunity for youngsters to progress into the club’s Academy. As Argyle First-Team Coach Kevin Nancekivell said at the launch of the second hub in Penryn Hub last month:

“Plymouth Argyle is Devon and Cornwall, and Cornwall has got a rich history of producing footballers that we haven’t really tapped into well enough…Ultimately we’re hoping to get a Cornish player on the first-team pitch - that would be the ultimate success, so we want to increase our recruitment areas in Cornwall and to give them the best opportunity to play professional football.”

Some up-and-coming Cornish talent has already been brought into the fold. St Stephen’s-born defender Brandon Pursall signed his first professional contract with Argyle at the end of the 2020-21 season. Meanwhile, Truro School pupil Freddie Issaka became the club’s youngest-ever first team player when he made his debut, at the age of 15 years and 34 days, in the Papa John’s Trophy last August. A few months later, he became the first Argyle player in almost 10 years to represent England in any age group when he turned out for the under-16s national team against Turkey.

Argyle has also forged a strong relationship with Cornwall’s highest ranked club, Truro City. The Cornish team has, of course been managed by Argyle ‘legend’ (with 491 appearances for the Pilgrims to his name, he’s earned that label) Paul Wotton since 2019. And not forgetting that Wotton’s assistant, Stewart Yetton, also started his career at Argyle in 2003. Ryan Law and Luke Jephcott both had successful loan spells at Truro in 2019-20 with the latter in particular lighting up Home Park on his return from Cornwall. Most recently, defender Ollie Tomlinson’s loan spell at Truro has just been extended to the end of the current season.

But Argyle does more in Cornwall than scout for talent. The Argyle Community Trust is, without a doubt, one of the jewels in the club’s crown. Active across a dizzying number of fronts, over the past ten years, the Trust charity has supported over 300,000 people, providing health and wellbeing activities, employment training, education courses and sports coaching, and providing employment within the charity itself.

Of its work in Cornwall, Argyle Community Trust CEO, Mark Lovell says: “We work across Cornwall focusing our efforts on removing barriers to participation and offering inclusive opportunities that are accessible to all. We maintain a particular focus on disadvantaged and isolated communities, underrepresented groups, at-risk children, young people, and adults.

“We provide a football and education programme for school leavers which provide opportunities for young people to experience playing in national youth leagues and gain nationally-recognised qualifications. We also provide sports activities for the local community including walking football for over 55’s and fitness programmes. We also work with grassroots clubs, schools and partner organisations to provide football provisions in local areas through holiday courses, and development centres and targeted provisions such as disability or female-only sessions to encourage more people to engage with football.”

There can be no doubt then that the work of the Community Trust plays a huge role in winning hearts and minds to the Argyle cause across Cornwall.

So on this Saint Piran’s Day, let’s celebrate the contribution of our Kernow cousins to Argyle. There’s always going to be a bit of good-natured banter between those from the opposite sides of the Tamar, but rest assured, the blood of Argyle supporters from the land of St Piran and Trelawny, of Jethro and Jephcott, flows as green as any other.