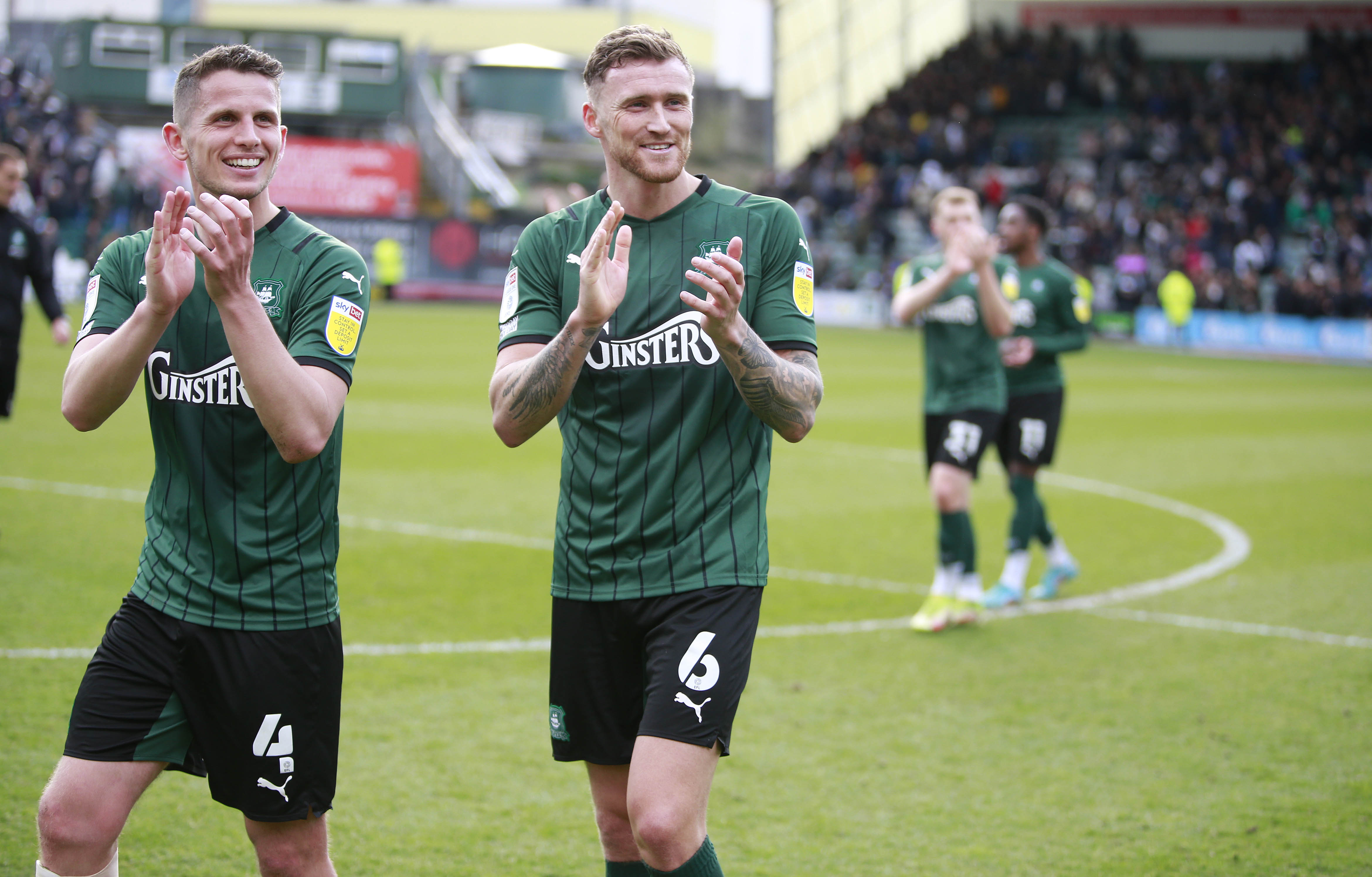 Scarr pleased to be back

Thirteen games out, seven and a half weeks without playing but Dan Scarr looked right at home in the middle of Argyle’s back three on Saturday afternoon.

He returned to the starting line-up as the Greens picked up their sixth consecutive home win, beating Oxford United 1-0.

“It was a good game and great to be back,” Scarr said.

“It was two good teams fighting at the top but was so good to come away with the three points.”

Having been an instrumental part of the defensive unit in the first half of the season, the past month and a bit must have been tough for Scarr, who picked up a hamstring injury in the 4-1 win over Crewe Alexandra in February.

But to make his return and in doing so not concede against the league’s top goal scorers must have been a special feeling.

“I feel alright now, I don’t know about tomorrow,” he said. “Adrenaline gets you through the first one, doesn’t it?

“Although it was a tough game, I thought our shape was good, so I didn’t really have to do a lot.

“It’s been a frustrating time. I love supporting the lads but it’s hard to watch because you want to be playing, want to be part of it.”

Dan feels that the friendships the players have formed and the general good will for their mates on a Saturday, have made the side far stronger than many outside may have thought.

It doesn’t matter who is playing, it’s the winning that counts.

“There is something special happening.”

“There is always going to be times in a season when people are out but whoever comes in is always ready and I think that’s why we’ve done so well.

“I was just keen to get back, not even to play, but just to be about and help the boys, gee them up.

“In other sides when there is someone who plays in your position and doing well, I have seen times when you might not wish them as well, but you don’t have a good team doing that.

“Here, when I was injured and Bolts was doing well, I was grabbing him and telling he was doing so well and he’ll do the same with me.”

As well as putting in a fine display himself, Dan also offered special praise for the man behind him, between the sticks.

Mike Cooper, once again, pulled off a string of important saves with the game at 0-0, that proved pivotal in the result.

“He’s unbelievable, I don’t know how he does it,” Dan said.

“There will be times when he has to be called upon, whether that be us losing concentration or other teams opening us up, but he always seems to be there.

“To be 22 and to have played as many games as he has done and to play that well is incredible.