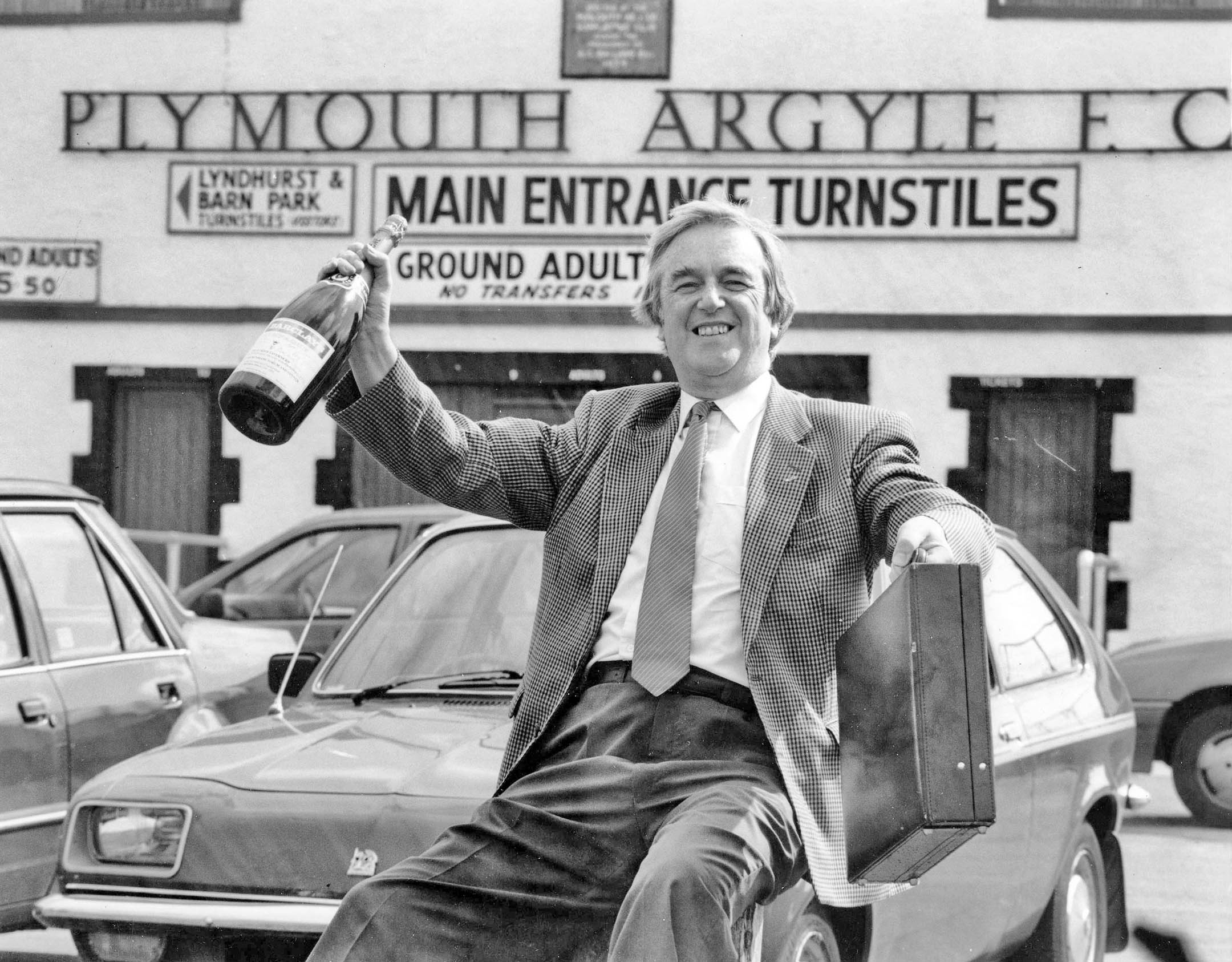 From one Argyle legend to another.

Following the news of former Club Secretary Graham Little's sad passing at the weekend, club ambassador Gordon Sparks has penned his own tribute.

I have my Dad to thank for an early introduction to Graham Little.

As secretary of the Shareholders Association and President of the Vice-Presidents’ Club, Dad spent many an evening with Graham, mostly in meetings at Home Park where Graham would be taking note of everything discussed and compiling the minutes of those gatherings.

I don’t think I ever saw Graham when he wasn’t in a suit, shirt and tie. He always seemed to be ‘on duty’, and that was his perfect attire the last time I saw him at a match earlier this season.

Yet, he was always the most approachable person, particularly at the many dinners and Argyle events he attended with countless stories to tell. He had a different one every time!

As club secretary for 26 years from the mid 1960s to the early 1990s, he not only knew Plymouth Argyle inside out but also football in general.

His contact book was immense with the phone numbers of everyone that held a position in the game. Football chiefs at League and FA headquarters, managers, even the odd celebrity. Around all the official business conducted, he could also manage to book acts like Frank Carson for an evening at the club.

Graham first watched Argyle with his father in the 1930s and learned about the game very quickly.

With Ralph Burroughs (who became an Argyle director), he formed a football team called Weston Mill Spurs, and after running the team, became secretary and treasurer of the Plymouth & District League. Those duties included sitting at the offices of the Sunday Independent on Saturday evenings and writing up the reports for the paper of games that were phoned in by club managers.

That led to writing reports for the Argyle reserves side in the Football Combination League.

He was combining those duties with his paid job of working with the Gas Board.

But his knowledge of football must have impressed more than sufficiently at one particular dinner.  The following morning, Doug Fletcher, the Argyle vice-chairman, asked Graham for an immediate meeting and asked him to fill the recently vacated position of club secretary.

One of the many duties was to oversee transfers, as the secretary’s signature had to be present on each completed form. The first transfer Graham dealt with was that of Keith Sanderson who was sold by Argyle manager Malcolm Allison to Queen’s Park Rangers in April, 1965.

That was the first of hundreds of transfers Graham administered under 15 managers. Not many secretaries could boast such a CV.

Just over a year after taking up the position, Graham was informed by the Secretary of the Football League that Home Park had been chosen to host one of its biggest-ever games. The Football League v the Irish League, with virtually the whole of the England World Cup winning squad playing, and even the Jules Rimet Trophy being displayed around the pitch before kick-off.

Other big games were meticulously handled, including two under-23 internationals with an Argyle player representing England in each game; Colin Sullivan against Poland and, for the second game, Norman Piper in the match against Bulgaria.

There were testimonials, too, when Graham served on the match committees as well as arranging everything for the visit of illustrious clubs such as Arsenal, Manchester City, Liverpool, European champions Nottingham Forest, Spurs and numerous ‘All-Star’ games.

In October, 1977, there was the most unlikely game ever to be held at Home Park on the occasion of Manchester United facing St Etienne in the European Cup Winner’s Cup.  Because of crowd trouble surrounding the first leg in France, United were ordered to play the return leg at least 200 miles from Old Trafford.

Plymouth Argyle stepped in, and with just a few days’ notice, Graham came up trumps. For example, the small press box would not be able to cope with scores of national journalists and sports writers, let alone a small army of those who travelled from Europe.

Many extra telephone lines and desks had to be installed in the front row of the Grandstand to accommodate everyone, but Graham ensured the evening went without a hitch.

Although he constantly had a humourous and genial nature, that didn’t mean he couldn’t hold his own in negotiations.

Even Brian Clough came off second best when Bobby Saxton was about to complete a move from Derby County to Home Park.  Always willing to carry the chairman’s wishes and doing what was best for Plymouth Argyle, when Clough stated his desired transfer fee, he was left in no doubt he wouldn’t get things his way.

“We’re not paying that,” Graham told him.  “He’s not even a regular in your first team!”

Graham got the price he aimed for.

The Bobby Saxton deal was one of many that was done in a way that would be seen as archaic today.

There was no technology, apart from a fax machine that was utilised if the deal was completed with the player in position at Home Park.

Graham would travel with the manager, quite often to motorway or ‘A’ road service stations with the necessary forms and a typewriter on the back seat of the car.

After a deal was complete, Graham would often have to travel to London to hand in the forms to the Football League offices.  Imagine that today!

There were the delicate negotiations when Paul Mariner was seemingly certain to join West Ham United, but Ipswich Town manager Bobby Robson stepped in at the last minute, and the rest is history

The most infamous incident Graham dealt with was the visit of Santos, the team including many of Brazil’s World Cup winners, including Pele.

On seeing the size of the crowd, Santos officials demanded more than the agreed appearance fee. Discussions between Graham and chairman Robert Daniel and the Brazilian contingent meant kick-off time had passed with over 40,000 fans thinking the game was delayed purely to get more fans inside Home Park.

They were in an impossible predicament.  The game went ahead with the extra payment made in a hotel room at the Holiday Inn, venue of the post-match dinner.  But Argyle, through Graham’s untiring negotiations with UEFA and FIFA officials, saw the ransom money eventually reimbursed.

With Argyle, there were semi-finals in both major domestic cup competitions, promotions (and relegations) to add to Graham’s experience of a job that may have changed over the years.

But in the ‘old-school’ mode of the day-to-day running of a football club, Graham was the role model.

As his regular match programme notes were once called, he certainly was ‘Little At Large’.

There will never be another of his breed.