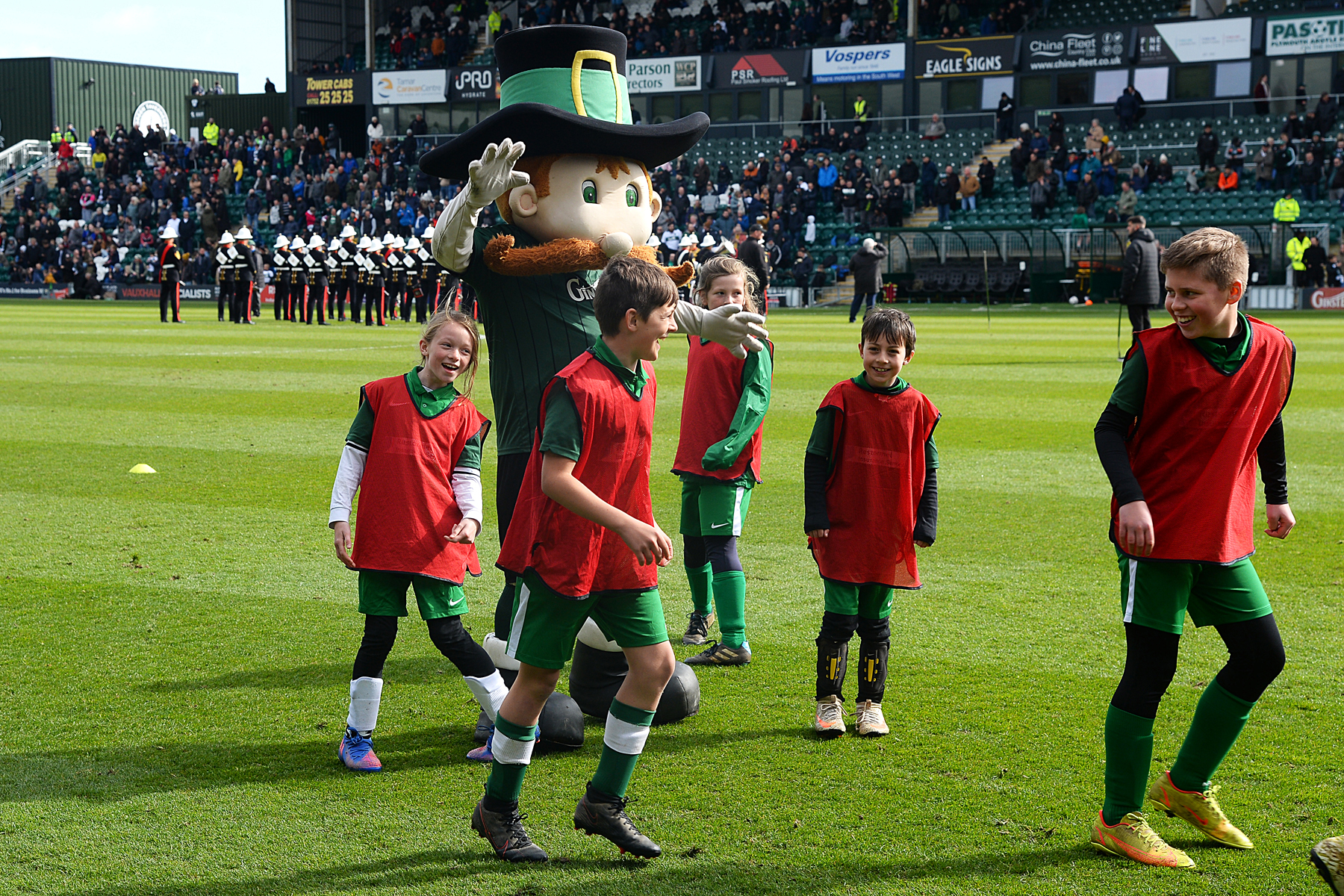 A Taste of Match Day Magic

For most people, football starts on Saturday at 3pm. But a football club is more than just the first team, and for almost 25 years Plymouth Argyle have been giving the next generation of fans a behind-the-scenes look at Home Park on match days.

In 1998, the club started its Match Day Magic Programme, adding Train Like A Club and an American Shootout to the menu in 2019. These events, which give children an inside look at the club and the chance to enjoy a training session with Argyle coaches, are particularly popular with Cornish schools and football clubs. In fact, over the course of a season, almost two thirds of the participants typically come from west of the Tamar. Recently some 90 children from the Isles of Scilly took part, showing the draw of Argyle for even the furthest-flung clubs.

To find out what the day is like, Cornwall Sports Media joined the group of excited children, and equally enthusiastic parents, from Stithians for their Match Day Magic programme. Later, we jumped onto the pitch (with permission, of course!) to watch Luxulyan Youths round off their Train Like a Club experience with a half time mini-match.

First stop for the Stithians group is the Devonport Stand, where Stewart Walbridge gives participants an introduction to Home Park. Stew has been at Argyle for more than 11 years and demonstrates an encyclopaedic knowledge of the club. Who knew there were two holding cells beneath the Lyndhurst for ‘naughty’ fans? He’s joined by bona fide Argyle legend, Alec Brenton, who has worked at the club for more than 40 years and was involved in Match Day Magic from the very beginning. If anyone can be said to live and breathe Argyle, it is surely Al.

Then it’s on to one of the day’s highlights – the tour of the dressing rooms, starting with the visitors’ accommodation. Stew’s explanation of why this is somewhat less luxuriously appointed than the home dressing room is suitably diplomatic. He does, though, touch on the tactical use (or non-use, depending on the time of year) of central heating that some clubs use to gain a psychological advantage over the opposition. Dark arts indeed.

Entry to the home dressing room comes with strict injunctions not to post photos on social media before the line-ups have been announced, lest the names on the back of the shirts that are laid out give the opposition an early insight into Schuey’s team selection. Now that’s real behind-the-scenes access.  A discussion of favourite pre-match snacks throws up some surprises (Haribo Sweets anyone?) and player superstitions are also touched on. Stew’s lips are, however, sealed on the identity of the squad member whose pre-match ritual revolved around an obsession with being the last one out of the dressing room before kick-off. It’s not clear whether the club has yet created a statistical model to analyse the impact on performance of dressing room departure order, but given Argyle’s ruthless attention to detail, it wouldn’t surprise me.

After a blizzard of selfies in front of the rows of shirts hanging behind the players’ seats, it’s on to the dugouts for more photos before heading off to the Life Centre for some coaching at the hands of Joe Cooper, Abbie Wills and Leighton Fisher. As the kids blow off some steam with drills and practice games, it’s a welcome opportunity for parents to refuel on coffee and watch the stars of the future go through their paces.

Everyone is then more than ready for lunch, and the Match Day Magic morning concludes with the distribution of tickets for the Family Stand ahead of the big game. While some of the children and parents are regulars at Home Park, for others it’s their first visit to watch Argyle. But finishing the day with a top-of-the-table clash in front of a packed and noisy Home Park, you have to think that quite a few will be returning in future.

For the participants in the Train Like A Club day though, the highlight of the afternoon is still ahead. As the half-time whistle blows, Match Day Coordinator Mike Price and his well-drilled team descend onto the pitch with mini goals, followed by a gaggle of excited under-11s from Luxulyan. It’s a safe bet that none of them will have played in front of 16,000 supporters before, but kids being kids, they just enjoy running around after the ball on the billiard table smooth Home Park surface (while dodging the sprinklers, of course). As the players emerge for the second half, they return to their parents in the stands with memories that will last a lifetime.

With two schools or clubs signing up for each of the 23 home games, and an average of 55 participants, 2,530 children per season take part in the Match Day Magic programme alone. Add in the 23 clubs joining each of the Train Like A Club and American Shootout programmes, and in the 2020-21 season the programmes attracted around 6,900 participants. That represents a massive outreach into the southwest football community.

Stew Walbridge sums it up:

“Our Match Day Programmes allow us to inspire youngsters within the region to engage with their local professional football club - Plymouth Argyle. Our programmes aim to inspire future supporters of the football club by providing them with a positive first experience. The Match Day Programmes allow us to bring an average of more than 300 attendees each Match Day. Showing the children around the stadium allows them to get a behind-the-scenes taste of the club.”

The popularity of the Match Day Programmes is reflected in the fact that the events for the remainder of the current season were fully booked as far back as last December. Bookings for the 2022-23 season open as soon as the fixtures are announced at the end of June, and places go fast. So it’s worth making a note in the diary to avoid missing out.

For more information on our match day experiences, click here