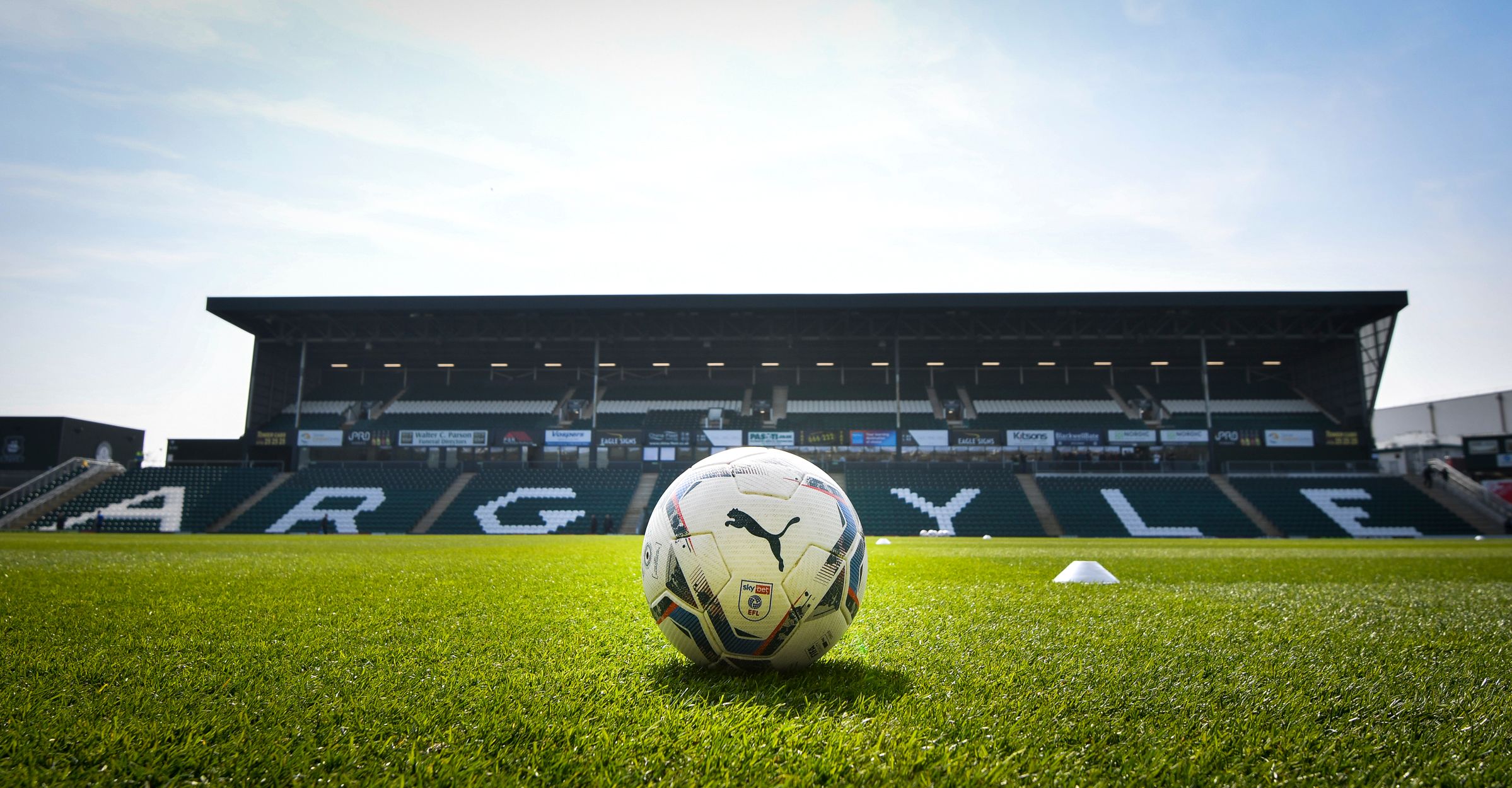 Nearly 2,500 supporters contributed vital feedback to the club in our recent consultation with fans over the potential of a points-based ticketing system for home, away and cup fixtures.

Having collated robust data from a range of supporters across different age ranges and ticketing status, we can confirm that no decisive consensus was reached on an approach that would satisfy all supporter groups.

After discussions, and taking on board detailed supporter feedback, we can confirm that a small tweak will be implemented for away ticketing ahead of the 22/23 campaign – on a trial basis for the entire season. After which a comprehensive review of the trial will take place.

On a discretionary basis for high-profile away fixtures, the Home Park Ticket Office will reserve an allocation of tickets on a points-based system, before the remainder will be sold as usual – going to Season Ticket holders as standard, then Flexi Ticket holders and Big Green Lottery members, and then General Sale.

There will be no change to home ticket sales at this point. Cup games will be assessed on a fixture by fixture basis.

This decision has been taken to ensure that the commitment of those supporters who attend most games is acknowledged by the club, while also honouring the priority status associated with being a season-ticket holder at Argyle.

It was clear from the consultation results that there was not a clear majority desire to move wholeheartedly to a points-based system at this time, and with only one fixture last season (the Emirates FA Cup tie at Chelsea) not reaching General Sale, there is not yet a clear need to adopt this approach from a practical perspective either.

However, the combination of a number of local derbies returning to the fixture schedule this season and a vastly increased season-ticket holder base means that priority pressures will be more frequent this season – and so the club will operate a fluid approach to implementing points priority as required.

As a result of this approach, season ticket holders will automatically be allocated 230 points from the start of the season – but also have access to purchasing tickets that are not in the reserved pool first. Individual match tickets will be assigned five points per home fixture and 10 points per away fixture.

From the first game of the season, supporters’ ticketing accounts will show users how many points they have earned, and, should a points system be assigned to a fixture, our online ticket purchasing system will automatically ensure tickets can only be purchased by those meeting the threshold during the priority phase.

For those who do not purchase online, the Home Park Ticket Office team will also be able to help supporters understand their points totals and make purchases.

The club recognises the importance of getting our approach right with ticketing, and so we are keen to reiterate that the solution outlined above will be operated on a trial basis, and will be regularly reviewed as the season progresses. The club will also offer further opportunities for fans to provide feedback on the system as it evolves.

Supporters will only be eligible to purchase during the first priority 'points window' if they hold a 22/23 season ticket. It will not be possible for a non-season ticket holding supporter to overtake one with a season ticket.

We consider it vital to preserve the priority status associated with a season ticket - however, we also believe that supporters who have attended the vast majority of away fixtures on top of their season ticket should have that commitment acknowledged in some way.

Offering a proportion (not all) of our allocation to these supporters is a halfway house between a full points system (which many supporters were not happy with as it creates a 'closed shop') and the previous system - which can see these supporters miss out on high-profile fixtures.

Of course, we understand that this will be an emotive subject, and we know from our consultation that not everyone will agree. However, we feel that this system provides the fairest balance while also offering some reward to our most consistent attending supporters.

Non season ticket holders collecting points will benefit ahead of general sale tickets, should tickets remain available at that point. However, it's worth pointing out that we only tend to implement points priority for fixtures we know are likely to sell out early.

We are implementing a trial to see how it goes, and to iron out any unforeseen kinks in the process. Supporters will be invited to share their views with us again as the situation unfolds.

As pointed out above, the Forest Green fixture will likely be the first fixture where points will be required, and we'll provide details in due course.

However, an example of how this could work for FGR is as follows but still TBC.

1a. Season Ticket Holders with 250 loyalty points or more (An allocation)

3. Non Season Ticket Holders with 25 loyalty points or more (Not likely here, but an example of how it could be used ahead of going to general sale)