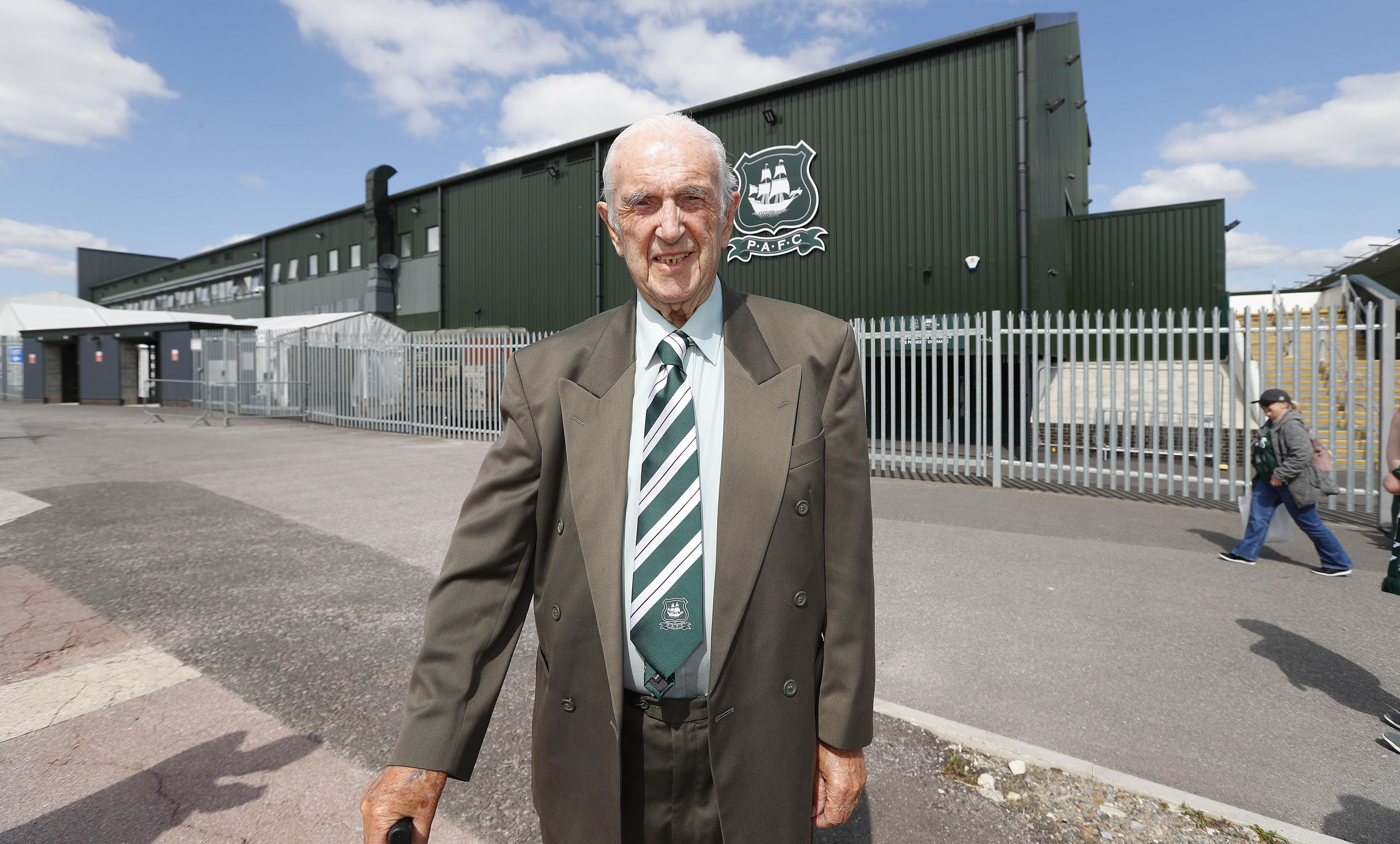 With beloved former Club Secretary Graham Little's passing a few days ago, Chris Groves, author of the book of stories from Graham's career at Argyle entitled Little: On The Inside, writes a tribute to the great man.

Flags at Home Park have been flying at half-mast to honour Graham Little, the former Argyle Club Secretary between 1965-1991, and a beloved figure throughout the entire football club’s community.

Graham was well known at Home Park for his tremendous stories during his time at the club, and I recently had the fortune to speak with Little on many occasions, as we worked on a book to chronicle his career and compile those incredible tales. What became clear very quickly, though, was that the reasons to admire Graham go far beyond his recollections and experiences.

Even before Graham became a part of Plymouth Argyle, he racked up plenty of tales to share. Educated at Tamar Central School, Little grew up during Second World War, moving temporarily to Whitsand due to the Blitz attacks on Plymouth. He joined the Armed Forces in 1944, serving for three years across the globe: Syria; Palestine; Lebanon, Egypt. Demobbed on Christmas Eve of 1947, Graham’s administrative journey to Argyle soon began.

Alongside working at the Gas Board, Graham and fellow ex-servicemen formed a football team, Weston Mill Spurs, with Little in the role of – you guessed it – Club Secretary. Shifting into a similar role for the Plymouth & District League, Little excelled there until 1965, when Argyle came calling – though it wasn’t as simple a decision as you might expect. Graham still had his job at the Gas Board and, in his words, “Argyle sacked secretaries as often as they sacked managers.” After some deliberation, though, he took a leap of faith, with his love of the club being the driving force. “I’m mad about football and I love Plymouth Argyle, so I’m going to take the job”, he recalled saying to his manager.

There began a quarter-century journey at Home Park, full of memorable tales and anecdotes many of you have likely heard from the man himself at dinners and functions. Chance meetings with George Best, Elton John, and Jimmy Greaves. An embarrassing phone call in front of Sir Matt Busby. Earning the begrudging admiration of Brian Clough. Interesting payment discussions with George Best and Santos, upon Pele’s visit to Devon. Late nights in with typewriters in hotel rooms to sign future Argyle legends. Inside scoops on boardroom drama and internal politics. Interrupting players’ romantic evenings to tell them they’ve been transferred or called up to their country.

I don’t need to re-tell those stories, nor could I ever do them justice, with the details and comedic timing that Graham delivered. From my very first meeting with Graham, I knew I’d met someone bursting with kindness and enthusiasm. He was always desperate to light up a room with a delightful tale, and wanted to make time for everyone in attendance.

Every time you met Graham, he made it feel like that meeting was the highlight of his week. Over 12 months, we met once a fortnight to gather stories and memories for the book – but he was just as interested in asking about me and my life, or simply chatting about the past weekend’s football. Graham welcomed me into his life with open arms and care – as I began to realise he’d done so with many others.

Little’s stories are littered with instances of instinctive kindness and unwavering compassion for those around him – like the late Peter Hall, an old friend who had fallen on hard times, before Graham arranged a role for him at Argyle, eventually training him up to become Assistant Secretary. Be it for players, staff, or even directors, Little was a respected opinion, a source of support, and a reliable conscience through the toughest of times.

The legacy left by Little speaks for itself not just in his achievements, but in the fabric of Argyle as we know it. His character, though, will hopefully be emphasised and celebrated as much as his achievements. Despite the intense demands of being a Club Secretary, those responsibilities only scratched the surface of what Graham gave to this football club via his warmth, politeness, and selflessness – traits that never wavered well after his time at Argyle. That, I would say, is a life well lived. Thank you, Graham.

Love and condolences to Irene, James, and all his family and friends.