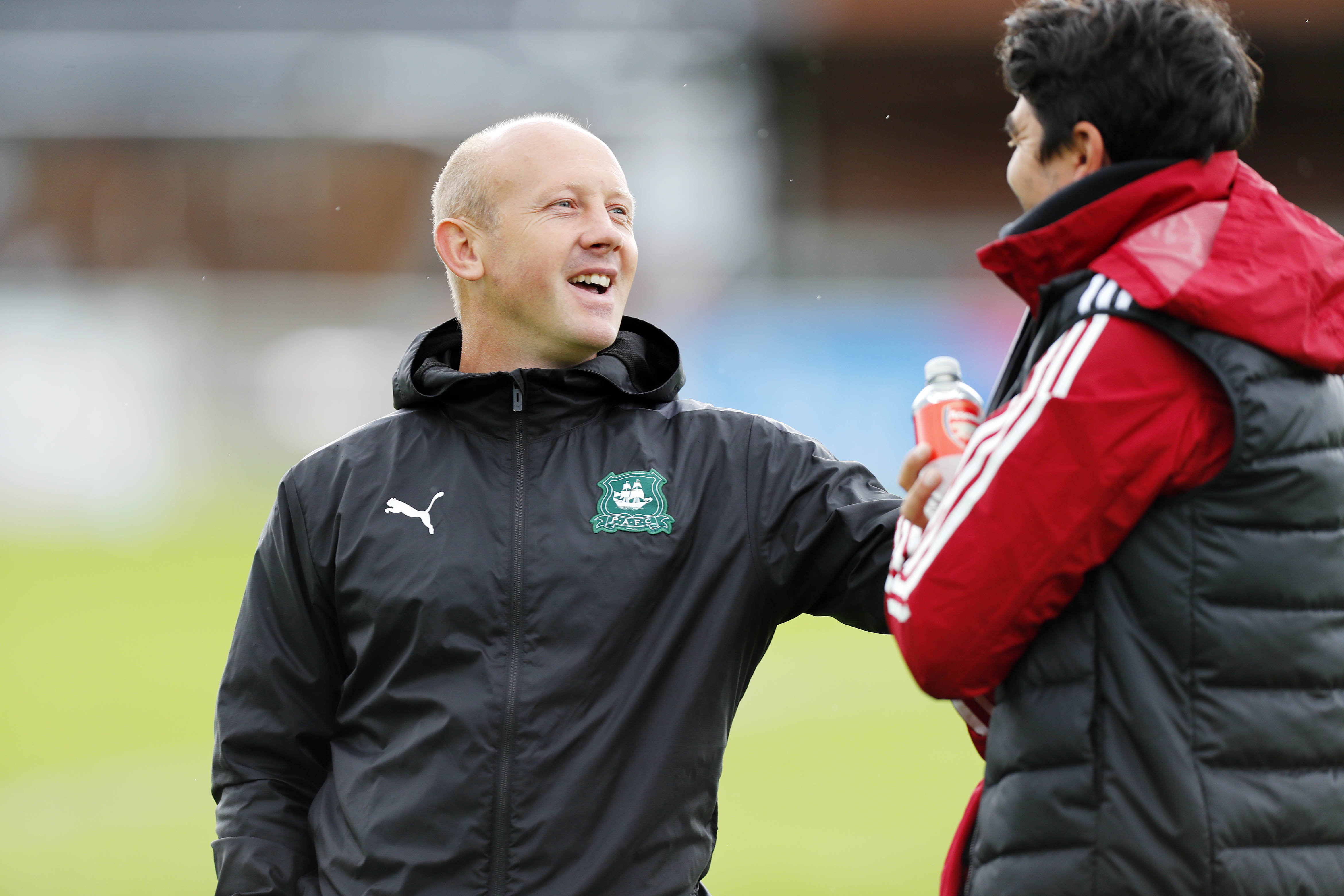 The amazing explosion of young homegrown talent making an impression at first-team level is creating a fantastic legacy at Home Park.

For those reaching the latter stages of the Academy journey, under-18s coach Darren Way and his team are setting the building blocks in place to establish quality footballers and rounded people.

On the pitch, the success of that process can be seen in an excellent start to the EFL Youth Alliance campaign.

“It has been a really good start to the season for our Under-18s,” said Darren. “When you’ve got a new group coming together, you try to build trust and accountability.

“The way that we play, and quite clearly with the positive results, the players are taking things on board. There have been improved performances and we’ve created a winning environment.

“The players are enjoying their football and, as staff, we’re enjoying working with this group. At the moment, we’re in a good place.”

While performances and results at under-18 level are important, the ultimate goal is to make a first-team breakthrough, as displayed with homegrown products comprising more than three-quarters of the match-day squad against Newport County in the Papa John’s Trophy.

The amazing success of players like Luke Jephcott and Mike Cooper is also providing our youngsters with the evidence that the final goal is achievable.

"It gives them that extra bit if belief, which you need as a player,” said Darren. “When you’re training and putting in the hard work, players ask themselves the question: will that be noticed, and quite clearly we’ve seen the answer to that.

“The easier part is getting to the first-team level, the hard part is staying there. The biggest task we face as coaches and players is making sure they seize their opportunity.

“We know it takes time in terms of development and experience, but you only have to look at the Newport game to see our young players are ready for the opportunities that come along.

“For our young players, it is a great to have the examples of Mike Cooper and Luke Jephcott playing regular first-team football. They are great role models, both really good characters, they’ve played a lot of games in the first-team and taken on the pressure in some big moments.”

It is, however, the reality of football that not every young player will make that final step, which means all their work on the pitch must be underpinned by a strong educational platform.

“Unfortunately, it is the nature of football that they won’t all make it to that stage, so we have to make sure that we are also creating good people, who can sustain a career in some form,” said Darren.

“There is a lot of work that goes on behind the scenes to ensure their education is kept up to speed and we’re doing more in terms of life skills, so we can provide everyone in our programme with the tools to succeed in life. That makes me just as proud as performances on the pitch.

“We’ve had players going out to America, who are really enjoying their programmes out there. They are playing professional football daily. We’ve had Tyler Coombes join Plymouth Parkway and he is enjoying a balance in his development.

“It doesn’t mean that a player’s career is over, some just take a different pathway, and may well come back to this stage at some point.

“We have to make sure we develop them all as people, so that when they leave the football club, they have options. Our players work in the community, they take coaching badges and their educational work gives them a qualification.

“We try to cover every aspect of a player’s pathway.”

As well as under-18s stepping up to the first-team environment, there have also been a number of players from younger age groups competing beyond their years, a pattern reflected right through the Academy.

“There are a number of steps in Academy life and it is important for players in the under-15s and 16s to get their chance at under-18 level,” said Darren. “Some of the players have accelerated in terms of their physical, technical and tactical development.

“It’s only right that they have the next opportunity but the principles remain the same. They have to hold on to that shirt, which could mean competing against a second-year apprentice.

You can support the next generation of talent at Home Park by joining the Big Green Lottery for just £2.25 per week. Click here to join today or contact bgl@pafc.co.uk.