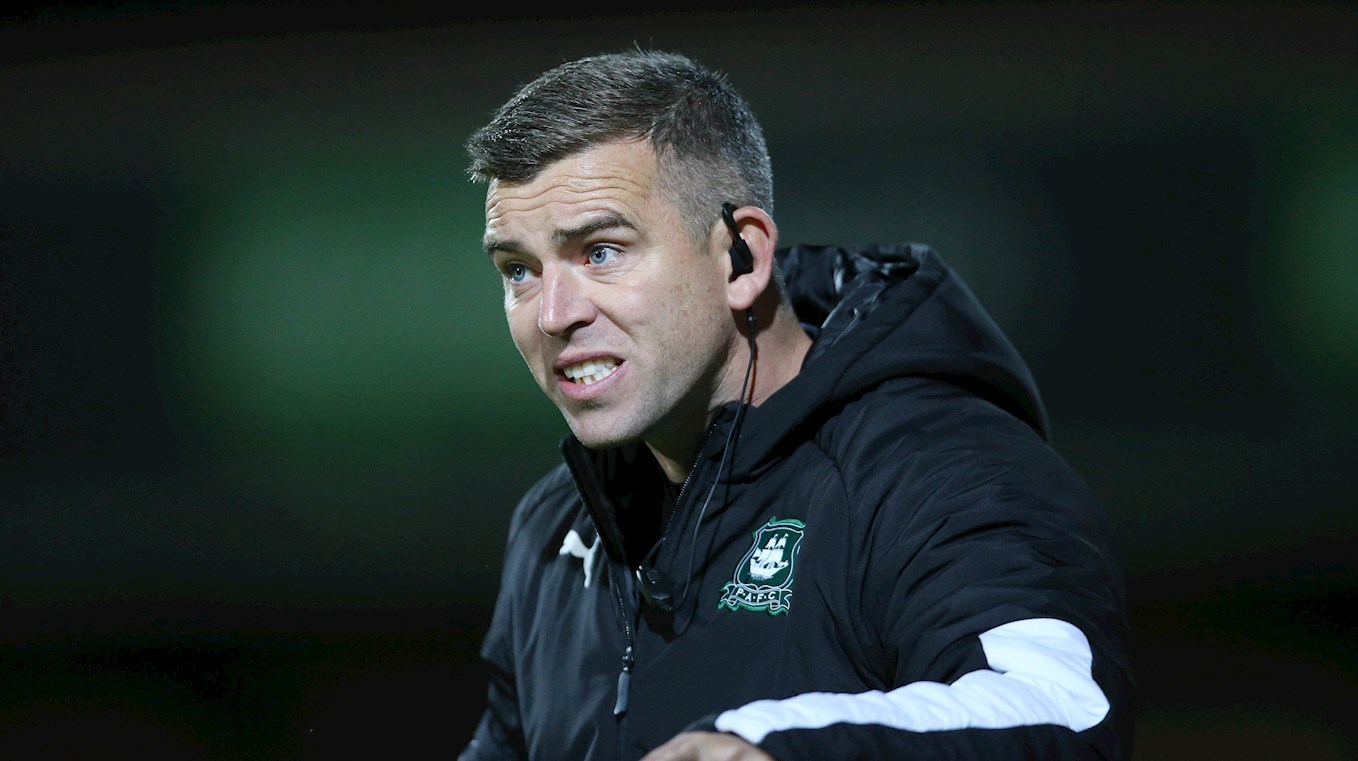 Assistant Manager Steven Schumacher may have only just begun his promising coaching career, but he has arguably already experienced a lifetime's worth of turbulence.

Schuey, along with manager Ryan Lowe, led Bury FC to an unlikely promotion from Sky Bet League Two last time out, despite the squad going for several months unpaid.

Having arrived at Home Park in the summer, the former England youth international was looking forward to a period of security and stability, but the unprecedented coronavirus outbreak has left him having to adapt to a unique situation for the second consecutive season.

He said: “Ryan and I laugh about this all the time. Everybody knows, and we’ve spoken a lot about the circumstances we were working on last season. We had a group of players that weren’t getting paid but were performing to outstanding levels. We could have written a book on some of the stuff that happened last year.

“This year, we’re at a club that’s stable, a fantastic club to work for, and we said how we were really looking forward to a normal summer – getting to the end of the season, hopefully being successful, and relaxing – but now this has all happened.”

While both seasons have been undeniably stressful, Schuey is quick to express his gratitude for the way that the club’s hierarchy have conducted their business during these uncertain times.

“We are immensely grateful to Simon [Hallett, Chairman], Jane [Hallett], the Board and everyone else for the way that the club is run,” said Schuey. “We had a meeting with Andrew [Parkinson, Chief Executive] and Zac [Newton, Club Secretary], and our philosophy is about honesty and openness.

“At this moment in time, Simon has said that he’s committed to paying all wages until the end of June, and that’s fantastic to hear. It gives you that little bit of reassurance as an employee.”

“Whatever the Board, Simon and Jane can do to help anybody, you know that they will. They are good people, first and foremost, and they run very successful businesses and a very, very good football club.”

Schuey knows that the coaching staff has a responsibility to provide pastoral support to the Pilgrims’ players, despite the current hiatus – and the team have held regular catch-ups.

“We had a Zoom call with all the players last week, and we checked in,” said Schuey. “We are just trying to keep them as up to date as we can,” said Schuey.

“Most of them seem to be in a good place, keeping themselves ticking over. It’s important that they don’t burn out, so for some players we’ve actually used this as a rest period – so that when we return to the training pitch everyone’s ready and raring to go.”

The players have each been given a tailored fitness plan by the Pilgrims' Head of Fitness and Conditioning, John Lucas, and are keeping themselves ticking over in the absence of a concrete date for returning to action.

“We’re governed by the lockdown rules, the same as other industries,” said Schuey. “Whenever we can get the players back into the building, that’s what we will do. Whether it is in twos, or fours, to maintain social distancing, we’ll be able to do that. Once we get all of the players back, we‘ll only have a short period of time before we’re due to start the games, so we’re going to have to be spot on.

"We will need to make sure we get the best out of every single day so that when the first game does start, we’re as physically and tactically prepared as we can be.”