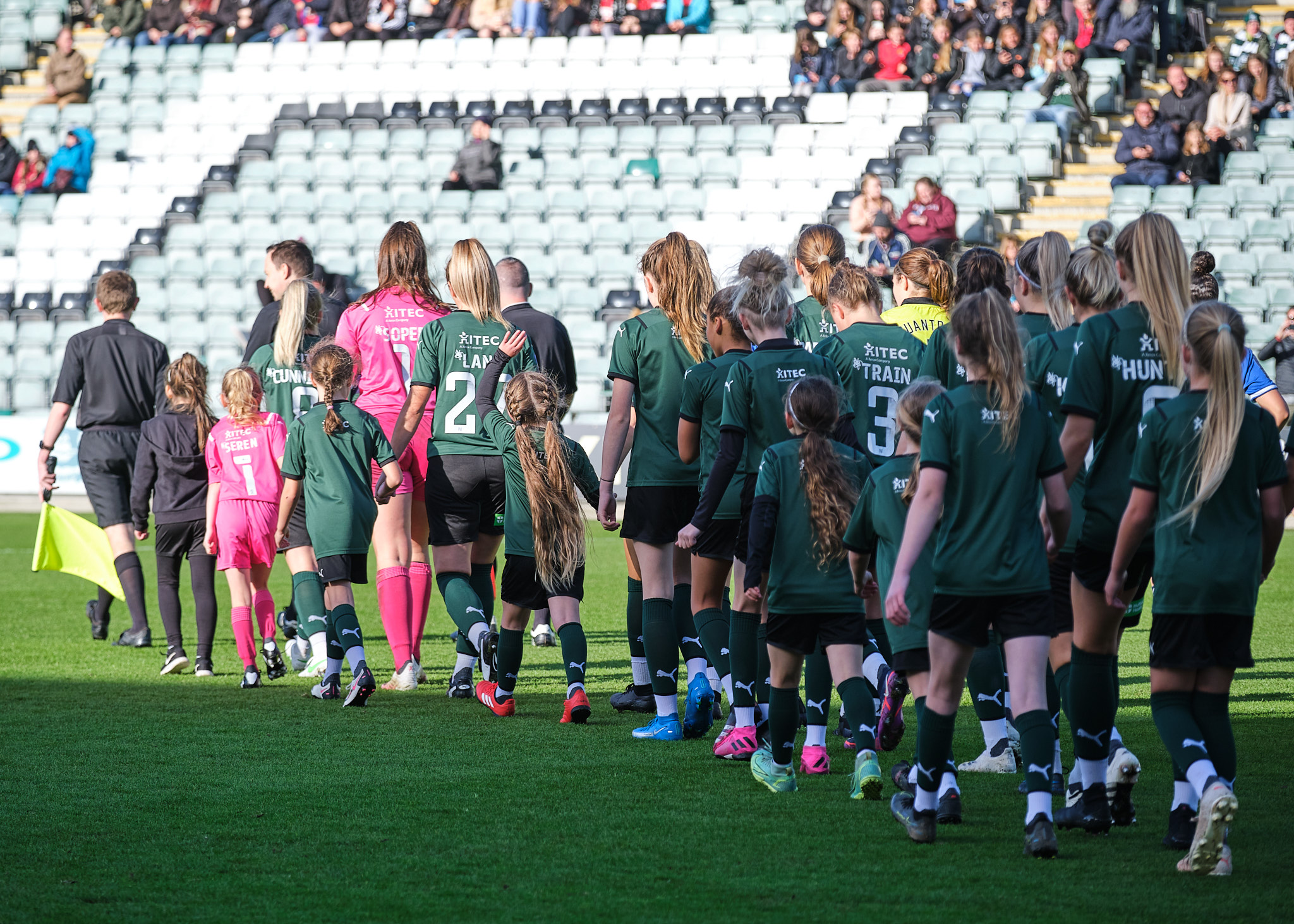 Plymouth Argyle Women will play their second game at Home Park this season on Sunday as they take on Charlton Athletic Women in the Vitality Women's FA Cup 4th round.

Argyle come into the game in their best form all season after winning their first three opening games of 2022, including a dockyard derby win against Portsmouth. They will be hoping to cause an FA Cup upset against their opponents Charlton who currently sit 3rd place in the Championship, the league above The Pilgrims.

It has the potential to be a record-breaking game for Argyle, who have never reached the 5th round before in their history as Plymouth Argyle. It is only fitting that a game of such importance is held at the theatre of greens, Home Park. Argyle will be hoping for a bumper crowd to cheer them on as the underdogs against their higher league opponents.

So far in the Vitality Women's FA Cup, The Pilgrims have been in fine form, with plenty of goals on show for spectators. In the first round, they played out a 5-3 goal-fest against Keynsham Town, in which Natasha Knapman scored her first hattrick for the Pilgrims since returning in the summer. In the 2nd round, they beat St Austell 4-2 in another goal-fest which saw goals from Gabi Alphous, Jemma Rose, and a brace from Beth Ireland progress them into the third round.

Then in the 3rd round, they played their part in FA Cup history when they beat Clapton CFC 5-0 as their opponents became the first tier 7 side to reach the 3rd round, with Knapman, Cunningham, Pollock, Rose and Crawford all getting on the scoresheet.

If their previous results in the competition are anything to go by, then the Home Park tie is likely to be an entertaining goal-fest against Charlton.

Like most Championship clubs, Charlton entered the competition in the third round, where they ran out 1-0 winners against Gillingham thanks to Hollie Olding's thunderous, 40th-minute goal.

Having seen Gillingham, a team that plays in the same league as Argyle, only lose by a single goal, it should give The Pilgrims plenty of encouragement of having a competitive game against their higher league opponents.

It will be Argyle's second game at Home Park this season after their match against league leaders Ipswich Town earlier in the season. While the Pilgrims lost the game that day, they were cheered on by a crowd of 600 spectators. Having had several improved performances and had players like Amber Pollock and England U16 international Mari Ward come into the side since then; Argyle will be hoping to reward their supporters with their exciting brand of attacking football and cause a history-making FA Cup upset against Charlton Athletic.

The game kicks off at 1pm on Sunday, 30 January at Home Park. Anyone wishing to attend this weekend's game and support the Women's team can purchase tickets on the day or online at argyletickets.com. Adult tickets cost £8 while Under 23 tickets & Over 65s cost £5 and U18 tickets cost just £3.