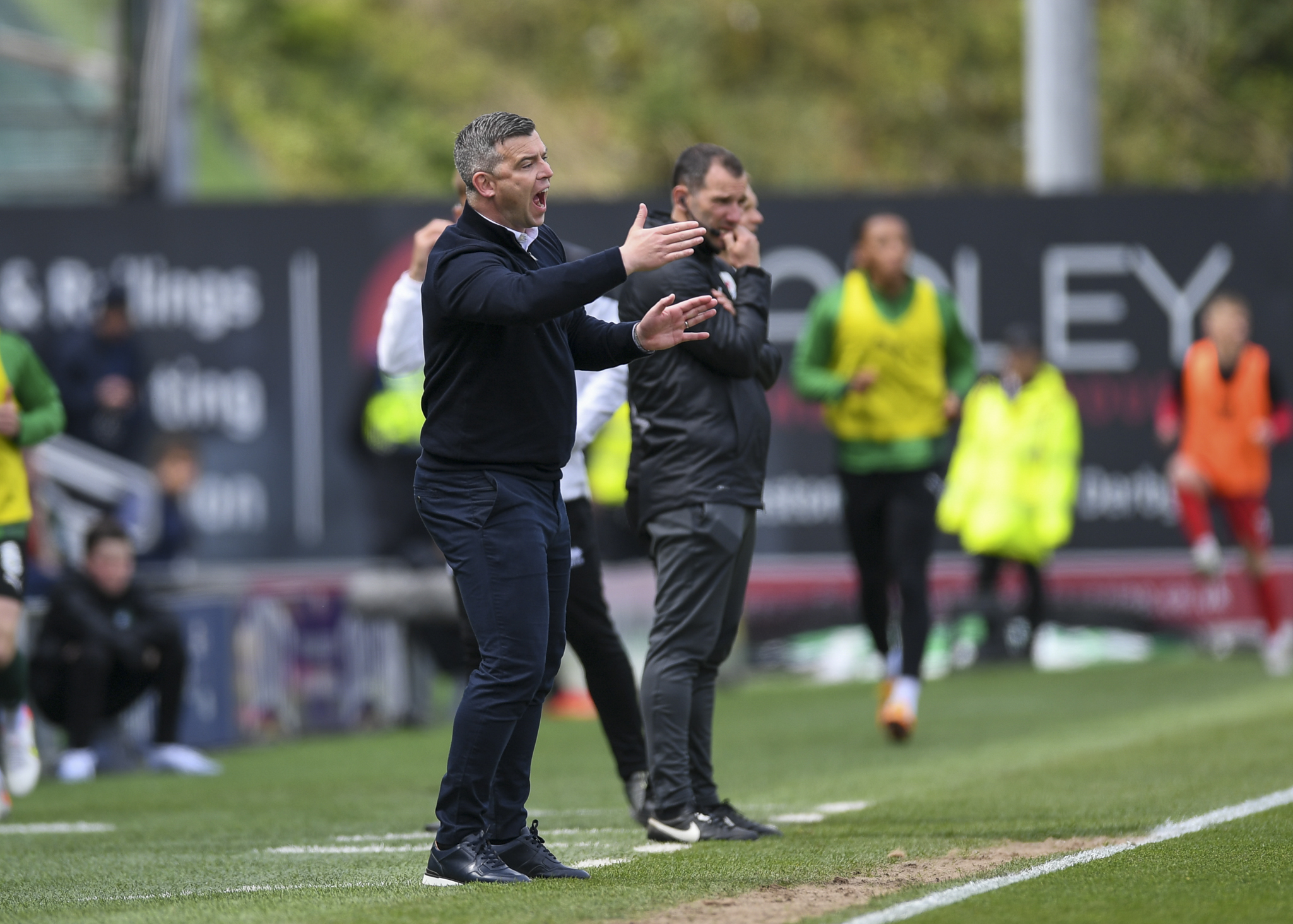 Argyle manager Steven Schumacher admitted he was “devastated” by missing out on the Sky Bet League One play-offs with defeat to Milton Keynes Dons, but remains immensely proud of his players’ efforts over the duration of the campaign.

Schumacher said: “Devastated. It’s not the way we wanted today to go. I felt that it might not have been the case if we’d have taken the chances we created early on, it’s a different game.

Argyle went into the showdown having not conceded a goal at Home Park for seven games, but the fixture turned crucially on a couple of key moments at either end, and the game got away from them thereafter.

It would be the first of four goals he’d score on an afternoon which also saw the Greens pick up their first red card of the season, with former Dons midfielder Jordan Houghton dismissed for two yellow cards shortly before the break.

Schumacher said: “The goals that we conceded, one's a moment of quality and the other two are poor from set plays just before half time and then the red card kills it as a contest. Playing MK Dons one man down is probably the worst team you want to play.

“It is fine margins and at the top end of the division when the games are tight, you've got to take those opportunities that you create. Two unbelievable chances, two lovely bits of play. They fell to the player who you would want it to fall to but they haven’t hit the target both times and it's probably the difference in the game.”

In most seasons, heading into the final day fixture on 80 points would see a team comfortably in the play-offs, with an outside shot of automatic promotion. Unfortunately for Argyle, their huge points haul came in a record-breaking play-off chase.

Schumacher was quick to point out that, despite the final-day disappointment, his overachieving side should take heart from their efforts.

“I just said to them before the game even started that, no matter what, I'm proud of them.

“Every single one of them have given us everything, 100% every single week and the journey that we've been on has been an incredible one for us to be competing and fighting for the play offs on the last day with these big teams in League One.

Schumacher, who celebrated his 38th birthday on Saturday, also gave special thanks to the Green Army – who continued to show support for the team throughout the difficult afternoon, and waited behind in their numbers to show appreciation during the team’s customary lap of honour. During the second half, the Devonport End even broke out in a chorus of ‘Happy Birthday’ for their manager.

He smiled: “That put a smile on my face! It wasn't an easy day obviously when we’re conceding goals and chances like that. In the second half, it was a real horrible 45 minutes.

“At the start of the week, I asked them [the supporters] to stay behind the team because it was going to be hard day - it was a difficult day and we needed them. Thank you for the for all of the support throughout the whole season, not just today.”

Having missed out on the play-offs by small margins, Schumacher’s mind is already on next season, with the nucleus of a strong squad remaining under contract ahead of the 22/23 League One campaign.

“At the end, to the players, we said ‘look, we've had an unbelievable season, and next year we'll get better.

“I think this year, we've had a massive improvement from where we were last year. If we have a little bit more of an improvement next year, then we'll be okay.

“We’ve got the majority and a nucleus of a good squad and we'll be ready to go again in June.”