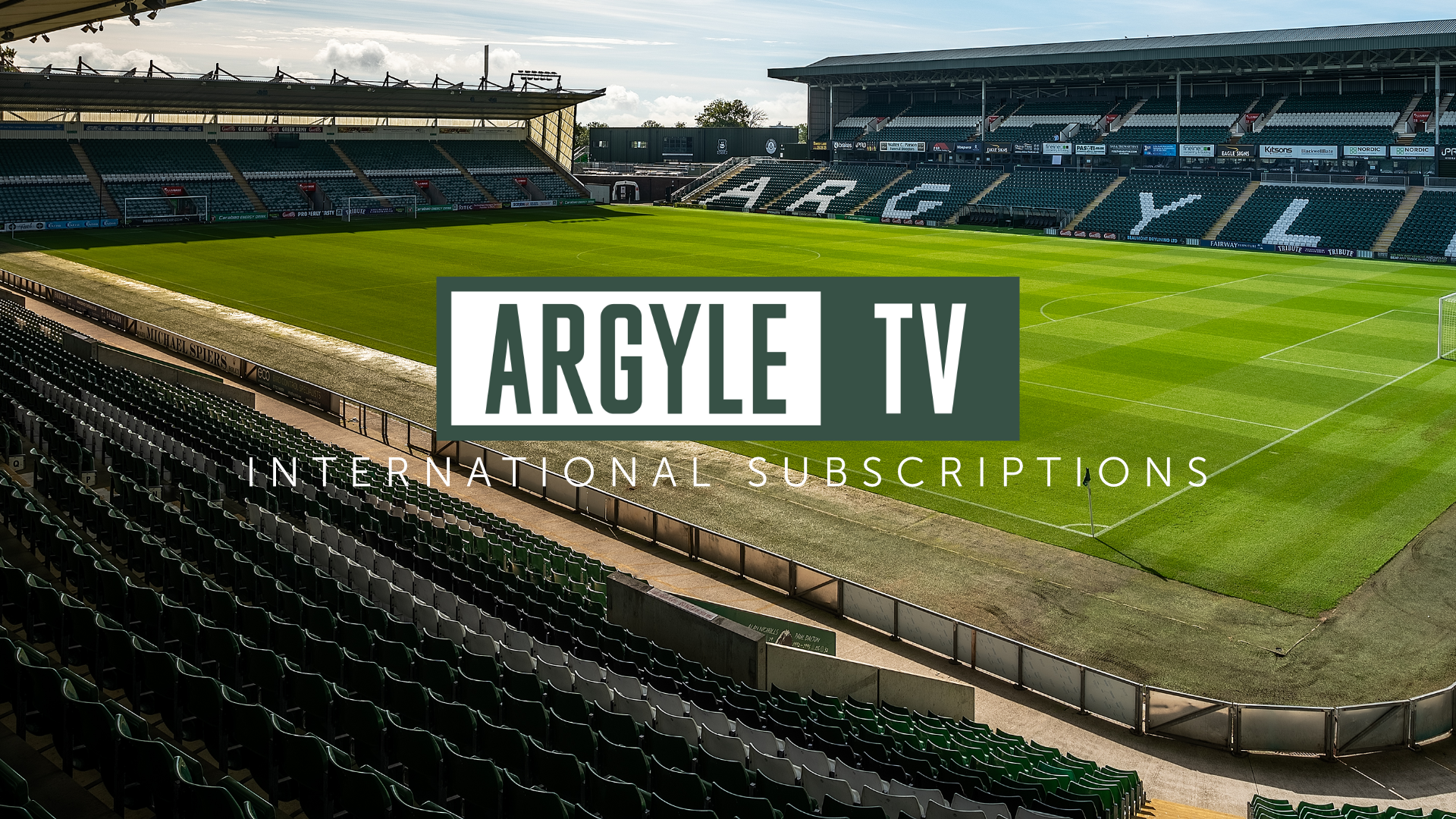 Members of the Green Army living outside of the United Kingdom and Ireland can now purchase a subscription to Argyle TV – the club’s brand-new streaming and video on demand service for Argyle fans.

International subscriptions to Argyle TV enables supporters to watch all* of the Greens’ 21/22 Sky Bet League One games live, including four-camera coverage for all of the Pilgrims’ home league games. Overseas fans can now subscribe to this service for £170 per season or £25 per month – which includes access to behind the scenes content, exclusive interviews, and soon to be added hundreds of hours of archived Argyle content.

International Argyle TV subscriptions, priced at £170 for the season which, based on the club being permitted to live stream approximately 42* league matches in 2021/22, equates to less than £4.05 per fixture.

Argyle TV replaces the outgoing iFollow Argyle service for the 21/22 campaign, with the club investing in an all-new and upgraded digital service for the Green Army, including a new website, club app, and in-house streaming platform.

Current EFL rules limit the sale of season-long streaming subscriptions to overseas supporters only, due to domestic broadcast rights. However, the club continues to support offering this service to domestic fans as well. Details of our domestic Argyle TV packages will be announced shortly.

Argyle TV International Passes DO NOT include pre season friendlies or matches in any cup competitions.

*Please note, if a fixture is selected for live broadcast by EFL partners for international broadcast, Argyle TV may be restricted to certain territories.

During the 20/21 Sky Bet League One campaign, this only occurred once – during our home tie against Portsmouth.