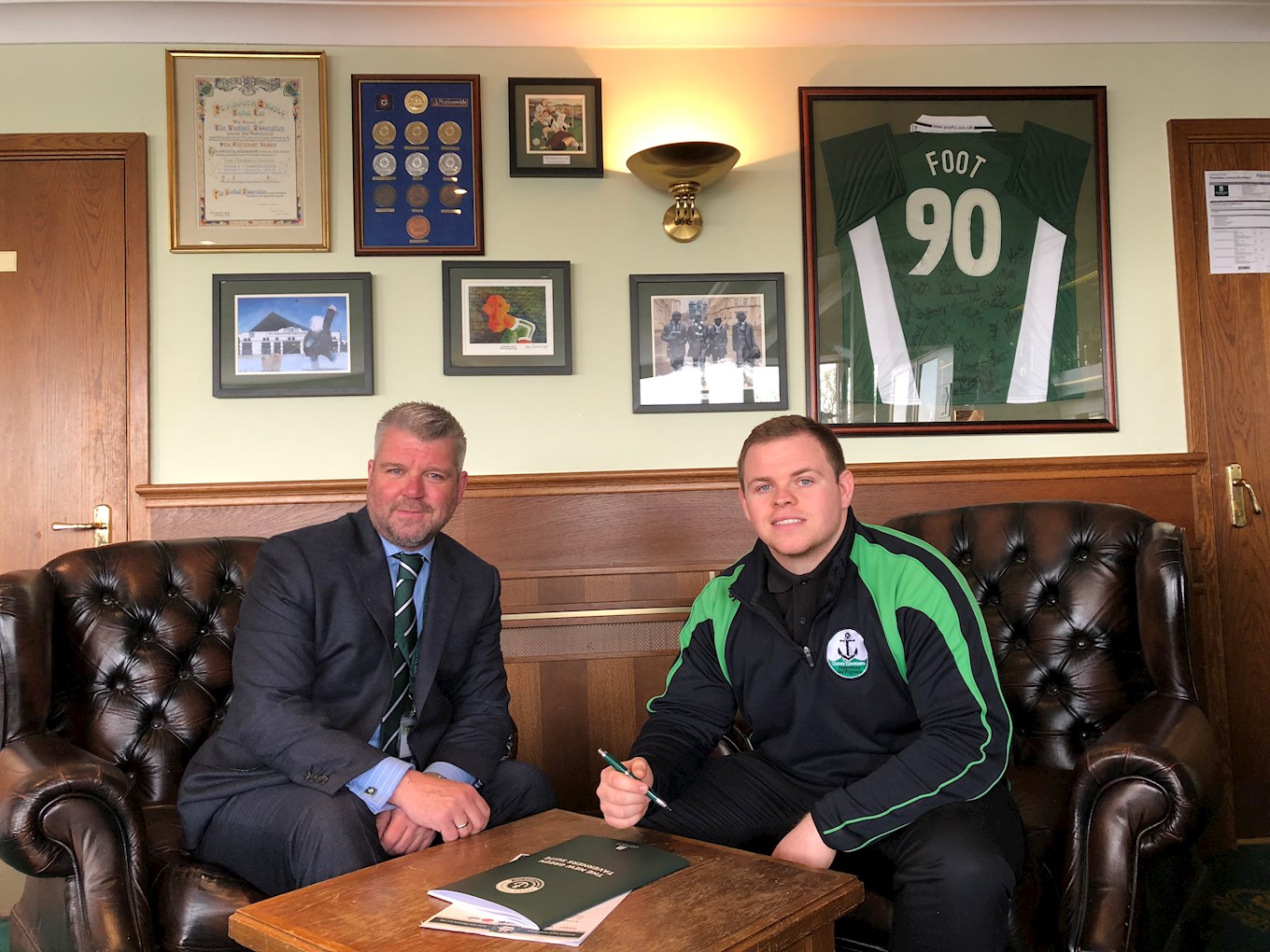 THE new supporters’ bar at Home Park has taken two significant steps forward this week, with the demolition of the old Far Post Club and the formal signing of the bar’s agreement to lease between the club and the Green Taverners.

The lease will allow the GTs to operate a two-tiered venue to will be built on the site of the old Far Post in time to be opened before the end of 2018.

Dozens of members of the Green Army have pledged financial support for the project which, following the signing of the agreement to lease, will now begin in earnest.

The bar will offer the biggest and best ever range of match-day food, drink and entertainment to Argyle fans, and much more.

Gary Mcguire, of the GTs, said: “This is a huge moment for the Green Taverners and for Argyle.

“Our new bar, which covers two storeys, will have great facilities and wonderful views across Central Park. It will build and improve upon the many things that we’ve done in the past – including our famous Fan Fests.

“I’d like to thank the many supporters of our club who have come together to make this happen, and to the club, who have now repaid all of the monies that the Taverners raised and loaned the club [to accelerate payment of amounts owing to staff that had accrued during the administration].

“Every penny of this will be reinvested into the new supporters’ bar.”

Argyle chairman James Brent said: “We are grateful to the GTs for all the hard work that they have done to get to this point. We are really looking forward to opening the best ever range of facilities available to the Green Army.”

The site of the supporters’ bar has been the subject of careful planning which will allow for completion of the Barn Park-Grandstand corner in the future.