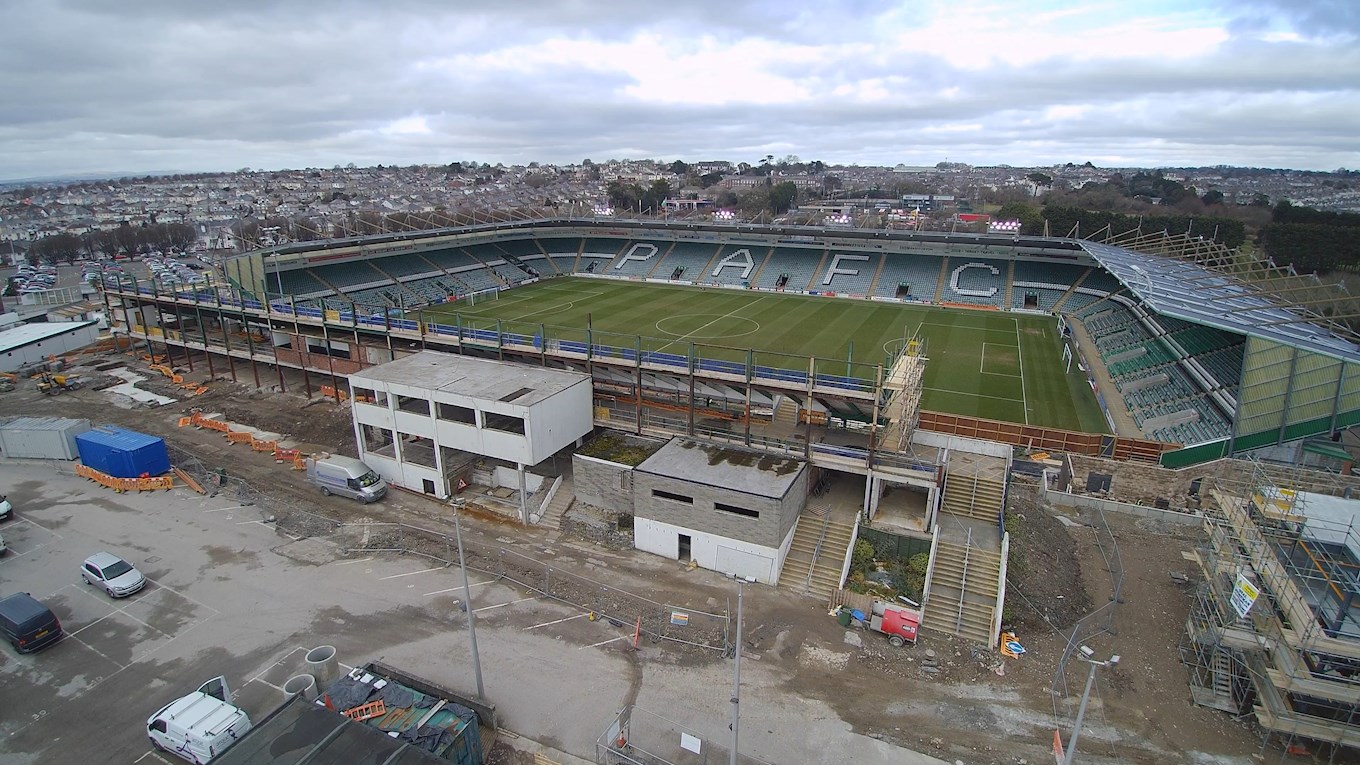 HI, all. It has been a few weeks since I last put pen to paper – or finger to MacBook – so thought it was time to give an update on a few things.

There has been a tremendous amount of activity since I last wrote, which, unbelievably (to me anyway), was just before Christmas.

So, where are we?

Big thing first – the main construction. The news about this is still, in chief, very positive. I mentioned that we had picked up a few weeks’ delay within a week or two of signing the main contract back in the summer, but if we take that into account, we are to the day – to the very day – bang on programme.

With less than eight months to go until the grandstand is schedule to be handed over, this is a real feat of achievement from our construction partners GLe UK, in what is a most complex and tricky construction project. Well done chaps; keep your focus – I have blocked Spurs from calling.

That said – and I do not want to tempt fate so I will just say, with fingers crossed, that I hope that the weather is kind and this continues – we will also continue to press hard to get the delay (which was, if you remember, picked up in September by the discovery of contaminated spoil during the demolition of the Chisholm Lounge, etc.) recovered as the main build progresses.

As things stand, though, we are still looking at taking full handover towards the start of the autumn - after which we will need a few weeks to complete our own internal fit and finish.

With regard to this fit, the feel, range of services and products we will be offering on both match-days and non-match-days, we are delighted to have secured the services of Andrew Parkinson to help lead that raft of post-construction requirements.

Employing footy cliché, we have been tracking Andrew for some time now and his arrival brings a real touch of quality to the (non-playing) squad. Amongst a much-wider CV, one of his most obvious achievements was apparent to us all with the match-day experience we saw and felt up at Anfield on that fantastic FA Cup day. Andrew’s fingerprints were all over the match-day operation, the slickest that I have ever experienced.

Looking away from the grandstand, a number of other developments have moved on at pace.

Our new shop and ticket office has now opened, which, although later than we initially hoped for, has seen amazing feedback, from staff and fans alike. Huge credit goes to Rachel, Nicki, Jamie and their teams in making this happen so successfully.

Interestingly, a number of players have also commented on how good the space is compared to other clubs they have been at – it is worth looking into other club shops when you are next at an away stadium to see how well we compare.

The signage on the entrance to our new shop – the art deco façade – is a good story, too. Very much in-line with our club values and position as an important part of the wider Plymouth community, we have joined forces with Plymouth College of Art to develop a project which will see students work with us and our contractors to recreate the iconic old ‘Plymouth Argyle FC’ iron signage that will set off the brilliantly refurbished '30s façade perfectly. I will keep you updated as this standalone project continues.

The new changing-room facilities have also come on leaps and bounds and we can now see the finished shape of the structure sitting between the old Mayflower terrace and the Barn Park End.

These new facilities will host the players, match officials and club physio and will be finished before the end of the season. That said, as I have mentioned before, the gaffer has decided that we will continue to use the temporary facilities until the end of the season, allowing us to ensure that the new building is in a perfect state for the start of the 2019-20 season.

The space that we are building for our most-important of employees - the players - is a good one too (we made the plans a touch bigger a couple of months ago) and the seating area in the home changing-room alone is larger than the total EFL minimum requirement.

If you add up all the home-team facilities, space and showers, we are at 62 sqm - more than double the national changing-room standard. The away suite is just a touch smaller, but that, too, is near double that required by the regulations.

The main story is, of course, the old gal herself, and I am pleased to say that, except for the removal of a few of the original supporting columns throughout the ground floor, we have finished with the knocking down phase. We and are now finishing foundations both for the all-new Mayflower Grandstand, and the wall of the rear two-storey extension.

A layer of tarmac has also been laid in front of the new stand; this will help construction, as well as eventually forming the base layer of the finished concourse between seats and pitch barrier. You will also see a new wall has been built at the front of the ground floor of the grandstand – this provides a good indication as to how much steeper in rake the new lower stand will end up being, and how much better the viewing angles will be for supporters sitting on that side of the ground.

In around two weeks’ time, we will see the start of the iron superstructure that supports the new stand going up, followed by the concrete ‘pre-casts’ that will form the terraced steps appearing around the start of May. This is a similar construction method to the one used to renovate the Devonport, Lyndy and Barn Park stands.

The supporting steels and roof of the grandstand will also start to go up before the end of March, which, match-by-match, will be a remarkable sight as we move from right to left, as viewed from the new TV gantry location in the Lyndhurst.

We will see seats going onto the new lower stand relatively quickly after the concrete pre-casts are in place. However, their use will be governed both by the safe handover from the contractors, and the legal sign-off by the safety authorities. With that in mind, if they appear before the end of the season, I must make it clear that early seats on terrace does not necessarily mean early bums on seats!

In part-preparation for this, we have a full, formal Safety Advisory Group meeting scheduled for the end of this month, at which we will brief both the SGSA (the UK government’s expert body for sports ground safety), national local authorities and the emergency services on where we are and discuss what we still need to do.

So, anything else?  Well, firstly, credit to Gary and the Green Taverners, as we can see real progress with our new supporters’ bar, where you can now visualise its amazing views across Central Park.

We are still on target for a late-June opening of this brand-new facility which, in addition to providing two multi-use floors for supporters, will also be where the players lunch on non match-days.

Lastly, a quick update regarding our floodlights. We have now refurbished all of the old lights, upgrading bulbs in every area, and have changed most of the lamp-holders in the new Barn Park End gantry to a new design which will increase lux levels further, while also decreasing glare to people sitting in the west of the stadium at the same time.

The final few lamp-holders will be replaced just as soon as the weather forecast predicts a big enough gap in wind speeds.

So, that is it for now. As I may have said before - lots done, lots to do!