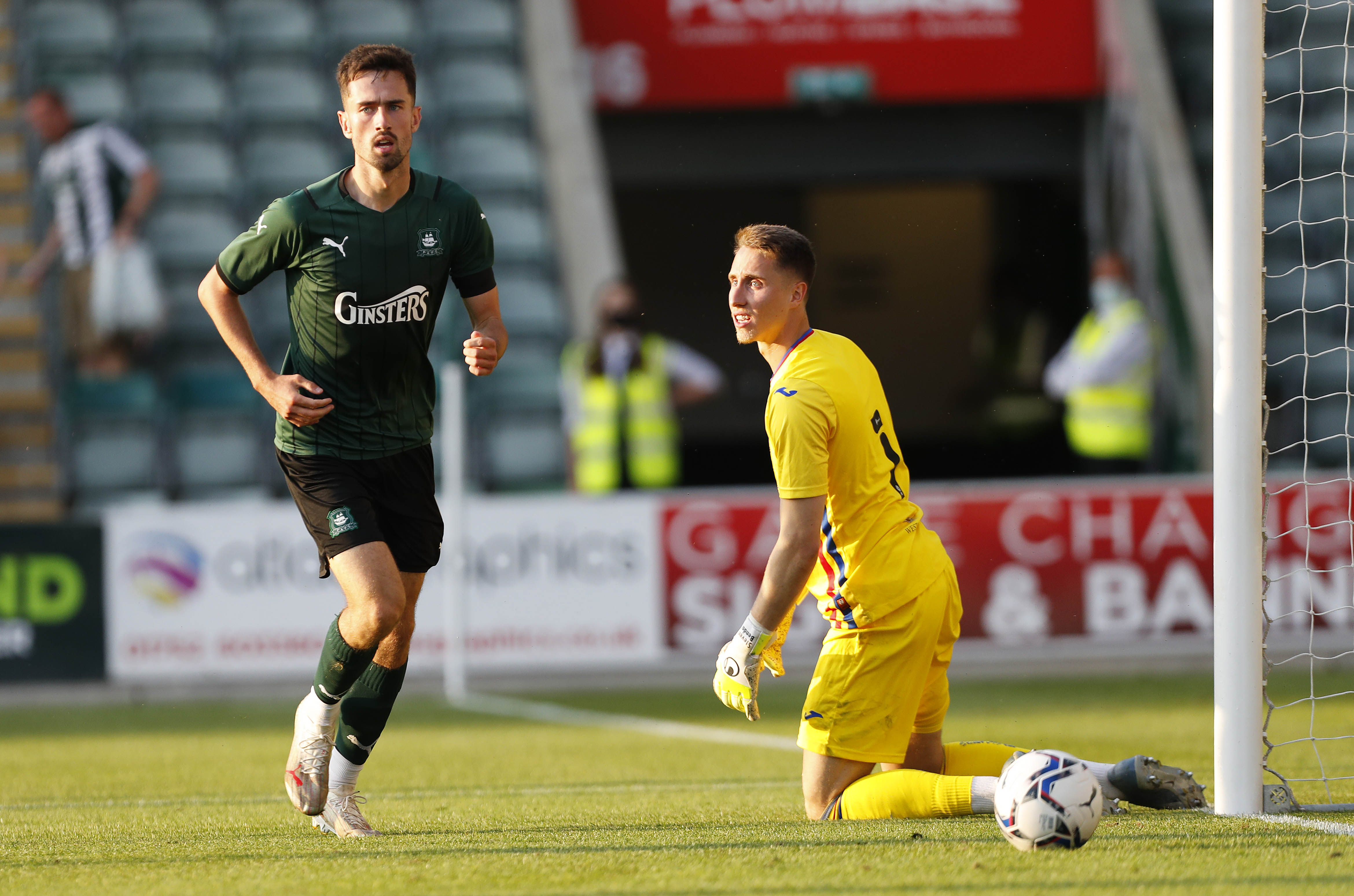 Over 3,000 Argyle fans enjoyed a hugely encouraging sun-baked display from Argyle, despite going down to a 2-1 loss to Sky Bet Championship play-off finalists Swansea City.

The Pilgrims bossed the early stages before being struck by goals from Morgan Whittaker and Liam Cullen. Ryan Hardie reduced the deficit immediately after the restart, as Argyle enjoyed a second period full of good football and chances created.

Argyle manager Ryan Lowe started with Niall Ennis and Hardie up front, after the duo scored a brace each at Saltash last week. The defensive trio of James Wilson, Dan Scarr and Brendan Galloway was a fresh look for the Home Park faithful, with Adam Randell given a chance to impress in midfield.

Swansea arrived in a sweltering Devon having defeated Newport 5-0 on the weekend and manager Steve Cooper named a starting line-up packed with Championship experience.

After a quiet passing start from both teams, Ennis lifted the tempo with an extravagant volleyed pass wide to Joe Edwards on the right, and the Pilgrim skipper exchanged passes with Danny Mayor before flashing over a delicious cross, headed down into the turf by Ennis and bounced over.

Edwards’ next delivery was low toward Hardie on the edge of the box, and his left-foot effort was steered inches past Steven Benda’s top corner, as the Pilgrim pressing continued to disrupt the Swansea rhythm.

The visitors did find some joy with a floated cross from Jake Bidwell but Cullen could only repeat the Ennis trick of bouncing his header over the bar. A terrific defensive header by Scarr then prevented Cullen from getting on the end of a cross from the opposite flank.

A curling strike from Jamal Lowe on 22 minutes forced Mike Cooper into his first proper save of the evening, diving to his left to parry the ball clear, but there was no stopping Whittaker’s splendid 22-yarder into the top corner from the next attack.

Buoyed by the goal, Swansea controlled the ball well for the next 10 minutes and doubled their advantage with a scruffy deflection from Cullen after Lowe’s initial shot had been saved by Cooper.

The Greens rediscovered some attacking promise down the right and a low cross from Edwards found Hardie, but credit to Joel Latibeaudiere for charging down the shot.

Lowe resisted the temptation to make any half-time changes and it immediately proved the right decision, as Randell twice switched play in confident fashion and a bobbling cross from Grant reached Hardie at the back post to stab the ball through the legs of Benda.

Like the first period, Argyle had started the brighter team and a scuttling effort from Hardie, although comfortable for Benda, was another shot on target. A magical trick from Ennis then had the Green Army purring in appreciation.

Panutche Camara for Grant was the first Pilgrim substitution, quickly followed by Luke Jephcott and Macaulay Gillesphey replacing Hardie and Galloway, as the Swans also dipped into their reinforcements.

Cooper turned wide a dipping effort from distance but it was soon Argyle back in the ascendancy, with Ryan Law cutting inside from the left and curling a delightful right-foot shot against the post with Benda beaten. Ennis then volleyed wide after a clever dinked cross from Camara.

Mercifully, the sun had slipped behind the Home Park stands and a fabulous passing move culminated in a sublime threaded Randell pass for Ennis, who was denied an equaliser by a fine save.

Youngster Rhys Shirley replaced Ennis for the closing minutes and he quickly won possession for Camara to slide a pass behind the Swansea defence for Jephcott’s side-footer well blocked by Benda.

Finley Craske and Ollie Tomlinson replaced Scarr and Mayor for the last knockings of a terrific workout for Argyle and we now look forward to the visit of Middlesbrough on Friday evening.