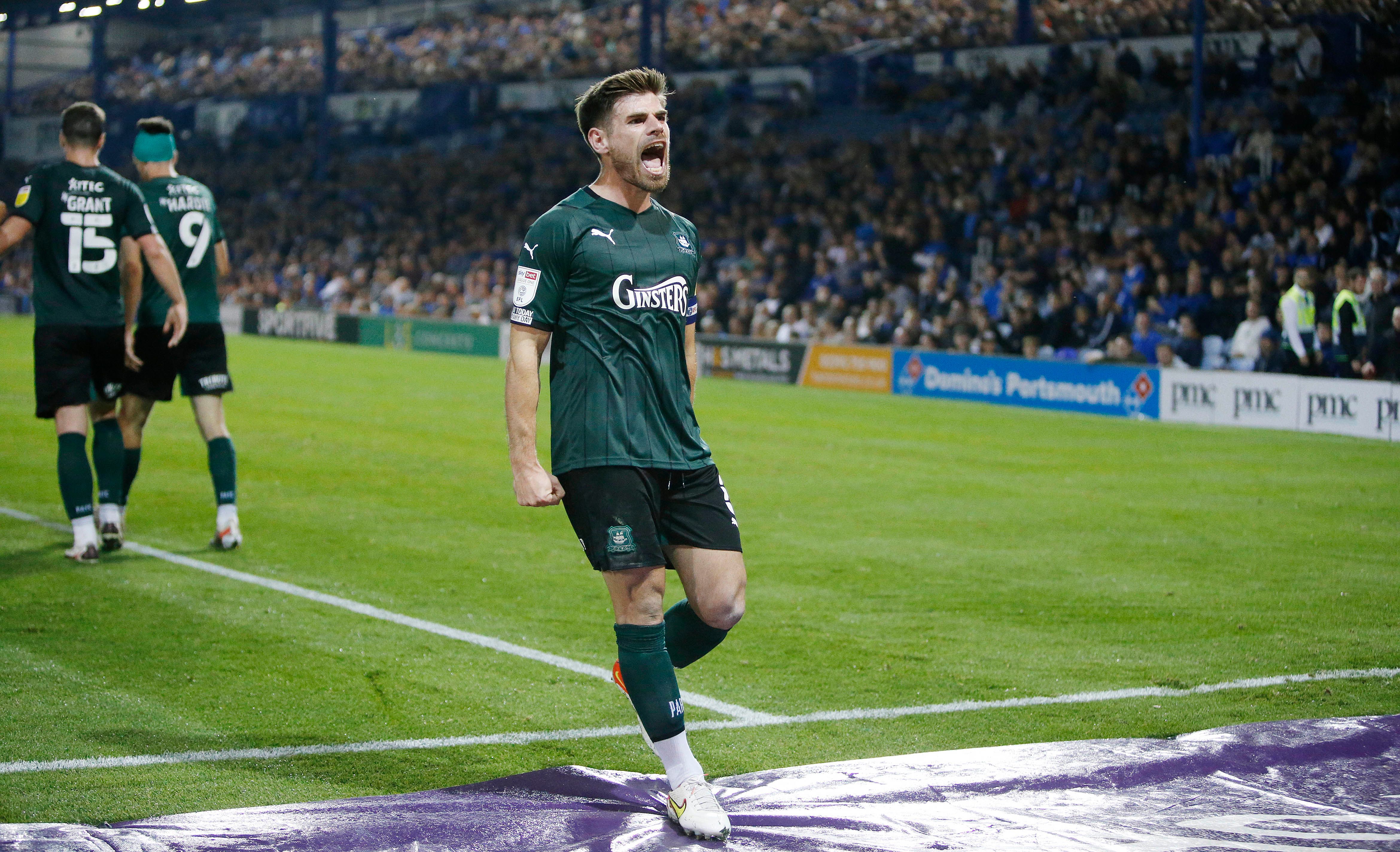 Club captain Joe Edwards is on the verge of bringing up his century of appearances for Argyle.

If selected against Lincoln City on Saturday, he would have reached that milestone in just his third season at Home Park.

In the summer of 2019, Joe became Ryan Lowe’s first signing as Pilgrims manager, when he signed a two-year deal on a free transfer from Walsall.

At the start of last season, he took the armband as a result of Gary Sawyer’s injury and was made club captain at the start of this campaign.

An almost ever-present since signing, he has experienced a lot in a Green shirt. Promotion in his first season, captaining and playing during a pandemic, an Emirates FA Cup run and then leading the Pilgrims out in front of 13,500 fans, and scoring (a bicycle kick), against Sheffield Wednesday.

Let’s look back at the previous 99 games and the 26 months that ‘Joebo’ has enjoyed for the Greens, in his own words.

“I was the gaffer’s first signing. I think it was quite a big deal for the club and the first step of what was going to happen next.

“All the fans were hoping for Danny Mayor because I think he was spotted at the club shop outside Home Park.

“Then it was announced it was me and there might have been a little bit of disappointment because I wasn’t Danny.

“The first day of the season away at Crewe was probably one of my favourite games since I’ve been here.

“The atmosphere before the game and during it was unbelievable. We had sold out and had the whole of that side of the ground. I remember the noise – it was just incredible.

“We obviously went out to win 3-0 so, in terms of first games for the club, that would be right up there. It was the start of things to come for that year.

“Scoring my first goal away at Crawley was massive for me. I knew that when I got moved to wing back it was something I needed to do.

“I had my dad and a couple of family members in the crowd as well, so it was a brilliant moment.

“To get promoted in that first season was great, it was what we planned to do.

“The next year was strange for sure. We weren’t quite sure what was going to happen. We had fans for a bit, not many of them and then we didn’t, it was really strange.

“I saw some highlights the other day of a game behind closed doors. At the time it felt different but when you’re watching it now it’s so quiet, almost like a different sport.

“There were some big moments that year that I wish the fans could have been there for.

“The goal at Sunderland was one of my favourites for Argyle. The club you are playing against, the stadium you are playing in, could you just imagine if there were 30,000 fans there with a couple of thousand from Argyle up in the corner.

“We played really well in that game, started really well. It was a great atmosphere in the changing rooms afterwards, we were full of confidence.

“The Lincoln game was another one, it was an end-to-end game, loads of goals. We went in front, they went in front and they were flying at the time.

“We knew beforehand that it would be a tough game and we weren’t in a great place at that point.

“I keep saying it but if there were fans in that day the roof would have come off.

“To score in the 90th minute and win the game 4-3 is amazing, it will go down as a classic.

“There was relief when that season finished because there were so many games, we had a few injuries towards the end as well and to be honest the season probably shouldn’t have happened the way it did.

“So far this season has been amazing for me and us as a team. The feeling of walking out in front of a full house and seeing how much it means to people is what we play football for.

“My favourite goal for Argyle is that Sheffield Wednesday one. Obviously, they are a top team and one of the promotion favourites this year.

“It was our best performance this season and the fans were electric from the off.

“When it went in, it was just an unbelievable feeling, my family were there, I pointed to them and ran towards them - it was brilliant.

“I never thought I would get to this landmark because when I signed it was only on a two-year deal.

“I’ve had a fantastic few years already and thankfully I have signed for another couple of years and can continue to be a part of this fantastic football club.

“To get to 100 games for Argyle means the world to me, I hope there is 100 more, it’s somewhere I love playing, it’s the happiest love been playing football for a long time.

“My family love it down here and its somewhere I want to stay and continue doing well and hopefully the fans appreciate it.”

Congratulations Joe, we hope you get to another 100 too.