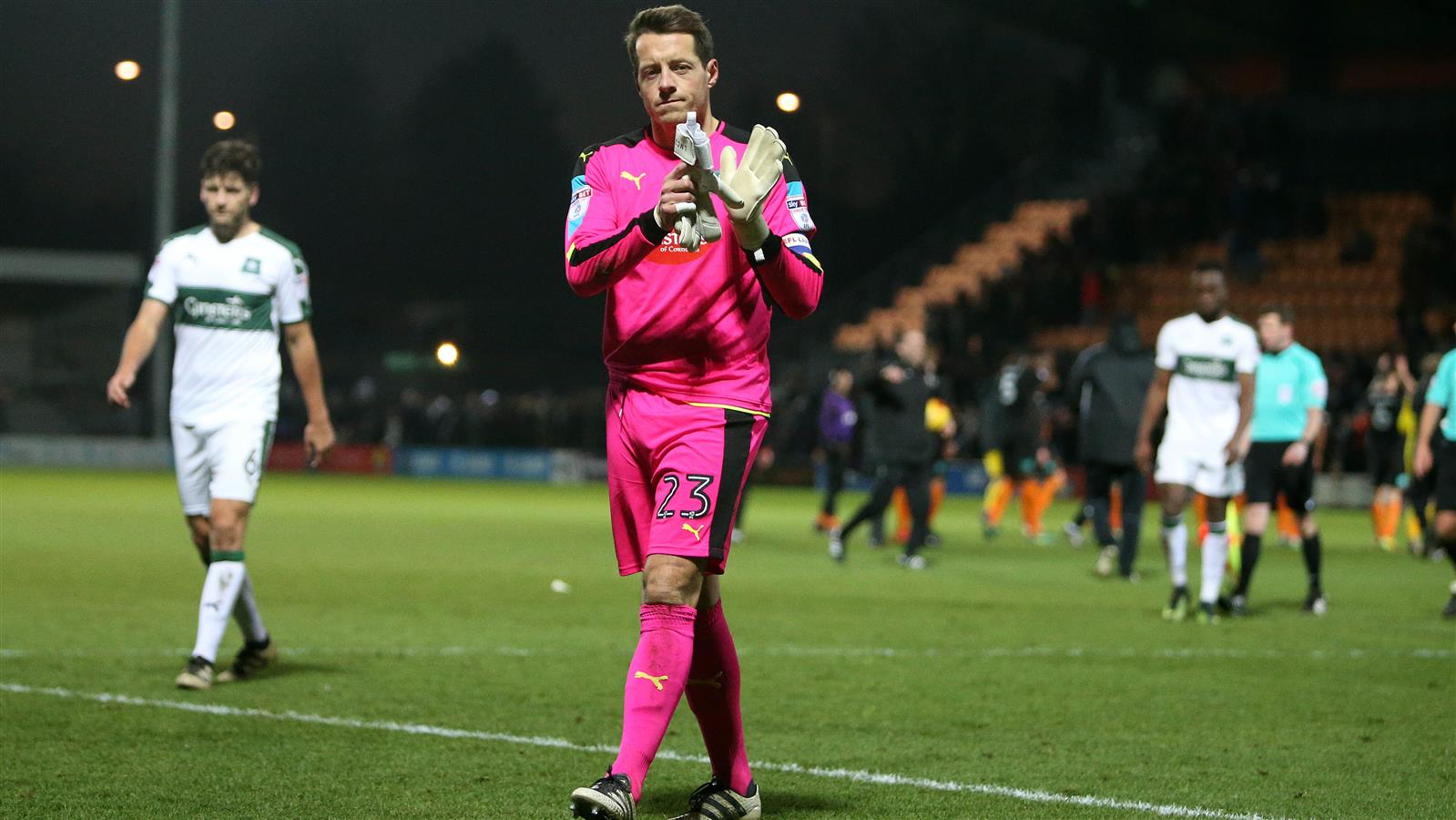 WITH promotion secured and the Sky Bet League Two title still in sight...

...Argyle goalkeeper Luke McCormick believes Argyle can only afford to focus on themselves ahead of Saturday’s home clash with Crewe Alexandra.
Argyle currently sit second in the table, two points adrift of leaders Doncaster Rovers, and with this weekend’s fixture being the final home game of the season, Luke is relishing the opportunity to play at Home Park in front of a close-to-capacity crowd.
In Argyle’s last home fixture, almost 14,000 turned up to see the Pilgrims clinch promotion against Newport County with a stunning 6-1 victory.
With only two games remaining in the season, Argyle must rely on Rovers slipping up if the Pilgrims are to be crowned champions, but Luke is prepared to let matters elsewhere deal with themselves, while the Greens focus on maximum points.
Luke said: “We are really looking forward to the next two games.
“The main objective has been achieved so we go into these next two games with only really the pressure we put on ourselves.
“All we need to do is just concentrate on Saturday and concentrate on winning the next two games.
“We will have a look to see how Doncaster do but the focus just has to be on us and we will try and keep up the pressure.
“It will be great for the supporters and hopefully it will be close to capacity at Home Park.
“Hopefully we will put on a similar show to what we were able to do against Newport.”
Argyle may have been in the top two since September, but Luke can pinpoint an exact date where he felt the Greens were promotion contenders.
“There were signs the whole way through the season,” he said. “After beating Doncaster, I thought: ‘we’ve gone there and showed our nerve against a team who had been top of the table all season.’ That was the time when we thought: ‘this is it’.
“There are also times in the season when things go for you. I remember right towards the beginning of the season, at Crawley, when Sonny (Bradley) popped up with one of his first late goals.
“I remember having that feeling last season when we scored a winner at Luton, I thought: ‘this could be a really good year for us.’”
Tickets for Argyle v Crewe are moving fast - get yours frometicketing.co.uk/pafc