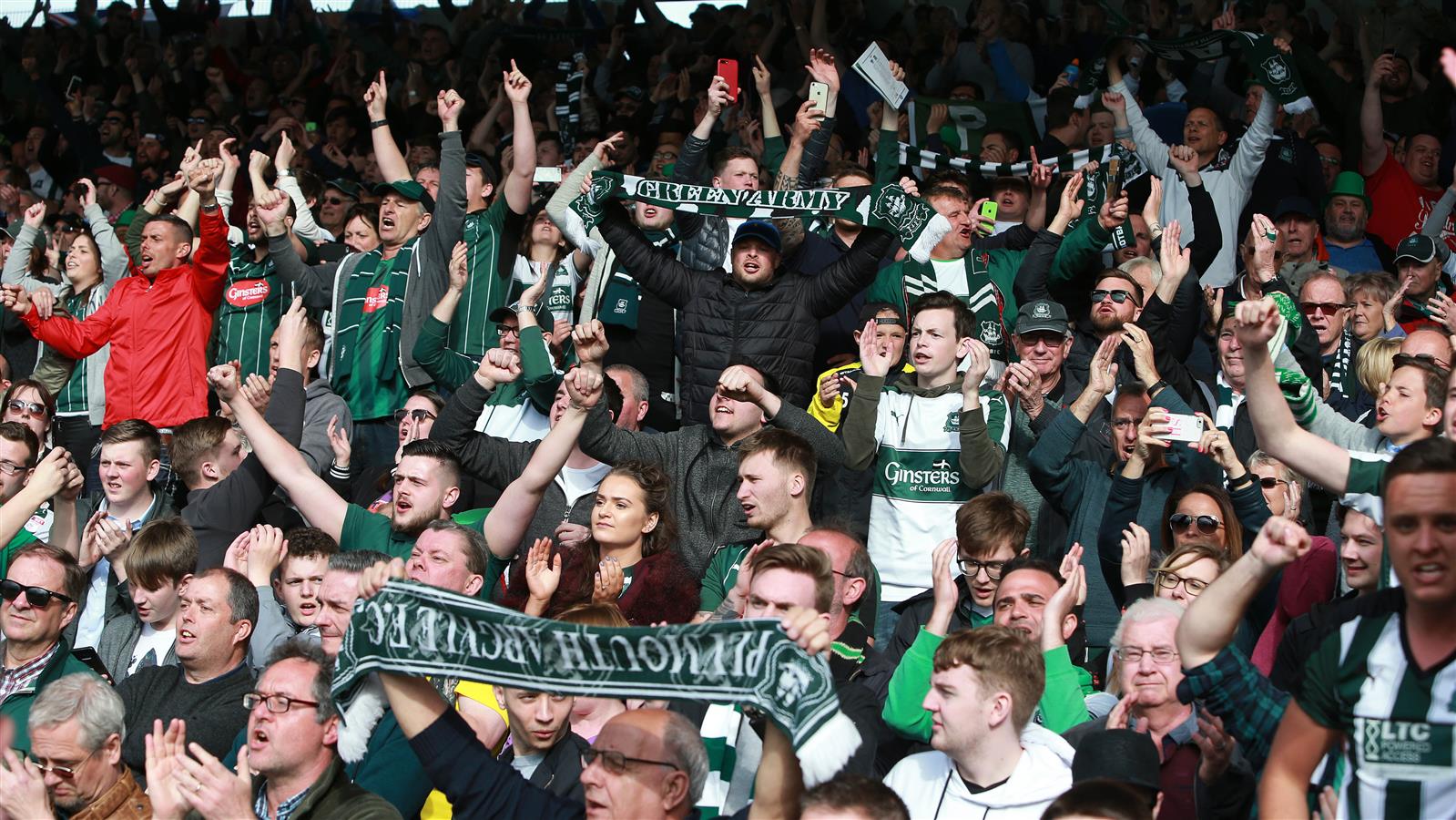 WE are asking supporters attending Easter Monday's big Home Park game against Newport County not to come on to the Home Park pitch.

If we have something to celebrate when we play Newport County, let us celebrate together - management, players, supporters, Pilgrims all.
We can only do that if the playing area is clear. It is essential that the Green Army stays off the green grass of Home Park.
As well as spoiling the enjoyment of the majority, pitch incursions pose a threat to the safety of players, officials and spectators, and damage the playing surface.
We also remind you that any pitch incursion - a crime under the Football Offences Act of 1991 - will mean that the club stands to face a disciplinary charge from the Football Association that could result in financial penalty which we can ill afford.
Such incidents have resulted in clubs being charged and subsequently fined up to £200,000 by Regulatory Commissions.
In addition, it could result in a magistrates court fine and banning order for individuals.
Therefore, we respectfully ask that everyone stays off the pitch.
We also remind the Green Army that the use of pyrotechnics, such as smoke devices and flares is strictly prohibited.
The club condemns the use of such devices, the use of which is also a criminal offence, as is trying to gain access to a football stadium whilst carrying one.
We repeat - we will take robust action, before and after all our matches, to help stop this behaviour. Perpetrators will be given an immediate, indefinite banning order from Home Park, and we will work with the police to help bring any offenders to justice. This could well see perpetrators receiving a fine and three-year ban from all football grounds imposed by a magistrates court. Repeat offenders could expect a custodial sentence.
As part of our robust approach, we are monitoring social media and will take appropriate action against people planning to bring - or promoting the use of - pyrotechnic devices at football matches. This has already seen a number of tickets cancelled for forthcoming matches with those people banned.
Following previous incidents at Argyle games of misbehaviour involving the use of smoke bombs and flares and pitch incursions, Argyle have received stern warnings from the football authorities that repeats will be viewed extremely seriously.
They are against ground regulations of our club and every club in the country. Failure by Argyle to enforce those regulations could lead to sanctions for the club, financial and otherwise, which could be highly damaging.