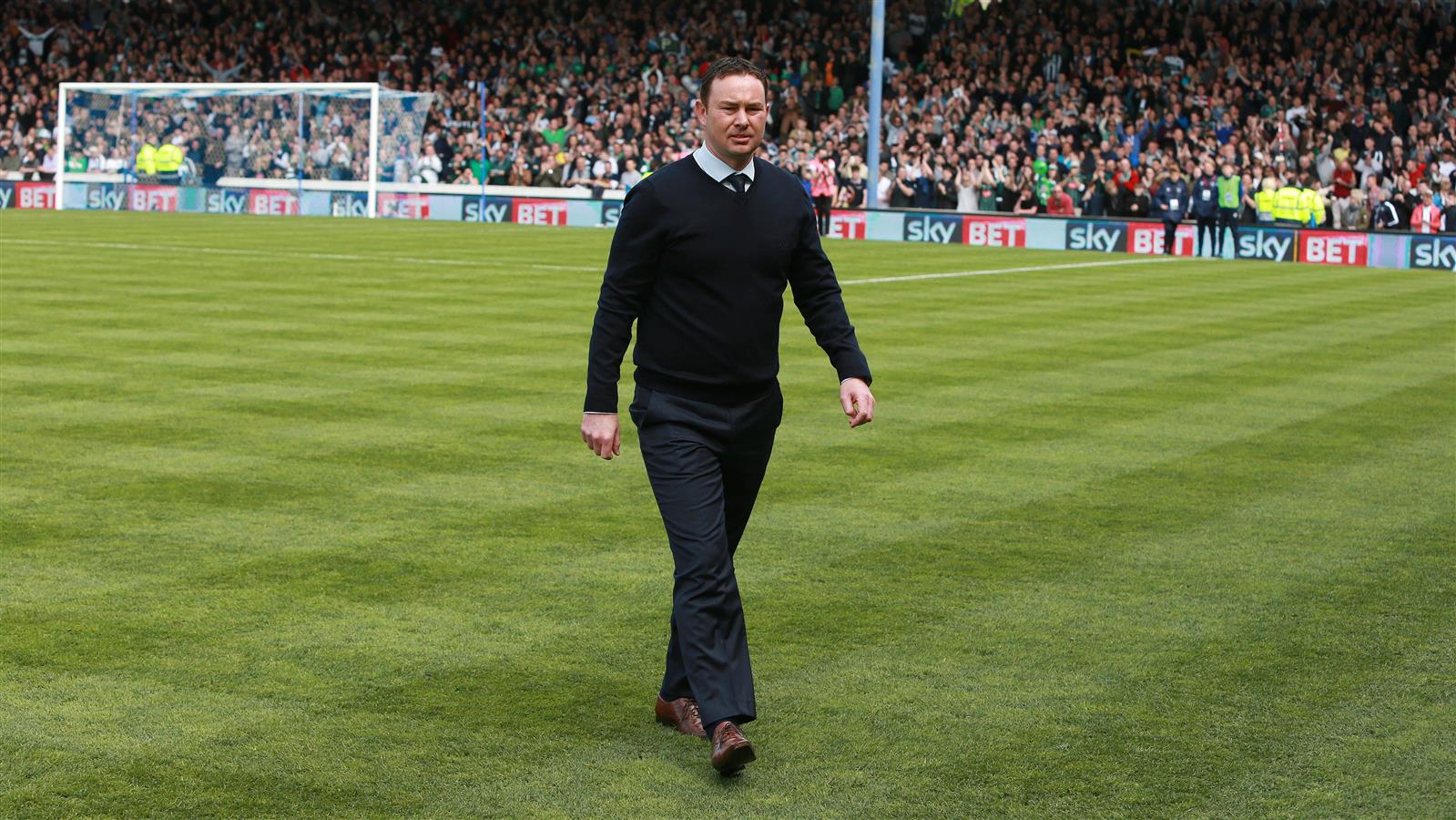 GAMES between Argyle and Portsmouth rarely disappoint these days and the final Sky Bet League Two engagement of the season (and probably, hopefully, ever) was no exception.

Former Pompey player Jake Jervis opened the scoring for the Pilgrims in 12th minute of a dominant first half-hour by Derek Adams’ away-day specialists; the home side levelled, through Gary Roberts, at approximately the same time in the second half, of which Portsmouth had the better.
The result ensured that both sides remained heavily odds-on to win promotion, with second-placed Argyle needing just one point from their final four matches of the campaign.
“We started the game very well; we had the better of the first half and Portsmouth had the better of the second,” summarised Argyle manager Derek Adams.
“The way we started the game – the way we passed the ball and passed through them – was probably a surprise to Portsmouth. We really attacked them and caused them problems.
“The way we opened them up and played in the holes caused them trouble and it was a good performance from us.”
Jake, recalled to the starting line-up in place of Gary Miller, arrived late at the far post to head home a pluperfect delivery from the bye-line.
“It was a well-worked move,” said Derek. “It was good play down the left-hand side; a good ball from Graham and then Gary Sawyer picks Jake out at the back post and a terrific header.”
Argyle nearly took what probably would have been an unassailable 2-0 lead when winger Matty Kennedy worked an opening and looked of all the world that he was going to score.
“I thought he was going to,” said Derek. “He checked inside a couple of players and got inside the 18-yard box. He was unfortunate. He hit [the ball] just to the near post; anywhere across the goalkeeper and it was a goal.”
Portsmouth, who started and ended the day four points behind Argyle in third place, rallied, and, after levelling, pressed Argyle for all they were worth, leaving the Pilgrims to fall back on defensive prowess which has seen them lose just three of 20 league games on the road this season.
“When you have the record away from home that we have, we could have gone for it,” said Derek, “but then we might have opened ourselves up, as well. They were on the ascendancy. A point was a good point.
“We came here to do a job today and we did that; we came away with a point. We have got a fabulous away record and Portsmouth are trying to get themselves automatically promoted; it was a big game for both clubs and both teams handled it very well.”
“Both sides like to play football and it was a good spectacle.
“[Portsmouth] have got a lot of good players in their team and they deserve to be where they are, as well.”