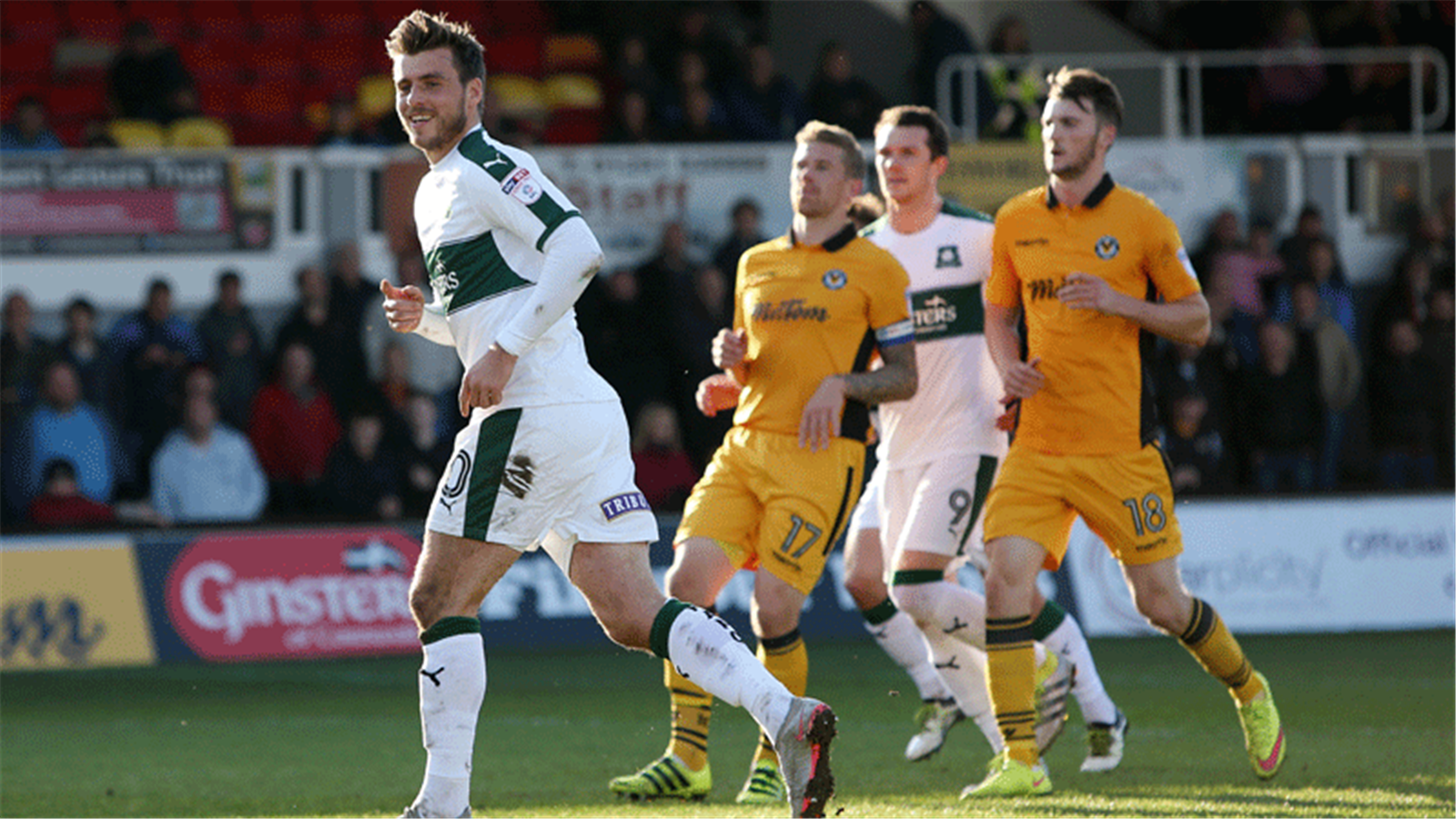 GRAHAM Carey is aiming for a personal hat-trick on Monday to help Argyle win promotion.

Argyle’s play-making Irishman has already proved a match-winner against Newport County twice this season, and, should two become three at Home Park on Bank Holiday Monday, it would guarantee Sky Bet League One football for the Pilgrims from next August.
However, Graham, like everyone else around the Theatre of Greens, knows that the post-Graham Westley Exiles present an altogether more difficult prospect than the team that Argyle beat 3-1 in Wales in League Two and then knocked out of the Emirates FA Cup 1-0 on their own patch.
“We’re not taking anything lightly,” said Carey, who scored two penalties in the league triumph and netted the decisive spot-kick in the cup-tie.
“Newport is going to be a tough game. It’s going to be a lot tougher than it would have been maybe a month ago: they are fighting for their lives and we are fighting for something else.”
The Welsh side looked long odds-against to survive as a league side before Westley was sacked and Mike Flynn took over. They have since hauled themselves to the brink of safety.
“They can come out of the bottom two with a win on Monday so they are going to be coming at us,” said Graham.
“Any result Monday and we’re up, but we’ll be going out to win.”
‘Any result’ could include defeat. Argyle are 12 points ahead of the only team that can deny them promotion – Luton – with only 12 points for each side to play for. As soon as Argyle gain a point, or Luton drop two, the Pilgrims are up.
That moment of no return nearly arrived at Portsmouth on Good Friday, when Argyle drew 1-1 in a match that kicked off at 2.30pm. When their game ended, scores elsewhere had Argyle going up, leaving the players in limbo at the side of the pitch.
“It was a bit of an anti-climax,” said Graham. “We knew were going to have a bit of a wait if we got a result.
“We were waiting for a little but then we felt, like what happened, if Luton had scored, we would have looked a bit silly, walking back to the dressing-room. We knew we had a job to do on Monday, as well, so we’re focused on that.
“It really important that we focus and, if we put a good team performance like we did [at Portsmouth], I’m very confident we can give the fans what we have been chasing all year. It’ll be special after waiting so long.
“I think it’s only fitting that we have a chance to do it on our own patch; obviously the club and the fans have waited so long to do it, it’ll probably be a little bit sweeter to do it at home, hopefully in front of a big crowd.”