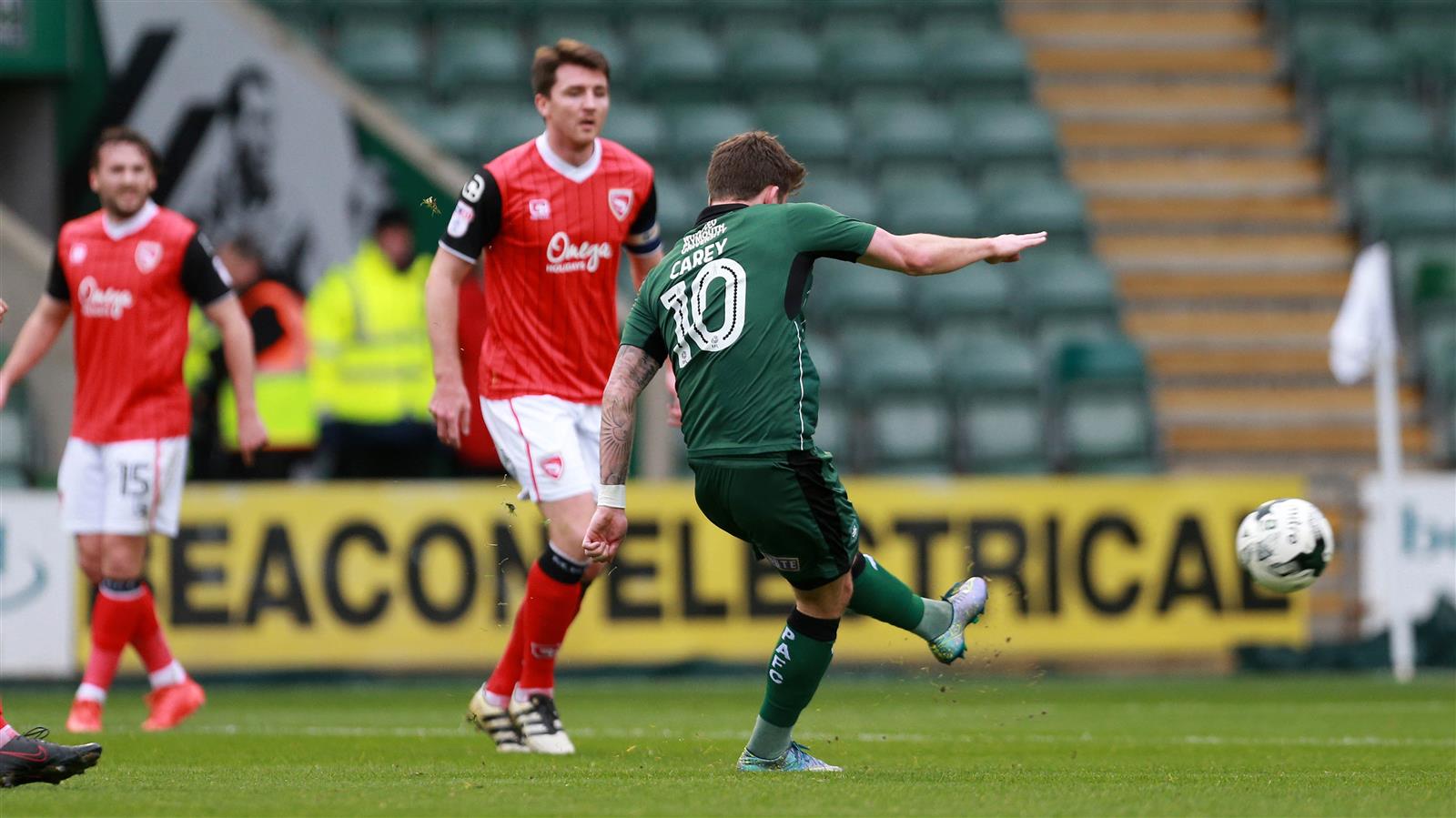 Carey Wins Goal of the Month...Again!

ARGYLE playmaker Graham Carey is the Sky Bet League Two Goal of the Month winner for March, receiving 41% of the public vote.

As the ball was tapped sideways to him, Carey already knew that he wanted to stop it, then curl it effortlessly over Morecambe keeper Barry Roche into the far corner.
Lead Sky Bet EFL Goal of the Month judge and Sky Sports Pundit Don Goodman said:“Carey’s second Goal of the Month award this season was an example of someone who is playing with a huge amount of confidence.
“He knows what he is going to do as soon as he receives the ball, and he executes it to perfection, rolling the ball out of his feet and sweeping it into the far post...absolute perfection”
Carey said: “It’s a nice award to get but as long as my goals contribute the points then that counts more to me.
“I had a few shots early on and fancied myself scoring in the game and Matty (Kennedy) dribbled up the line and passed it inside. I just knew if I got a good first touch I could catch the ‘keeper out and that’s what happened.”
Carey beat off competition from Barnet’s Simeon Akinola and Yeovil Town’s Matt Butcher.