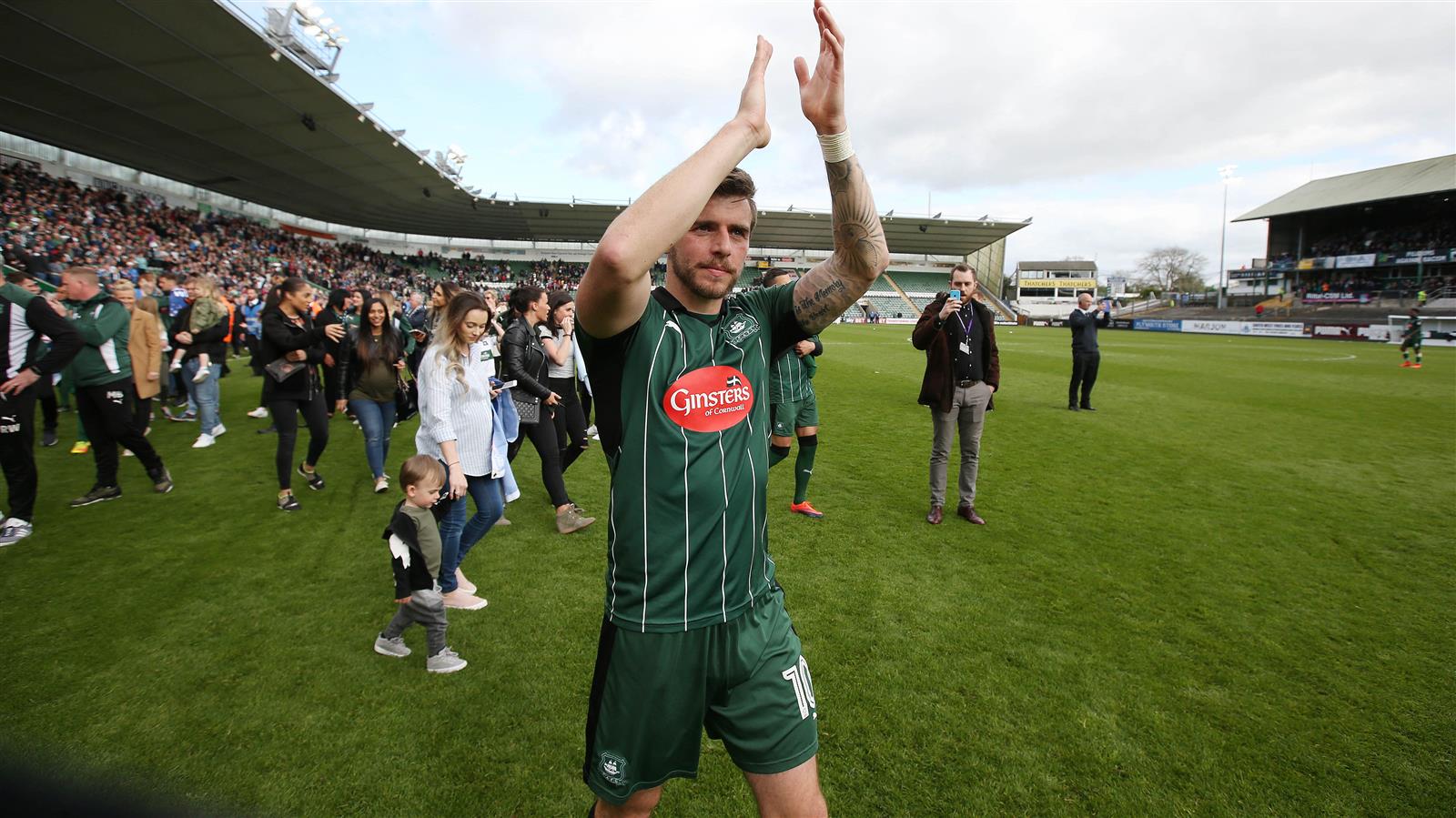 THE dust has not yet settled on Argyle's promotion attaining 6-1 in - indeed, the season is not yet finished - but Graham Carey is interested in discussing his Argyle future.

Carey is arguably Derek Adams finest Argyle signing - and the competition is extremely fierce - having scored 26 goals since his Home Park arrival, and contributed just as many assists. He was on top form, scoring one and being involved in other goals as Argyle blitzed Newport County to make sure Sky Bet League One football be played at Argyle next season.
Is that an Argyle that contains Carey? Very possibly, it seems:
"At the minute I see my future here," said Graham, "but that is not really up to me, it is up to the manager and the board. My goal at the start of the season was to focus on getting promoted. I said that after the play-off final that I wanted to come back and win the league and we still have a chance to do that; we have secured promotion. I was not going to talk about anything until the season is finished and that is still the case.
"The brand of football is what the fans want. [The manager's] eagerness to win games and not just settle for draws no matter where we go and that is testament to our away form. We try and win every game that we can. His relentlessness in training to always demand more. We will enjoy our few days off now but come Thursday it will be foot on the gas again and hopefully we can upset Doncaster and win the title.
"[Derek] has obviously done a great job and I don't think me saying anything could put in to words what he has done. To have four players at the start of the season and to bring in the squad that he has brought in is testament to him. We had our blip in the middle of the season but to get over that and to have an FA Cup run and to give the fans something special and then the end of the season - it has been terrific. He said go and enjoy your night and we will do that, but when it comes to it we will be ready to work again.
"What the manager has done for me and my career, bringing me back to England which is what I always wanted to do. I will be always grateful to him so yes, since we are now getting promoted to League One, anything is possible.
"The aim was be playing in League One this year with Argyle. Now we have got promoted, you never know what can happen in the summer. I am not saying yes and I am not saying no, but that is not even in my mind at the minute. I said in the middle of the season I wanted to get promoted and then finish the season strong and we will talk from there - that is still the case."