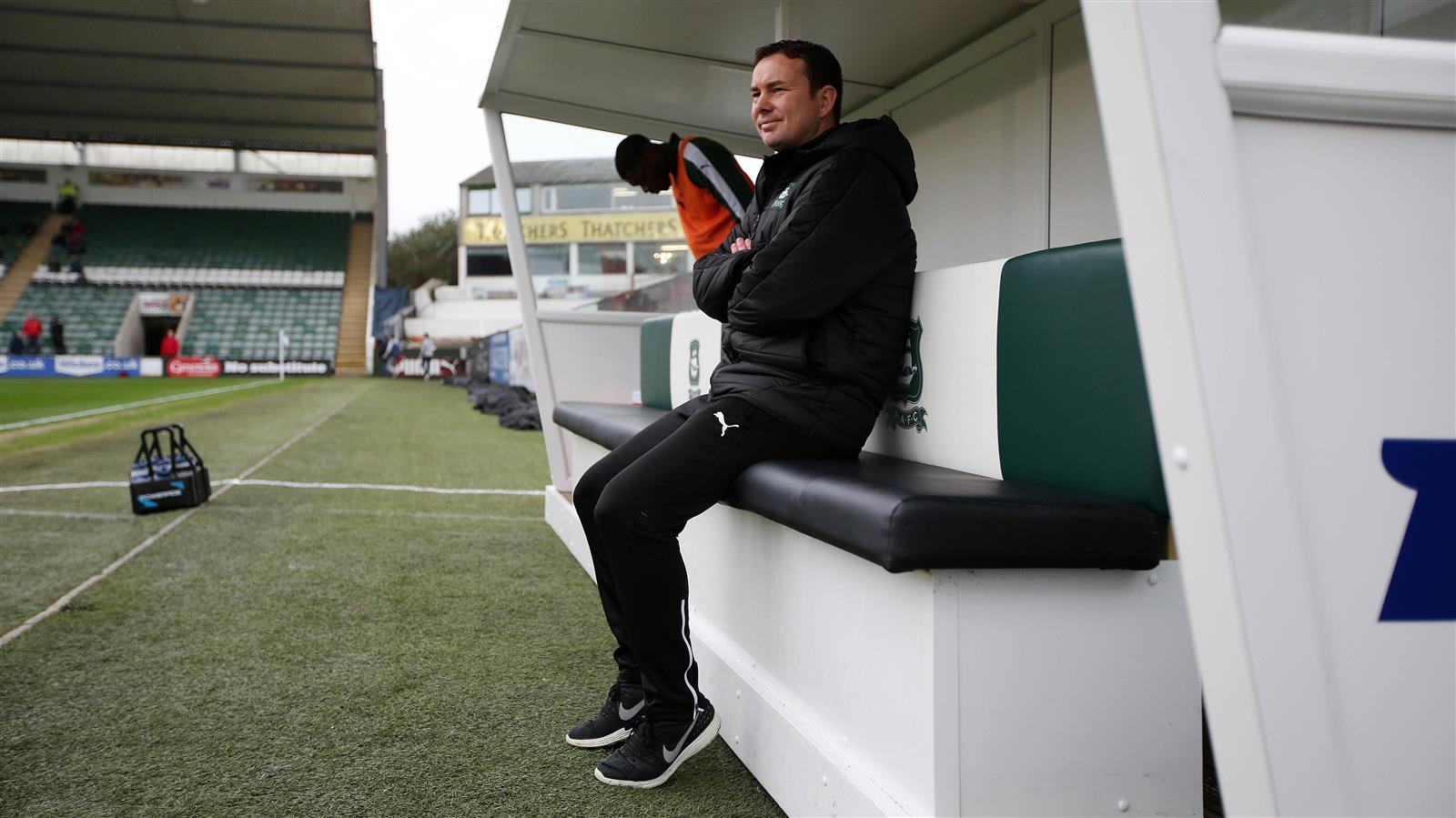 MUCH has been made of Argyle’s scintillating and record-breaking away form this season but their performances at Home Park have been pretty good, too.

The Pilgrims wind up their home 2016-17 Sky Bet League Two campaign against Crewe Alexandra this Saturday still seeking to add the title to the promotion which they won last time out at the Theatre of Greens by beating Newport County 6-1.
That possibility depends on Doncaster slipping up and Argyle staying sure-footed on home soil this weekend and again at Grimsby in a week’s time.
“We have got the third-best record at home in the league this season,” said manager Derek Adams. “We are happy with that but we feel we could have taken more points at home.
“If you look at the games we lost – even drew; we lost against Leyton Orient, where we should have won, and Wycombe – when were 3-1 up – we should have won. That’s just off the top of my head.
“If you knock in that we’ve got the best away record, it’s obviously put us in a position where we have been able to get automatically promoted.
“It hasn’t happened often. I think that teams have come out and played against us at times because they see it as a free game for them – they are playing against a team that’s at the top of the league and they are not expected to take anything from it.”
Half of the goals in the thrashing of County came from players signed in the January transfer-window, and the mid-season arrival of Matty Kennedy, on loan from Cardiff, and Ryan Taylor, as well as Jakub Sokolik, Antoni Sarcevic and Nathan Blissett certainly added some oomph to the promotion push.
Derek said: “If you look at the squad, we strengthened the squad at the start of the season; we had better competition for places throughout the team.
“Then we just changed the squad about in January. A few players moved on, either away from the club or on loan, and we took in the five players. A majority of them have had experience of playing in League One and at the top end of League Two. They have been a very good addition and helped us put us in the position we are today.
“I’ve done this many times in my managerial career, when I was in Scotland. We took a freshness into the squad in the January period and it gave us and extra push on in the second half of the season.”
All five have contributed to varying degrees and for those who have spent more time on the sidelines, than the pitch, like former Torquay United forward Nathan Blissett, their time will come.
“It’s been difficult for Nathan because the front players have played a different style to Nathan,” said Derek. “We took him in hoping that we that might be able to play in a different style. It hasn’t worked out that way but he’s improving all the time.
“It’s been a big jump from the National League to the top of League Two. He’s going to be with us next year, and it is hopefully an advantage being with us for this period of time.”