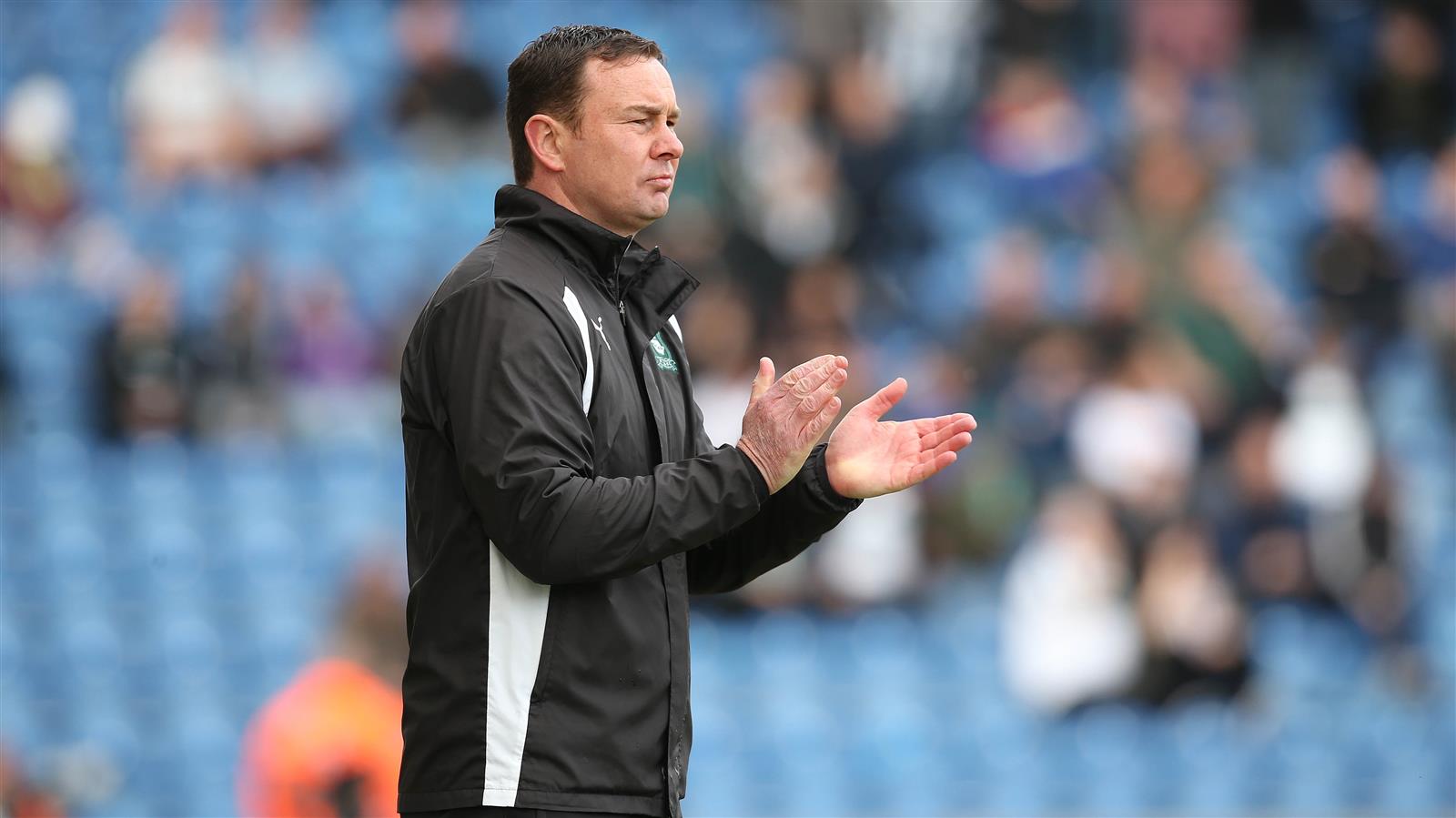 Pilgrims manager Derek Adams feels that, after Saturday’s 0-0 draw at Colchester United, his side now needs to win both of their remaining matches – at home to Crewe next Saturday and at Grimsby a week later – to stand a chance of overtaking leaders Doncaster.
They also need the current table-toppers, who head them by two points with a superior goal-difference, to slip up in at least one of their two remaining matches, the first of which is at home next Saturday – to Exeter, who have ambitions of their own.
“They need to keep on winning to keep themselves in a play-off place,” said Derek. “We’ll have to win next week to keep it going.
“We’ll have to win two games, I would have thought, to get ourselves the title, but we’ll keep working away.”
The Pilgrims’ last previous 0-0 draw came in February last season at Yeovil Town, and that no-score stalemate was only the second blank scoreline that Derek had presided over in his two years at Home Park.
“With two games to go, we are still the race to get ourselves the title,” said Derek. “We have got two difficult games, but so have Doncaster.
“They are obviously in a very good position. With two games to go, they are two points ahead and have got a better goal-difference, but we’ll see what happens next week.
“We’re at home and we have to take the game to Crewe, but it’s another good point on the road for us today.”
With third-paced Portsmouth not out of title contention yet, all three promoted sides are fighting until the last, but Argyle found play-off contenders Colchester every bit as obdurate as their excellent home record had suggested they might be.
Derek said: “It was a good game, end to end, and both teams went looking for the three points, but we’ve both had to settle for a point.
“We played every well in the first half. We controlled large spells. The second half became a wee bit open. We knew the Portsmouth score and the Doncaster score and it was about trying to get us that win.
“It’s a good point now, isn’t it?”