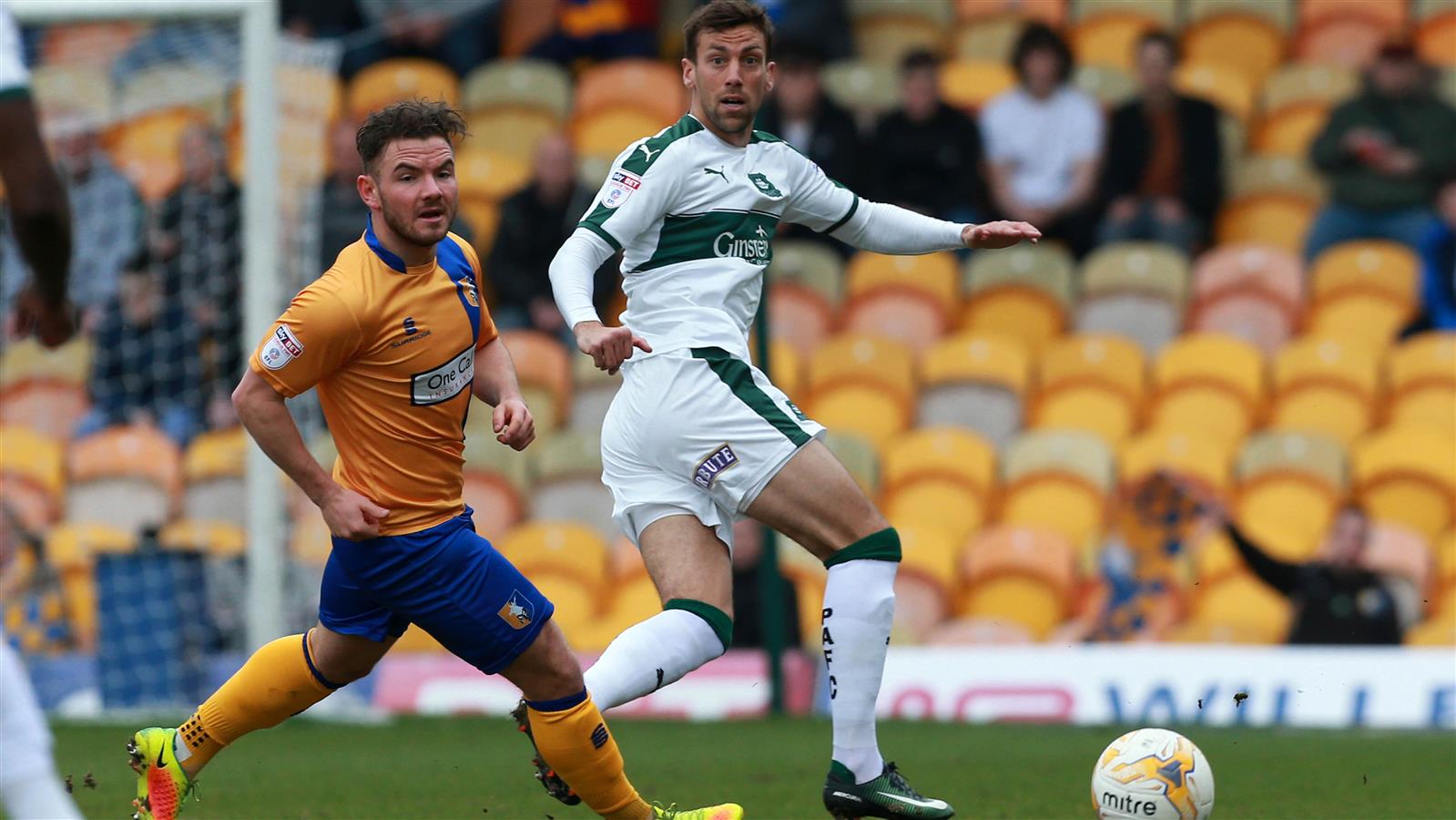 IT has come to this. For the first time this season, Argyle go into a match knowing that, by the day’s end, they could be promoted.

For that to happen this Good Friday, the Pilgrims require the right combination of results from, not only their tasty televised Sky Bet League Two encounter at Dockyard Derby rivals Portsmouth, but also from Luton Town’s home match with Leyton Orient and (possibly) Stevenage’s home game against Morecambe.
“We have got to the point now where it can happen,” said Argyle defender Gary Sawyer. “Everyone knows that and is aware of that. We know what we have to do and it is possible we can do that away to Portsmouth.
“It has been the goal all season, and definitely last season as well. It’s all been geared towards this and, to put ourselves in a position we’re in, the boys have been amazing this year and done really well. It will be nice to go and do it ourselves and not worry about anyone else.”
As if an encounter with Portsmouth, who sit four points and one position behind second-placed Argyle in the table, needed anything extra.
The two sleeping giants have gone toe-to-toe in no-quarter encounters for the last couple of seasons, in the league and in the play-offs: five games; never more than a goal between the sides; memorable matches, including last season’s two-leg play-off semi-final which Argyle won in the final minute of the second game.
For all the rivalry, historical and recent, there is also respect.
Gary said: “They are a good side and they are similar to ourselves in that they are a big club sat in the wrong division. It is a massive game and they have been good games that we have had against them. Hopefully this will be another one.
“I’m sure they’ll see this as being a massive game with what happened last season, us taking them out. It’s two big football clubs going at it in a league that they shouldn’t really be in – on TV as well, which obviously adds to it.
“We’re a good side ourselves and we’re in our position by merit, so it will be a good game, one we’re ready for.”
Argyle’s two visits to Fratton Park last season were memorable: April’s league encounter was won with two goals in the last four minutes; May’s play-off semi-final was a see-saw 2-2 draw, as Gary remembers.
“It was a hard game,” he said. “We knew they were going to come at us; we managed to stay strong and take it all back here.
“They are normally tight games. The two play-off games showed that – one goal in it. I don’t see it being any different this time. They have got a massive promotion push as well as we have; there’s everything riding on it.
“Every season is a long season but we have now effectively put it in our own hands. It’s up to us to get over the line. Simple as that.”