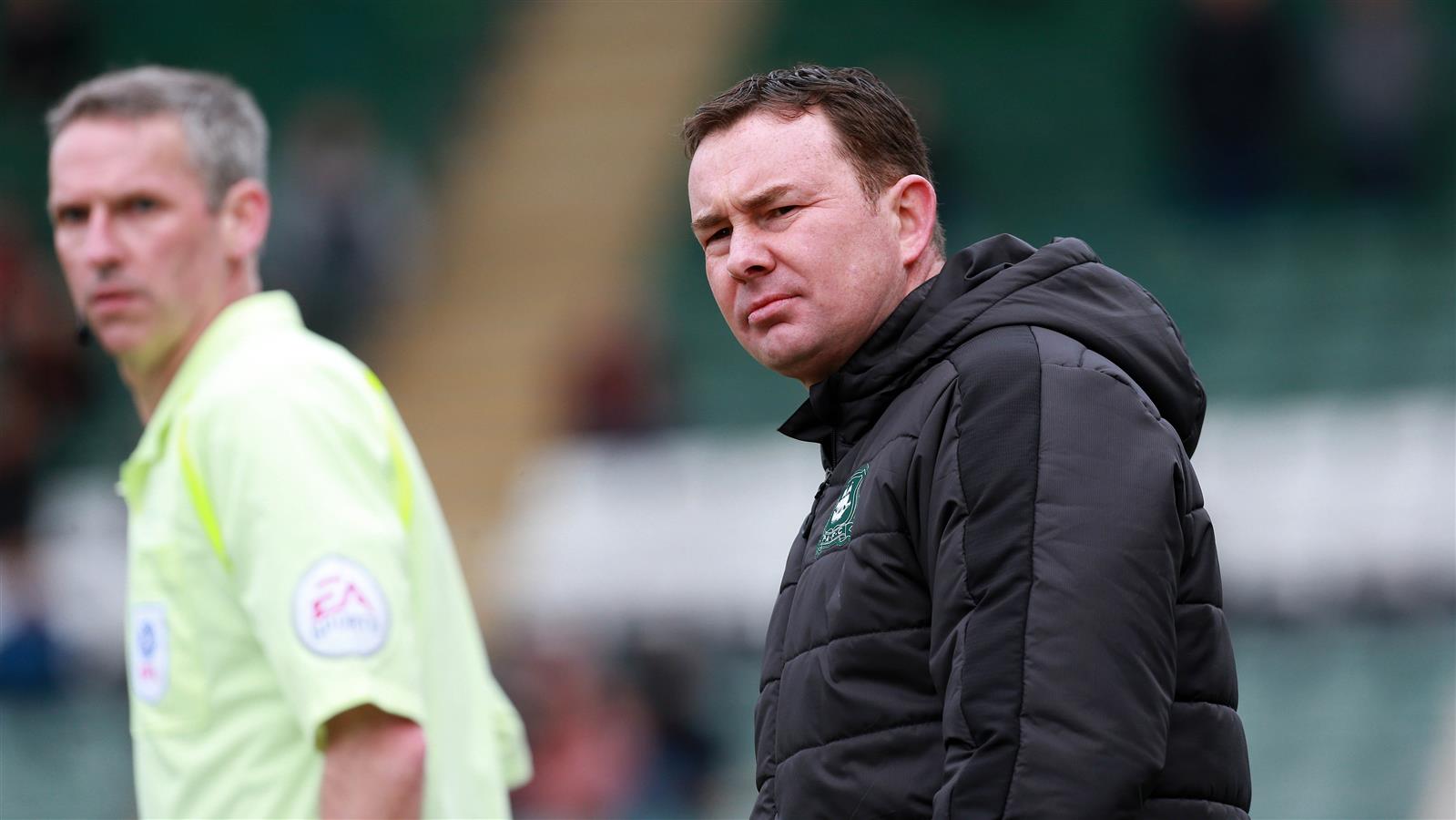 A SLUGGISH start from Argyle cost them dearly against Accrington Stanley, as the visitors capitalised on Derek Adams’ side moving slowly off the line to grab a 1-0 win.

Bringing an eleven-game unbeaten run to Home Park, it was clear that the Greens’ fixture against Accrington would be far from an easy stepping stone to hop across in their bid for Sky Bet League Two promotion. Unfortunately, though, a stuttering start from Adams’ side gave the in-form Stanley all the encouragement they needed to keep their impressive run going.
The away side threatened early on and, after Gary Miller conceded a free-kick in a dangerous area, Jordan Clark headed in the set-piece after eight minutes, putting Argyle in a position they struggled to recover from for much of the first half.
“I thought that Accrington started the game better than us,” said Adams. “They were able to go ahead after eight minutes; we give away possession and a cheap free-kick – a good ball into the box that we didn’t defend well enough. They then had something to hold onto.
“I thought we didn’t start very well. In first half, we could’ve taken off eleven – or ten, as Luke [McCormick] didn’t have much to do. The other ten players in the first half did not perform. We could’ve taken off any of them, because the performance wasn’t good enough.”
Still, Derek’s side created chances and, by the hour mark, were dominating proceedings. Accrington admirably staved off the majority of Argyle’s attacks and, when the Pilgrims did find themselves with a clear opportunity, they were denied by the outstanding Marek Rodak between the Stanley sticks.
“Their goalkeeper’s had three world-class saves,” said Derek. “We’ve had one cleared off the line as well, chasing the game. Did we deserve to take something from the game? I think we did. Did we do enough to win it? The answer’s no.
“We had opportunities but unfortunately, their goalkeeper has come in and their run of good form has coincided with his arrival.”
It was certainly not through lack of trying in the second half, either – from the perspective of both the players and the boss. Adams made a triple substitution shortly after the break, bringing on Yann Songo’o, Nathan Blissett and Ryan Taylor to try and force the issue.
“We were getting nothing and we just needed to try something,” said Derek. “We tried a number of different things. It was just a period of the game where we needed to try and pick up the second ball. We got crosses in, we got things on target, but we weren’t able to find that equaliser.
“We had two players up front, we had full backs pushing on. We tried a variety of different options today, but the players weren’t good enough today. End of story.”