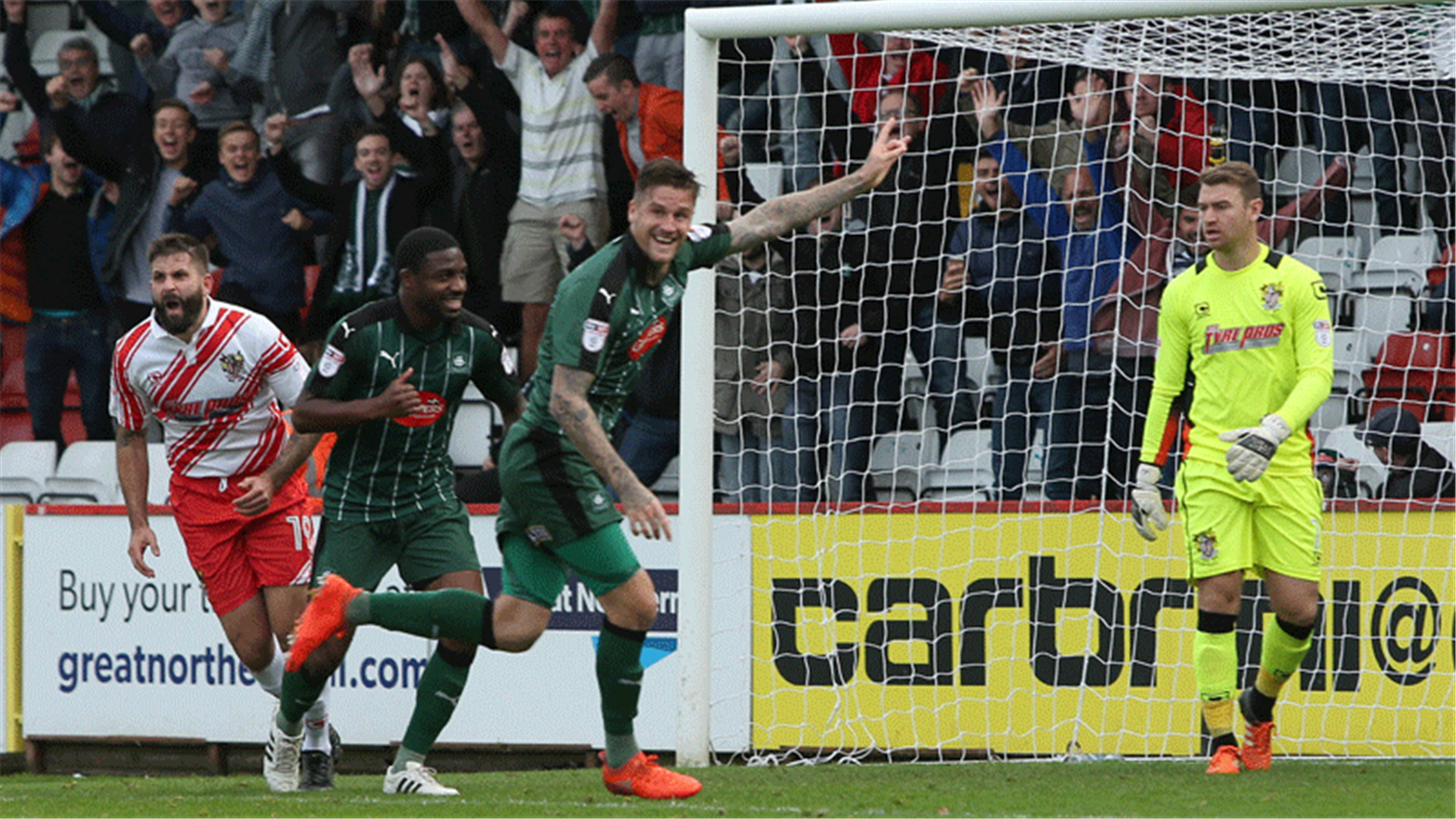 Home Away From Home

The six-and-a-half-foot defensive tower has been superb for Argyle – his fourth permanent club – since his arrival in the summer. Now, with only six games to go in the Sky Bet League Two season, Sonny has the chance to visit his last two homes.
Before Argyle travel to Portsmouth for a mouth-watering battle of two promotion-chasing sides, the Greens head to Crawley, seeking three points that could put them in touching distance of promotion by the time they get to Fratton Park.
Bradley spent a season at Portsmouth before departing for Crawley, where he stayed for two years, and had a spell as captain.
When Argyle head to the Checkatrade.com Stadium on Saturday, Bradley will line-up against his old team-mates for the first time in that ground. There will be a sentimentality, of that Sonny has no doubt, but he has only objective in mind – winning.
“I’m looking forward to it,” said Sonny. “I really enjoyed my time there for two years. The club is run by some very good people.
“There is some good lads there, and I don’t mind speaking to them after the game, but before the game, during the game, the only thing I am concentrating on is helping my team get the three points.
“That’s at the top of my list. If we do that it will be all smiles after the game.
“But we can’t get ahead of ourselves. Saturday is quite a sticky fixture. Crawley have been unpredictable this season. They aren’t in the greatest form, but you don’t know what can happen on the day and which Crawley team can turn up.
“It will be a tough game no doubt, but we have prepared well this week. If we perform like we have done away from home this season, we’ll be good.”
For the fixture computer to schedule two nostalgia-fests for Bradley in successive weekends is a curious coincidence, but Sonny feels like the first Saturday may afford him less hostility than the second.
Sonny’s time at Crawley went somewhat better, he feels, than his stint at Fratton Park, so he believes that the Reds’ faithful may be the more welcoming of the upcoming venues.
Sonny said: “When you go back to your old club – to be fair I don’t know what sort of reception I’m going to receive – but it doesn’t really matter to me. You can guarantee that when I go to Portsmouth it will be ten times worse there!
“I fully respect Crawley Football Club; they did a lot for me, and I always gave my all when I was at the club. I don’t see why I would get stick there, but this is football. The only priority I have is going there and getting three points.
“My time at Portsmouth wasn’t too pretty. That season at Portsmouth wasn’t a good one for the club. The team never got going. I think I had a good first half of the season, I tried my best. Results weren’t going so well, and with managerial changes I found myself not getting in the team, and I left a year early.
“That’s just the way it goes in football sometimes. I had to deal with it; had to move on – and I went to Crawley. It didn’t go well straight away – I couldn’t get in the team for six months. Dean Saunders came in and gave me my chance, and I took it.
“Unfortunately that season we went down, but the season after Mark Yates gave me the captaincy, and it went on from there. I played every game last season. It wasn’t the greatest season but, with all the changes happening, the club would have taken it.
“It is fair to say that I had a better time at Crawley than I did Portsmouth, but I still respect both clubs.
“I want to win on Saturday so that it makes the trip to Portsmouth a little bit more comfortable. We could potentially secure promotion there. It is something to look forward to.”